The Pend d’Oreille Winery will be showcasing Sandpoint artist Bruce Duykers’ artwork through the month of November as part of its regular rotating series of art receptions. Duykers will display 16 pieces of illustrative art and abstract oils, as well as a few watercolors. 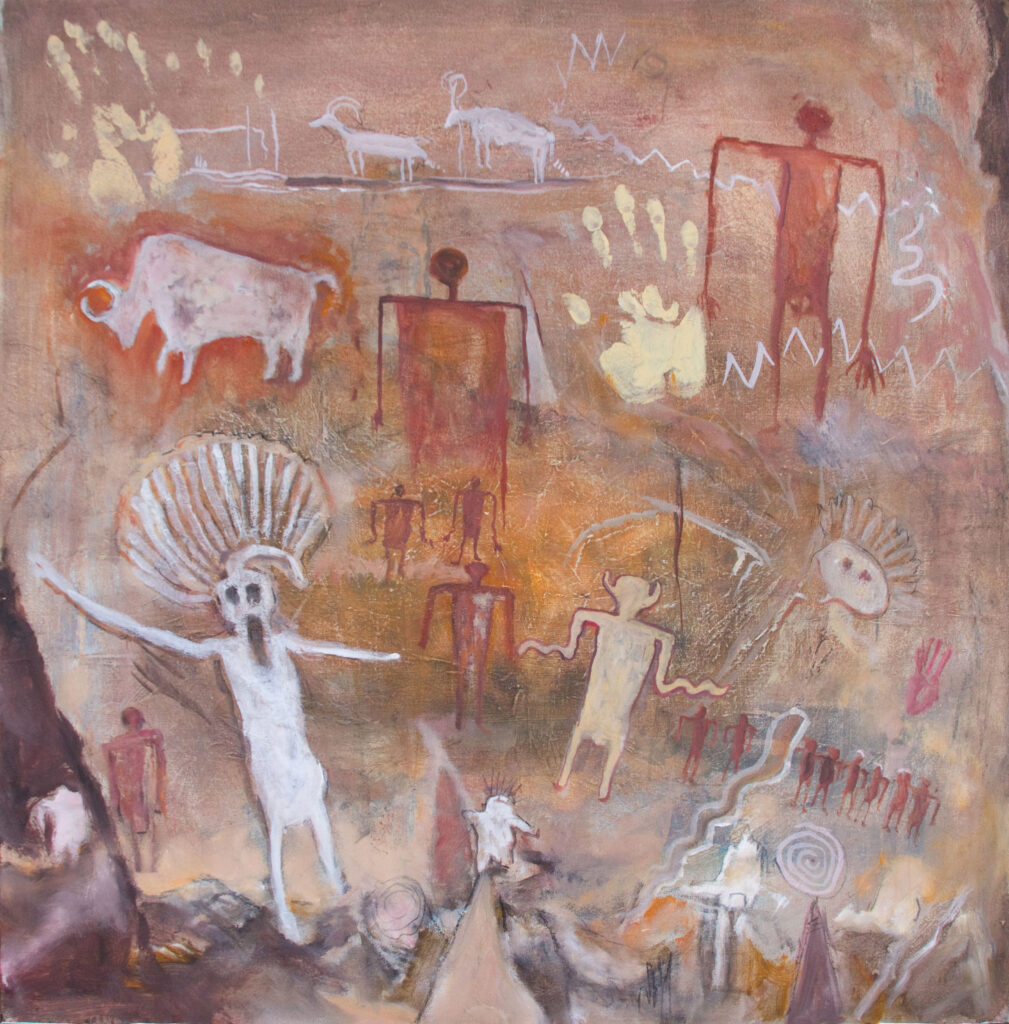 “The Ancient Ones,” a painting by Bruce Duykers.

Duykers trained at the American Academy of Art in Chicago, where he studied realism and watercolor among other mediums. He then went onto a career in advertising as an art director. After more than a decade working on layout, lettering and creative ideas for national television commercials, he made a change to start doing voiceover work for television and radio.

Fifteen years and thousands of commercials later, Duykers moved to the West Coast and began his own art journey. He dabbled in western related artwork for a time, focusing on cowboy scenes of yesteryear. After moving to the Sandpoint area in 2001, he then began gravitating toward styles like modern art and plein air painting, which have captured his attention ever since.

“Abstract is like jazz,” Duykers told the Reader in 2019. “You go away from the tune a little bit and do a little scatting and, hey, it’s kind of interesting. But it isn’t a can of soup and it isn’t a bunch of guys riding horses and roping cattle.”

Pend d’Oreille Winery will display Duykers’ paintings through November, showing many of his different styles over the years. Check them out yourself and have a glass of wine at 301 Cedar St. in Sandpoint.