An Interview with Ziggy Marley

I spoke to Ziggy Marley on the phone this week about his upcoming show at the Festival at Sandpoint. The six-time Grammy winner, Emmy winner, humanitarian, singer, songwriter and producer was gracious enough to make time for our small publication. 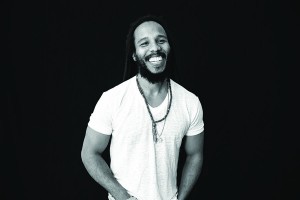 Ben Olson: So you’re playing the Festival at Sandpoint in August…

Ziggy Marley: Ya mon, on my last tour we stopped in Idaho twice. We didn’t play, we were on our way to somewhere, and I was like, ‘Why am I stopping in Idaho twice without playing?’ It don’t make any sense. So I was like, ‘Next time when I go to Idaho, I’ve got to play.’

Your latest album “Fly Rasta” makes about 12 albums you’ve released, is that right?

How do you stay so creative and prolific? Do you have a secret?

I don’t know, because I’m starting to write songs for the new album, it’s just flowing. Everything is super flowing. I don’t have a secret. I don’t know the secret. It just happens, you know.

You released a children’s book called “I Love You, Too” recently. What inspired that?

The children’s album [I released] a few years ago, “Family Time.” Doing that album was a really interesting point in my music because it made me relax a little and let go a little bit more. After doing that kid’s album, I wanted to speak to kids. The book is very important for my voice to have a place in children’s world.

Your father [Bob Marley] is one of the most influential and important musicians in the world. Do you feel that you are furthering a legacy with the Marley name?

Where is reggae music going in the future? 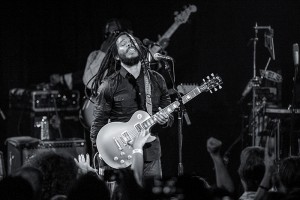 It depends on the people that are making it. My mind is open so the music opens. If more artists or more individuals open their minds, then the music will open. But if some people’s minds are set in one direction, the music will be set in that direction. Music really depends on the person who is doing it, and who they are, what they are. As I said, my music is original because my mind is open and I’m not trying to compete with anything else, I’m just trying to be creative and be as natural as possible.

Yeah, three years ago I think we started that.

What brought that on?

Music today is not just about music. You know, you have to expand. The ideas that we have cannot live in one place alone, so we expand into books and into food, because the ideas, that’s how you spread it. Doing the food thing is a good way to bring the organic coconut oil to the world, it is something I grew up with in Jamaica. It’s something that the world should take more advantage of. People need to realize it more, I think. The general population needs to be aware of these things. It’s just a vehicle to get the ideas out.

How do you feel about the recent decriminalization and legalization of marijuana in some states?

I think it’s a matter of the truth coming out. It’s a matter of accenting reality. It’s a good thing. Marijuana is not like a bottle of Pepsi. You need to educate the children properly, which should be a part of this whole legalization. Educate them about what it’s all about and what it is. It’s something that shouldn’t be taken too lightly. It’s something that can alter your life, if you’re not careful what you do. Educate the children, that’s the key.

Speaking of children, do you play music with yours?

Oh ya mon, we play all the time, we write songs together.

Thank you for your time, and we’re really looking forward to seeing you at the Festival at Sandpoint in August.

Looking forward to coming. We’re going to have a good time and enjoy ourselves.