Owen Benjamin is coming to the Panida Theater for a “Date Night Comedy Show” on Monday, Sept. 30. The 39-year-old New York native is also a classically trained pianist, but he’s bringing with him much more baggage than a microphone and sheet music. 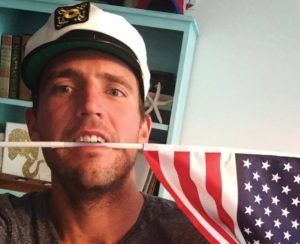 Once an up-and-coming stand-up, in recent years he has been shunned by the entertainment industry, barred from venues around the country and established himself as a darling of the alt-right.

Asked if she was familiar with the mass of controversy trailing behind Benjamin, Panida Executive Director Patricia Walker said “just a little bit.”

“I didn’t come across whatever the hugely controversial stuff was,” she added, noting that Benjamin rented the theater — he was not booked by the Panida. “We don’t censor; we’re here for the entire community, but we don’t allow hate speech and he was all in favor of that. People can vote with their money.”

Pariah status didn’t come immediately to Benjamin, who landed a supporting role in The House Bunny in 2008. The same year, he and Christina Ricci — with whom he starred in the rom-com All’s Faire in Love — announced they were getting married, though the engagement ended after a few months. Benjamin appeared on Comedy Central Presents in 2010, acted in three seasons of the TBS comedy Sullivan & Son from 2012-2014, appeared on Inside Amy Schumer in 2014 and was a frequent guest on The Jay Leno Show and Fallon, among others. He has toured with Vince Vaughn and also had a part in the Adam Sandler flick Jack and Jill.

Yet, Benjamin’s mainstream success effectively came to an end in October 2017, when he called NPR host Jesse Thorn a “child abuser” for giving his 3-year-old the choice to identify as male or female.

That was the least of the controversial remarks Benjamin increasingly shared on social media, but it resulted in the cancellation of an appearance at the University of Connecticut. From there, his schtick spiralled to the point where, following a February 2018 appearance at his hometown public auditorium — during which he sang a song titled “That N– Stole My Bike” — the town administrator purchased an ad in the local paper apologizing for hosting the show.

The comic responded with a week of diatribes online, including hours-long videos denouncing leftists, censorship and Hollywood.

In March 2018, a Pittsburgh theater canceled Benjamin’s stand-up event after learning of his material and prior public statements. In retaliation, Benjamin engaged in a war of words with a local comic in which he wrote “keep up the shitty improv group or open mic or whatever it is you do… or not.. Say hi to your n— mom for me [sic].” After attacking Parkland shooting survivor David Hogg in April that year — referring to the teenager’s lack of “pubes” — Twitter permanently suspended his account.

Benjamin’s rhetoric has since turned distinctly un-comedic, redolent with anti-Semitic, misogynistic, racist and conspiracist material. In an Instagram post Sept. 21, he seemed to suggest that Israel was behind the 9/11 World Trade Center attacks. On Sept. 22, he shared a Holocaust denial meme pointing to the “alleged ‘homicidal gas chambers’ of Auschwitz.”

On Sept. 23, he posted another meme calling sodomy “genocide” and shot a video criticizing the idea of women in the workplace. On Sept. 25, he shared a post from PragerU claiming that “The Left ruins EVERYTHING,” from universities, religion and free speech to race, the Boy Scouts and “Male-Female.” Accompanying the post, Benjamin wrote: “If you look at the people involved in ever[y] example he lists it’s much more accurate to say ‘jews.’ Obviously there are many exceptions but it’s an infinitely more accurate term than ‘left.’”

Beyond all that, Benjamin denies the 1969 moon landing ever happened.

“They told me that it was PG-13,” Walker said, referring to conversations with Benjamin’s agent. “They’ll be using the piano and he wanted to record some stuff that parents won’t be afraid to play in the car for their children.”

That said, the promotional material for the Panida show, provided by Benjamin’s people, specifically states the event is “Rated R-Only21+.”

“It’s a fine line. Where would the community like me to censor?” Walker said. “I’m just the caretaker and, at this point, I had six whole people at the movie last weekend and a fundraiser that went south, so I’m trying to figure out how to keep the doors open. It’s a fine line on what I can turn away.”