With the launch of the Conservatory Concert Series, the newly redesigned Little Carnegie Concert Hall at the Music Conservatory of Sandpoint is poised to share music with the community for years to come. Consisting of eight performances each year, the series showcases the highest caliber in classical performance by MCS faculty and guest artists. 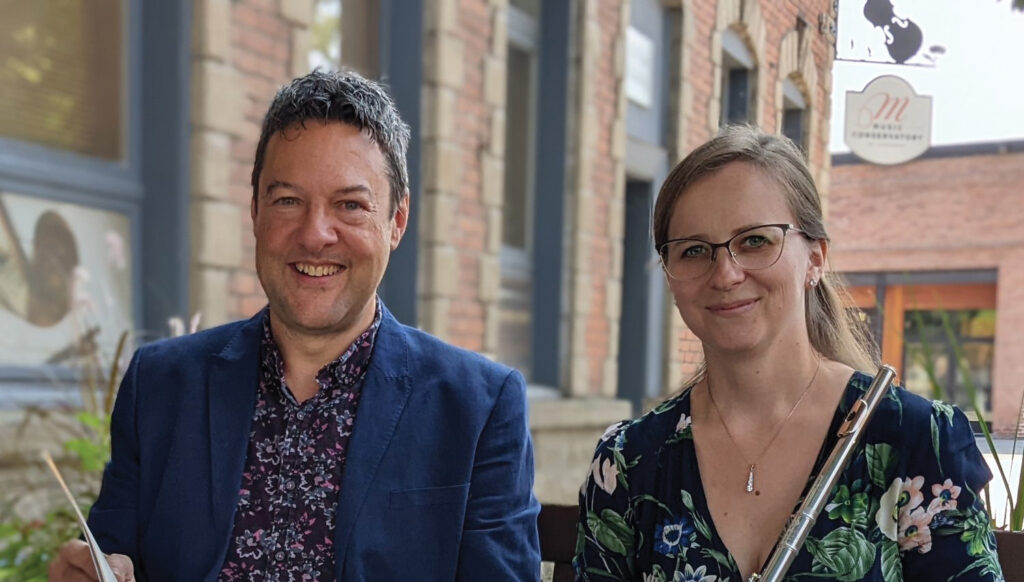 The inaugural Conservatory Concert Series event, scheduled for 7 p.m. on Friday, Sept. 23, will be “20th Century French Bijoux for Flute and Piano,” with Gosia Dauksza and Matthew Goodrich on flute and piano, respectively.

“In this program, these powerhouse musicians take on some of the most virtuosic and distinctive music composed for these two instruments together,” according to concert organizers.

As Dauksza said, the audience will enjoy “a satisfying musical bouquet of innovative and attractive works featuring dazzling cascades, luscious harmonies and the essence of impressionism and café music — all served up with trademark French gentility.”

“An Evening in the Gardens of Spain” continues the series on Friday, Nov. 4, at 7 p.m., presenting Matthew Goodrich, who, following his university doctoral research, has performed French and Spanish piano repertoire over the past decade throughout the United States. Goodrich will be joined by special guest pianist Melody Puller.

The program, highlighting Spain’s “golden age of piano music” at the turn of the 20th century, promises “a few surprises along the way” while displaying technical wizardry, vivid colors and rhythms, and traditional dances.

Both concerts feature intimate, cabaret-style seating, with a curated selection of French and Spanish wines available for purchase. Seating is limited to 70 attendees, and advance tickets are recommended. Tickets are available online at sandpointconservatory.org/events or may be reserved during business hours at the MCS office.

The new Little Carnegie Concert Hall, accommodating up to 90 concertgoers, is acoustically optimized to showcase musical talent from around the region, nation and world.

Little Carnegie is located on the ground floor at 110 Main St., in downtown Sandpoint, within a historical building that houses 18 teaching studios and rehearsal rooms, which support private music study as well as a wide variety of groups including youth choirs, orchestra, contemporary ensembles, and handbell and percussion troupes.