From Hope to Priest River, state and local fire crews have been busy

An extremely active electrical storm in the early morning on June 15 saw lightning strikes all over the county, with one bolt making contact with tinder and sparking a wildfire on U.S. Forest Service land in Hope.

The Sam Owen Fire District shared the events that led up to the location and containment of the burn on its Facebook page, reporting that — with the help of the local USFS fire crew — the fire was limited to one-tenth of an acre.

Since the fire was burning in such rugged terrain, the SOFD used one of its firefighters’ personal utility terrain vehicles to drive the fire crew as far as it could up the mountain, from which point firefighters “hiked the remaining 800 vertical feet and were on scene at approximately 11:30 a.m.”

The fire was contained within that same day. 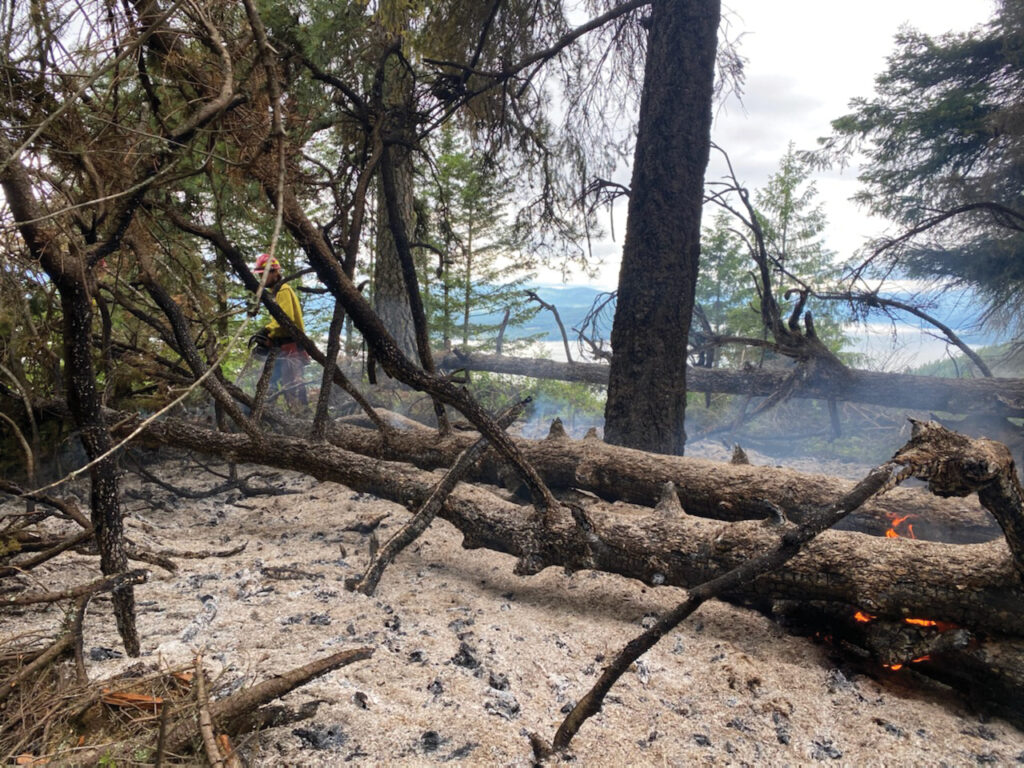 “A huge thank-you goes out to those who spotted the smoke through the low clouds and the help we received from the community in locating and accessing trails to get the USFS crew up to the fire,” SOFD officials shared on social media.

SOFD Co-Chief Tim Scofield told the Reader that while his district has been “fortunate” to see very few wildland starts so far this summer, the same is not the case across North Idaho. Co-Chief Stu Eigler said that “county-wide, it has been a lot more active than prior years.”

While lightning started the Hope fire, another current North Idaho wildland burn has no known cause as of June 23. The Little Pine Fire, located on Idaho endowment timberland seven miles north of Priest River in Pine Creek, was spotted the afternoon of June 22, and grew from just a dozen acres to about 320 acres overnight.

“Fire crews are on the ground, dozers and excavators are establishing fire lines, and aircraft pilots are collecting water from the Pend Oreille River to drop over the fire,” IDL shared in an update, noting that high winds were to blame for the rapid fire growth.

“Extreme weather is in the forecast,” officials stated. “Please do your part to prevent wildfires. Make sure campfires are completely out, do not park on dry grass and check vehicles for dragging chains.”