About that Boise-area man who occupied VP Pence’s Senate seat, then disappeared

By Harrison Berry
Special to the Reader

In the now-notorious photo, a man in a black jacket and stocking cap with a red stripe sits in the seat usually reserved for the vice president of the United States. His right arm is raised in a fist-pump. One member of an insurrectionary mob that stormed the U.S. Capitol on Jan. 6, his name is Josiah Colt, and he is from the Boise area, according to the Idaho Statesman. 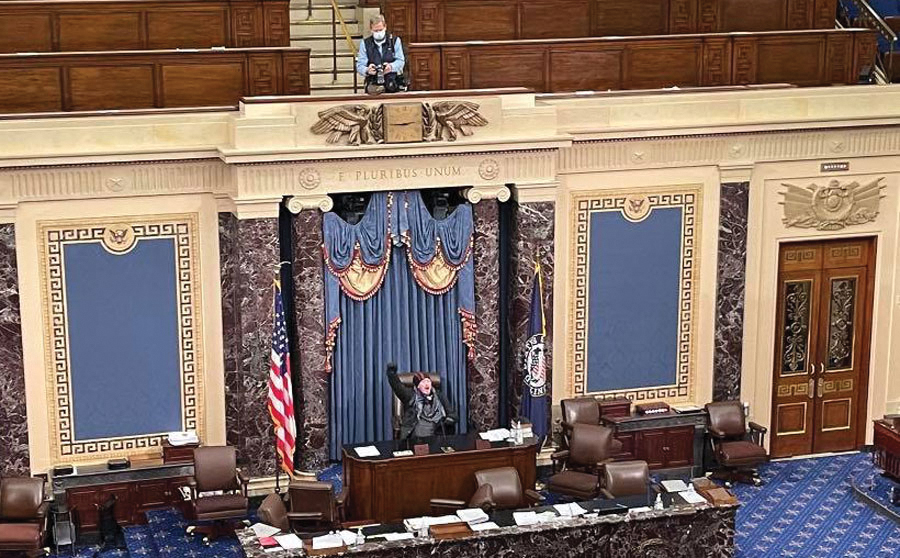 “I’m in downtown D.C. I’m all over the news now. But, like, I’m just like every single one of those people that was marching. A peaceful protest. We’re here to represent America,” he said in a video posted to his social media accounts. “Yeah, I did sit in Nancy Pelosi’s seat.” [He was incorrect, of course; he was actually invading the U.S. Senate, where Vice President Mike Pence presides.]

A slew of photos and videos attest to Colt’s presence in the Capitol Building and his reckoning of events that day. In one photo, he is shown hanging from the balcony above the Senate floor. In another, he’s sitting in the seat normally reserved by Vice President Mike Pence. But soon after releasing that video, he went dark on Twitter, Facebook, Instagram and YouTube, though previous posts show him espousing conspiracy theories about the pandemic and the COVID-19 vaccine.

In one Facebook post showing a picture of Boise Mayor Lauren McLean, he wrote “Somebody needs to put this lady in a box and send her to China where she belongs.” He appears again in another Facebook post from user Ronnie Sandlin: “My fellow patriot Josiah Colt sleeping ready for the boogaloo on Jan 6th.” In it, a man wearing what looks like a Trump face mask is in a hotel bed, his eyes closed and with a pistol in his hand. A comment attributed to Colt reads “Ready for any battle.”

“Boogaloo” is slang for violent insurrection or civil war.

Despite his personal social media blackout, many of the photos and videos ascribed to Colt or depicting him have gone viral, in part because of Tyson Quick, who told Boise Weekly he knew Colt from high school and church.

When Quick began to see photos of Colt appear online, he sent a message to him over social media. That, he said, is when Colt began deleting his social media accounts. Quick then made an initial post on social media asking if anyone had information about the event and Colt, and a friend shared the videos Colt posted just after leaving the Capitol, which Quick posted on YouTube. As of this story, his video has been viewed more than 50,000 times.

“I posted on Facebook to see if anyone had any information, and a bunch of former friends and current friends in Idaho started sharing information, which included a video he posted, expressing that he was one of the first to jump into the Senate chambers and sit in the chair, which he thought was Nancy Pelosi’s chair,” he said. 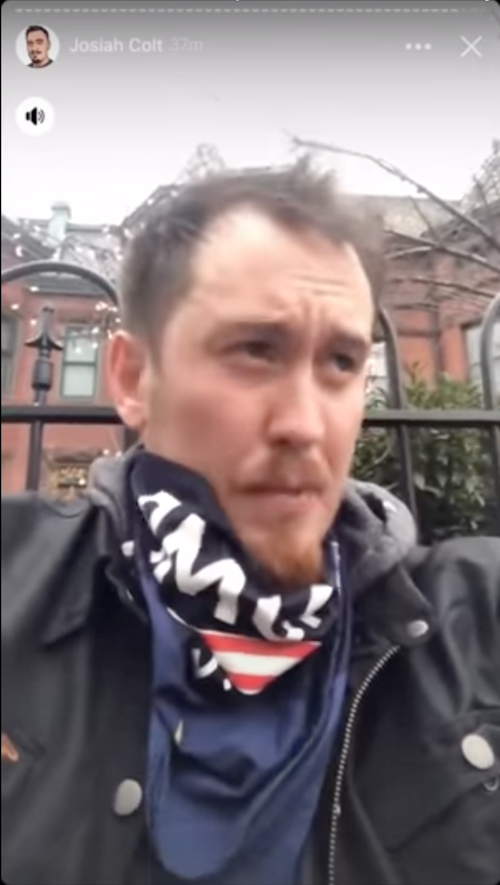 Hours later, Quick posted a second video of Colt being interviewed. In it, Colt wears a helmet that he brought with him to the insurrection.

“If violence happens, like, it happens; but we’re not going to start it,” he tells the interviewer.

Few have had contact with Colt since he stopped responding over social media. Channel 2, however, received a statement from him in which he apologizes for his actions, described the Senate chamber as a “sacred place” and said he felt he brought shame to his country and his state. According to Boise news Channel 2, he has sought legal counsel.

It is currently unclear what kind of legal situation Colt might face as a result of his activities on Jan. 6. Dozens of people were arrested the day of the insurrection according to NPR, and while he may face charges in Washington, D.C., over his activities, U.S. Attorney for the District of Idaho Bart Davis released a statement saying that his office “will prosecute any crimes if in the course of the investigation there’s a lawful nexus to Idaho jurisdiction.”

Harrison Berry is managing editor of the Boise Weekly. This story originally appeared on boiseweekly.com.

Update: As of Jan. 12, news sources in southern Idaho as well as the Ada County Sheriff’s Office confirmed that Josiah Colt voluntarily surrendered himself to authorities. He is currently being held by U.S. Marshals at the Ada County Jail. It was immediately unclear what charges he may face after his participation in the Jan. 6 riot at the U.S. Capitol, which included widespread damage and the loss of five lives.