‘The Last of Us Part II’ and the dimensions of hatred

Hate is a hell of a thing.

It’s a destructive force, one that hurts the hater even as it does the hated. To paraphrase Prince Ashitaka in Princess Mononoke, it eats a person alive and can be fatal if left untreated.

That raises the question: If hatred is so universally destructive, what does it take to excise it? 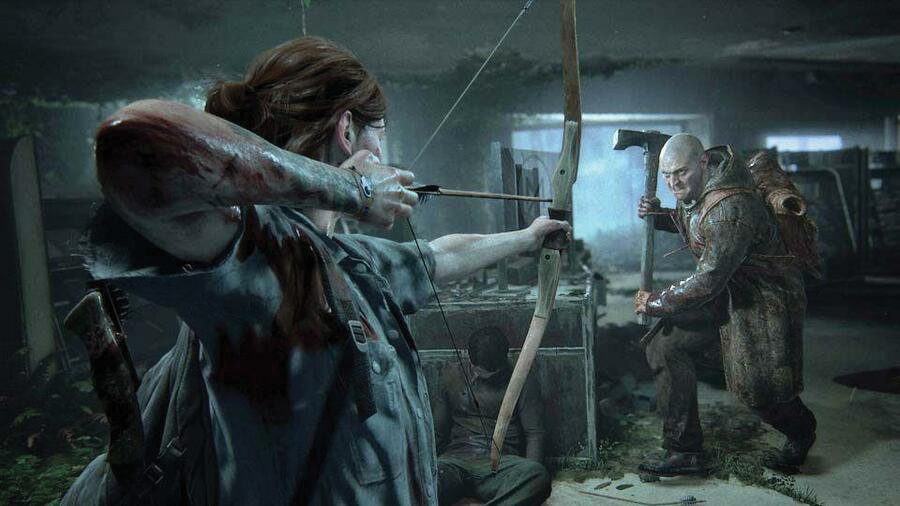 Courtesy image from The Last of Us Part II.

The Last of Us Part II is a post-apocalyptic survival game that takes that question seriously. To its credit, it avoids simple answers and banal truisms. Instead, it portrays hatred as a morass. Once you’re in it, there’s no easy way to escape it.

It doesn’t take long for that theme to strike home in TLOU2. Ellie, the much-loved co-protagonist of The Last of Us, is living happily in the Jackson, Colo., settlement following the events of the first game. Her life is something close to normal, routine zombie-slaying patrols notwithstanding. She has friends, a crush on the girl next door and is a part of a community, though an unspecified tension lingers between her and Joel, the first game’s other protagonist.

Then some visitors come to Jackson. And they burn that peaceful life to the ground.

Be warned of SPOILERS for The Last of Us ahead:

The first game ends with Joel successfully delivering Ellie, by now his surrogate daughter, to the Fireflies militia group, as he was hired to do. The Fireflies believe they can use Ellie’s natural immunity to develop a cure for the zombie outbreak triggered by the cordyceps fungus. But when Joel learns that the Fireflies must kill Ellie to potentially save millions, he murders them and whisks her back to the Jackson settlement.

Give TLOU2’s writers credit. They understand the moral ambiguity of the characters they’ve created. And they knew that failing to reckon seriously with Joel’s climactic decision would be dramatic malpractice. Instead of brushing it aside, it forms the backbone of the sequel’s plot.

It’s easy to become invested in Ellie’s quest for revenge. We’ve already spent a whole game developing an empathy for her and her plight. But what makes The Last of Us: Part II truly special is the bold choice to turn our empathy against us halfway through the game.

I’ll never forget the night I experienced TLOU2’s startling structural 180. At first, I was angry and annoyed. Then slowly, I grew to appreciate, even admire, the creative team’s intentions.

The gameplay does a serviceable job supporting its dark themes. A refinement of its predecessor’s formula, it retains the beautifully balanced survival mechanics, where careful players are rewarded for efficient resource use. The combat, meanwhile, is remarkably more fluid. Encounters are far more expansive, and each weapon in the arsenal is an irreplaceable tool to complete them. Weaving in and out of stealth gives the player an edge, but differing enemy types prevent an over-reliance on a single tactical approach.

Tying it all together are enemies with clever AI, who mourn their murdered companions and die gruesome, brutal deaths. The game goes out of its way to humanize its cannon fodder, which would have landed as trite window dressing if not for that dramatic narrative shift.

It’s easy to see why TLOU2 sent the internet into a tizzy. A large percentage of its toxic discourse can be disregarded as fanboy whinging. Others have reasonable criticisms of the gameplay, story and character choices. Still others have valid misgivings about the game’s LGBTQ+ representation and game developer Naughty Dog’s exploitative work culture.

But for me, TLOU2 was one of 2020’s most powerful works of art. When the credits rolled, I sat for a long while in contemplative silence.

Perhaps just as important, it was a game that met the moment. Because I, too, have spent the past several years mired in hatred. I hate the discord and dysfunction of modern politics. I hate that hundreds of thousands of Americans are dead for no good reason. I hate that basic dignity and justice are still so elusive for so many. And I hate the feeling of powerlessness that feeling instills.

Just like Ellie, that hate will be with me for a long time. I can’t just let it go. But there’s a way to live with it and not be consumed.