‘This is totally doable’

When Reclaim Idaho launched in the summer of 2017, the grassroots group hung its hat on three missions: strong public schools, protected public lands and health care for working families. The organization, responsible for leading the charge in expanding Medicaid in Idaho, is now shifting gears to education, as the Idaho secretary of state’s office greenlit a ballot initiative in late October that aims to bring up to $200 million of annual investments into the state’s K-12 public schools. Organizers call it “Invest in Idaho.” 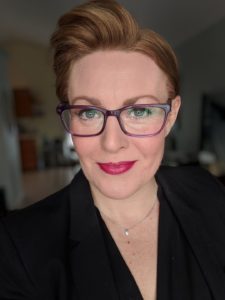 “We are at a crisis point with Idaho’s public schools and it’s time to act,” Reclaim Idaho co-founder Luke Mayville said Oct. 25 following news that the initiative would appear on the ballot. “We are hearing the same thing from people all over the state. They’re worried about losing teachers to other states and they’re concerned their kids will not have the skills they need to get a family-supporting job in their communities. The Legislature has had ample time to address the crisis. It’s now time for the people of Idaho to take action.”

The initiative proposes increased taxes for about 5% of the Idaho population combined with a tax increase for corporate entities. Reclaim Idaho Executive Director Rebecca Schroeder said her team worked with experienced bill drafters, retired judges and attorneys while referring to legislation in surrounding states that pursued similar paths in order to help fund public education.

Schroeder said that Idaho is now 50th in the nation for per-pupil spending. While she sees that as a crisis, she’s heard the argument that when it comes to schooling, “money isn’t everything.”

“Money isn’t everything, but when we can’t afford to keep the lights on, money isn’t nothing,” she said.

The Invest in Idaho legislation would increase tax rates 3% for people making more than $250,000 per year individually, or for married couples making more than $500,000 together. The tax rate for both in- and out-of-state corporations would also increase to 8%, which was the rate from 1987 to 2000.

Schroeder said the Invest in Idaho proposal would not financially impact 95% of Idahoans, and that only the “wealthiest individuals will see a very modest” tax increase.

“It’s not putting anybody in the poor house,” she said. “This is totally doable.”

Schroeder said that when Reclaim Idaho mobilized a volunteer workforce to gather signatures for Medicaid expansion, most involved were learning the process for the first time. When it came to canvassing neighborhoods and talking to voters about Medicaid, Schroeder said there was a bit of a learning curve. With the Invest in Idaho initiative, she said things are already going a lot smoother.

“Now we’ve totally got this thing,” she said.

Reclaim Idaho has until April 30, 2020 to collect all required signatures in support of the initiative, and until May 1, 2020 to submit those signatures. Despite proposed legislation and much discussion in 2019 about changing the state’s ballot initiative signature requirements, the same rules apply as when the group worked to get Medicaid in front of voters — volunteers must collect signatures from 6% of voters from 18 of Idaho’s 35 legislative districts. According to a Reclaim Idaho statement, that means 55,057 signatures is the goal.

Schroeder said that in light of this new initiative, she is often asked whether Reclaim Idaho is opposed to the recommendations that recently came out of Governor Brad Little’s K-12 education task force, including providing greater opportunities for all-day kindergarten, letting school districts be more flexible with funding and updating teacher salary allocation to help the state retain educators. She said her group is in favor of any effort to improve Idaho schools, but that the Legislature’s continued lack of action made the Reclaim Idaho team feel as though it was time to take matters straight to the voters.