When executive director of the Panida, Patricia Walker, invites people to upcoming dinner theater show “The Mysterious Murder of Madeline LaMar,” she tells people it’s going to be a “killer dinner party.” The pun works on several levels, and chairman of the Panida board Robert Moore hopes the positive connotation of “killer” shines through on Oct. 5 and 6. 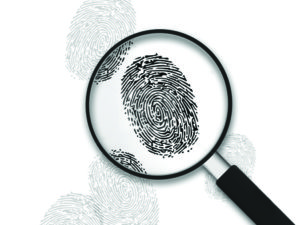 “I want it to be fun,” Moore said. “(This is) live theater outside of, ‘We just sit in the dark and eat popcorn and watch our friends.’”

This means attendees on stage at tables will enjoy appetizers, drinks and dinner while actors perform among them. The audience will also participate by guessing the murderer for a prize, but a few will also get a chance to act.

“You don’t have to be classically trained,” Moore joked about the participating audience members. “It’s supposed to be fun, not ridged and stuffy.”

“The Mysterious Murder of Madeline LaMar” is the Panida’s fall fundraiser, Walker said, and she is excited to host a fundraiser within the theater for a change. The play is an original written by local woman Teresa Pesce, and inspired by actual Panida ghosts, Walker said.

“This was a cool way to combine history, theater and little fun,” she said.

Walker noted that “vintage” dress is encouraged, as the play is set in the 1940s. She said she is most excited for attendees to sit on stage, offering a change of perspective and a full experience.

“That’s the highlight of what the Panida offers: an experience,” she said.

Appetizers from Trinity at City Beach will be provided, beer and wine will be available for purchase, and dinner — catered by Alex Jacobson of Pack River Store — will consist of red wine and rosemary braised beef, creamy roasted garlic mashed potatoes and salad.

Moore admitted that getting people out on the town — instead of at home watching Netflix, for example — is a struggle historical theaters like the Panida face, and that doing something creative like “The Mysterious Murder” is an attempt at reminding people how special the Panida is.

“We want people to come in, have a glass of wine, enjoy the food and the ambiance and guess the murderer,” he said. “When people leave I want them to think, ‘I’m so glad I spent the money.’ I want (this event) to build the buzz about the Panida.”

“The Mysterious Murder of Madeline LaMar” will grace the Panida stage Oct. 5 and 6. Doors open at 7 p.m. Tickets, which cover the three-course meal and the show, are $45 and can be found online at panida.org. Seating is limited, so early ticket purchasing is advised.