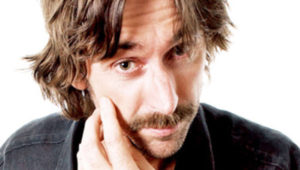 Kirk Fox has made a name for himself in comedy, and he’s bringing his act to the 219 Lounge on Saturday, Sept. 22. Show host and producer Morgan Preston said he’s excited to share Fox’s talent with Sandpoint.

The night will also feature Greg Kettner, a young comic from Walla Walla, Wash. Preston said Kettner and Fox are two of the hottest names in the world of stand-up comedy right now.

“Everything I’ve been bringing in is high end. These are the top people in our industry,” he said. “Everyone (I bring to Sandpoint) has some relevance at the time they perform. I’m bringing that same quality (on Sept. 22).”

Preston said he enjoys bringing comics to smaller towns like Sandpoint because the audiences at the 219 and other smaller venues don’t get stand-up shows in their area very often.

“If the audience is good, the shows are good,” he said, adding that he’s heard several of the comics he brings in talk about how great Sandpoint was after performing there. “(The shows) become magical, and comics talk about those places.”

That “magic” comes not just from the laughs, but also from the atmosphere and overall production, Preston said. He said he prides himself on producing quality shows that make people want to come back.

“There’s more to comedy than going up and telling dick jokes,” he said. “You have to work with people and work on the details: good lights, good sound and a good staff. This is art, dude. We’re here for art. We’re here to listen to storytelling.”