A factory, a bridge and the name that made them legendary

Exploring the origins of the ‘Popsicle Bridge’

One Friday afternoon with nothing pressing to do, I turned onto the “Popsicle Bridge road.” My eyes habitually searched for a stand of aspen trees that no longer beckon with their fluttering green or golden leaves. This left me hunting nostalgically for a glimpse of something that would place me in a Sandpoint before my time, when I imagine things were quieter, quainter.

I passed an old metal barn, the blooming lilacs at its edges a balm for my malaise. Down the winding hill, I wandered out onto the bridge and was jolted with confusion. On a dozen walks along Sand Creek or canoeing through its channel, I had seen the Popsicle Bridge from a distance and told myself it was so named because it was supported by rows of cedar pilings, like the Cedar St. Bridge in miniature, or a row of popsicle sticks. My brain must have been forcing associations where there were none, or I desperately needed to visit the eye doctor. Clearly, the bridge beneath me was built on a concrete frame with an open passage underneath and simple railings made of two-by-fours. 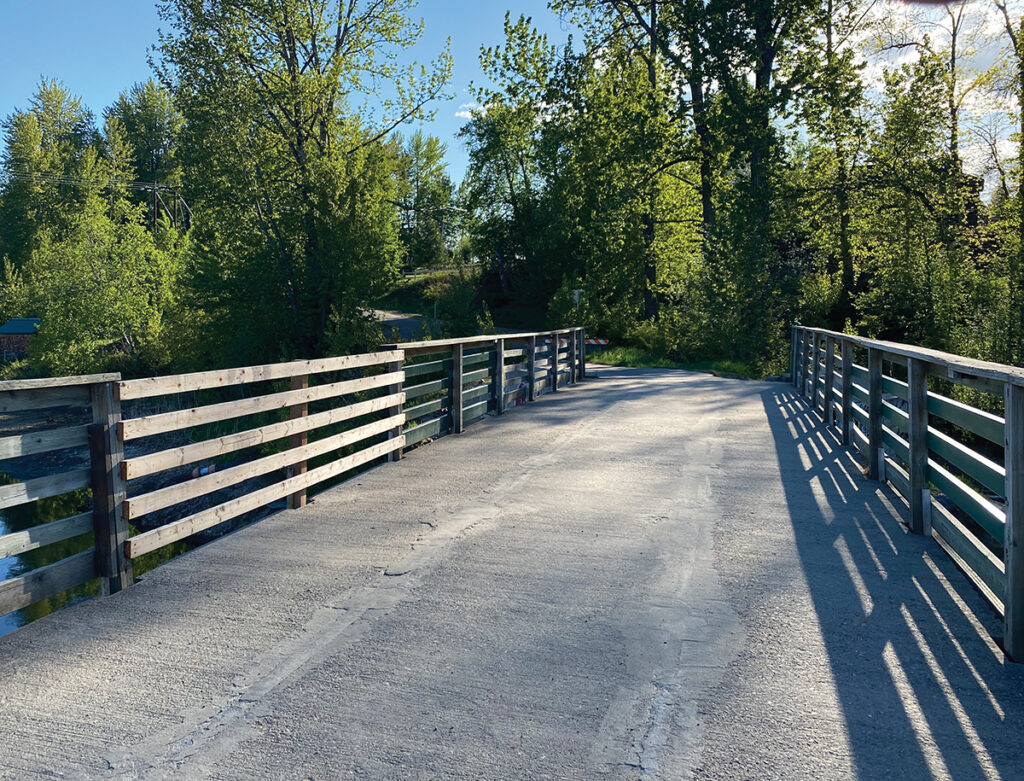 One illusion shattered and opened up a bigger mystery. How did the moniker “popsicle” arise if it didn’t allude to the bridge’s appearance? Thanks to BCHS’s historical archives, I was able to find out.

In June 1966, the father-son team of Laurin and Gary Pietsch — savvy businessmen who helmed the Sandpoint News Bulletin — partnered with mechanical engineer Bert Satterlee to form SS&P Products, Inc. They set up shop in a “modern plant” just north of town on Airport Way (now E. Mountain View Road), in which they manufactured thin sticks for ice cream bars. The local birch was ideal for these products, as its density helped it withstand the pressure of being treated, and its mild scent didn’t impact the flavor of the ice cream.

Satterlee had previously managed his own manufacturing business, Plylite Inc., in the 1950s, which created birch paneling for home interiors.

“Bert Satterlee and his wife were my parents’ best friends,” remembered Dutch Miedema. “When I was a teenager, [Bert] built a machine to peel birch logs in my dad’s machine shop in Spokane. Before they opened [the Sandpoint factory] he toured me through there; it was amazing with all the punch presses and other machinery.”

When it opened, PP&S was “the only manufacturer of stamped hardwood veneer products in the West,” according to an article in the Sandpoint News Bulletin. Later that year, PP&S announced, “Second floor space is being added inside the building to allow expansion of the plant’s packaging and grading abilities.”

The owners hoped this expansion would bring production up to 1 million ice cream sticks per day. But by late 1969, PP&S closed down and auctioned off its building and equipment.

Bert Satterlee led a long life full of varied interests. He was a “honky-tonky piano player” and piano tuner who led a dance band in the ’30s. He was also known for designing a steel trolling fishing rod in the late 1940s, which is considered a rare collector item today. In the ’70s, he was the first to advocate for a Goodwill store to benefit the newly-formed senior center.

Gary Pietsch is a retired newspaper editor and small business owner who, among numerous accomplishments, has written two books on Bonner County history to benefit the museum — both of which can be found at the museum gift shop or at bonnercountyhistory.org. 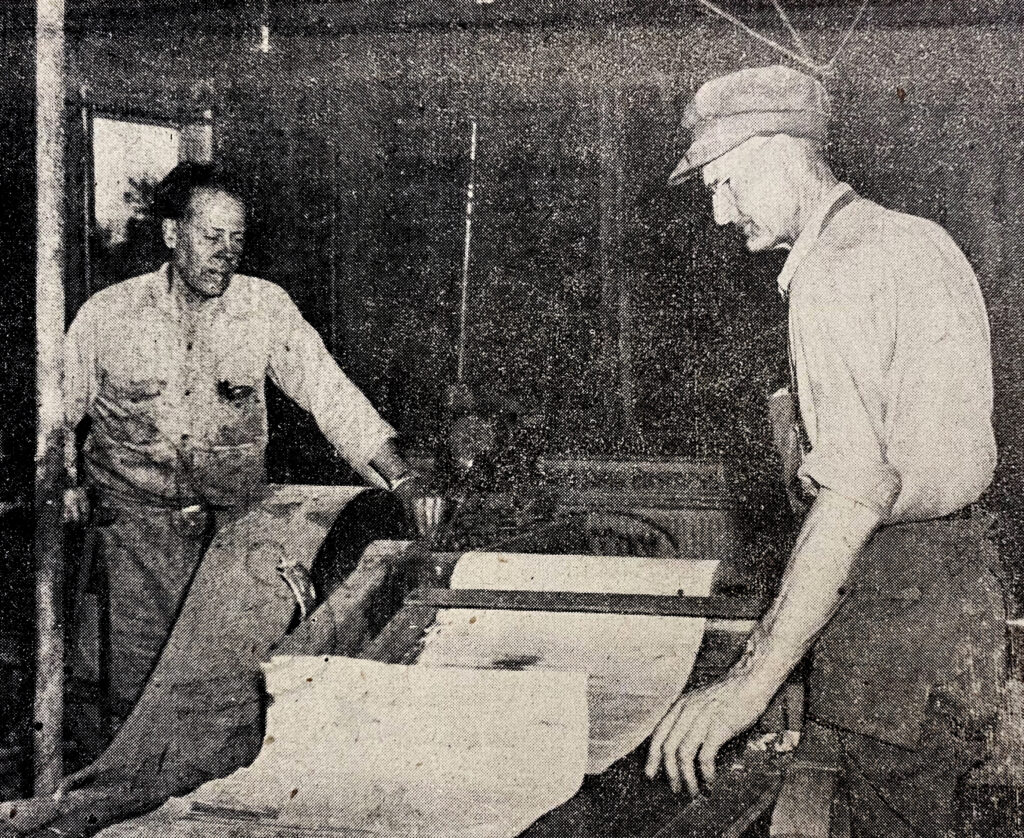 The popsicle factory was no business empire. It didn’t make men rich, and its history is chronicled in only a few short newspaper articles. But it met a unique need, and it employed more than 20 people for a short time. Like most small businesses, it made an income for local families then disappeared into obscurity over the next couple of generations.

Or it would have, if not for the association with a little bridge down the street that borrowed its nickname and became the “Popsicle Bridge.”

Originally the bridge was an access point to the highway for people living on the north side of town. During highway reconstruction in the early ’70s, the creek crossing was rerouted and the Popsicle Bridge was condemned. In 1998, the North Idaho Bikeways nonprofit led a fundraising effort to rebuild the Popsicle Bridge for bike and pedestrian traffic, creating an integral link in the Sandpoint area bike system.

In the summer, the bridge is regularly frequented by anglers, kayakers and bikers.  There’s nothing quite like the thrill of rushing down the steep hill toward the creek on a bike.

The popsicle factory may be an old metal barn overgrown with lilacs, or it may have been torn down years ago. It’s hard to know without knocking precociously on doors and asking questions. On a glorious spring day with the scent of lilac in the air, it feels right to let legends rest; to let layers of stories past and lives lived sift together down by Sand Creek.