2020 was one hell of a year; here are some good things that happened

During “normal” times, the last page of the calendar usually brings wistful looks back at the year that has passed and hopeful views of the year ahead. Let’s face it, though: 2020 was not a normal year. A quick glance at the worst events reads more like a straight-to-DVD apocalypse film script than reality: an ongoing pandemic that has killed more than 1.7 million people worldwide; nationwide protests kicked off by the police killing of George Floyd; unrest and polarization that resulted from lockdown orders; devastating bushfires in Australia; wildfires that destroyed communities, cost lives and caused weeks of hazardous air quality in the western U.S.; volcanic eruptions, earthquakes and a heightened hurricane season; and a presidential election that brought the U.S. to the brink of civil war, to name a few. There was even a plague of locusts reported in East Africa to round out the Bingo card.

But all that is behind us now as we embark bravely into 2021. In the spirit of putting our best foot forward, it seems necessary to glance back at some events that happened in 2020 that showed humanity still has a beating heart. 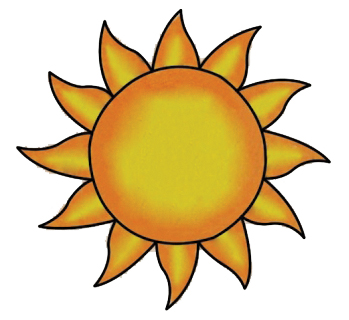 After COVID-19 became a reality in the U.S., and despite a concerted effort to downplay the virus by some of the nation’s top leaders, scientists responded with unprecedented speed and a common goal to decode the virus, then discover and manufacture vaccines that can slow or prevent its spread. The vaccines were developed with huge thanks to the thousands of people who volunteered to take experimental jabs — at some risk to themselves — so they could be adequately tested and approved. Hopefully, midway through 2021, enough people will have been vaccinated to facilitate some semblance of life before COVID-19.

Thanks to COVID-19, many in-person services had to adapt by connecting people via Zoom or FaceTime video chats. When life returns from the plague reality, there will likely be an explosion of person-to-person connectivity, but the advances made in telehealth, remote work and virtual gatherings will likely outlast the pandemic, creating another way for humans to be together from far apart.

The 2020 presidential election saw a record number of Americans turn out to vote, embracing mail-in ballots and early voting to make this process more manageable during the pandemic. The more voters that participate in an election, the healthier a democracy is, despite the delusional efforts by President Donald Trump and his minions spreading the idea that there was massive voter fraud. There wasn’t.

After Trump’s unprecedented assault on the integrity of the electoral process, local and state election officials from both sides of the aisle showed courage and integrity by resisting Trump’s attack on our most important civic institution and standing by their work. This included many staunch Republicans who even said they voted for Trump, but stayed true to the law and principle — even in the face of violent threats directed toward them and their families. This shows that there are still honorable elected officials who continue to place the country before their party affiliation.

Mississippi replaced its state flag, which had formerly featured a Confederate battle flag. Congress voted to rename 10 Army installations that had previously honored Confederate generals. NASA renamed its headquarters in D.C. after Mary W. Jackson, the agency’s first Black female engineer. Though facing tough resistance, Americans began to slowly reckon more honestly with their history. There is a long way yet to go, but any and all movement in the right direction is a win.

Carbon dioxide emissions declined in 2020, in part because of a recession, but also because the cost of renewable energy sources such as solar and wind is declining. The Biden administration has said it will rejoin the Paris Climate Accord and China has even pledged to reach carbon neutrality by 2060, giving climate activists reason to hope that in the near future our world comes to terms with the reality of climate change in earnest.

Yeah, lockdowns suck, but the increased time at home did lead to some positive outcomes. People around the country busted out their sewing machines from the closet and sewed masks for people who needed them most. Home and garden sales boomed during the worst months of the pandemic, as more people got into gardening, canning and cooking from home. Restaurants revamped their business models to incorporate more take-out options, which will hopefully serve as a revenue boom for them even after the pandemic. Americans rushed to adopt and foster pets from animal shelters. Puzzles and board games became cool again — did anyone foresee a rush on chess boards? It wasn’t just home activities that boomed during the pandemic; sales of bikes, helmets and other outdoor accessories soared as people sought the great outdoors for socially distant activities outside the home.

Looking back on 2020, it’s hard to come to the conclusion that we’re better off than we were at this time last year, but human history is filled with examples of people overcoming adversity to continue the pursuit of a better world. Sometimes we have to see the dark to seek the light. It’s my hope that despite the widespread division that runs rampant in our country right now, we will continue to move forward and truly embrace Abraham Lincoln’s hopeful words in his first inaugural address in 1861: “We must not be enemies. Though passion may have strained, it must not break our bonds of affection. The mystic chords of memory, stretching from every battlefield, and patriot grave, to every living heart and hearthstone, all over this broad land, will yet swell the chorus of the Union, when again touched, as surely they will be, by the better angels of our nature.” Here’s hoping we all live by those words in 2021 and let these last 365 days fade away as we move forward to a brighter tomorrow.