A documentary for our times

The good news is The Antidote is a wonderful, uplifting documentary film. The bad news? That it had to be made in the first place.

The Bonner County Human Rights Task Force and KRFY 88.5 FM are joining forces to present a free film on Friday, Dec. 10 at 7 p.m. at the Panida Theater. The Antidote is a film made in response to our current times, which can often feel like they are deteriorating. Attendance is free for all who would like to watch the film. 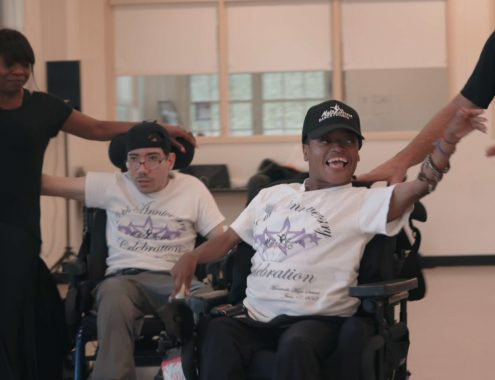 A screenshot from the documentary film “The Antidote.” Courtesy image.

Directed by Academy Award-nominee Kahane Cooperman and six-time Emmy-winner John Hoffman, The Antidote aims to drive a national conversation about the roles that kindness, decency, compassion and respect play in a civilized, democratic society. The Antidote is about everyday people who make the intentional choice to lift up others, despite the fundamentally unkind ways of our society, which are at once facts of life in America yet deeply antithetical to our founding ideals.

While it’s easy to court despair in the face of monumental, structural problems, The Antidote tells stories of compassionate people intentionally leveraging the resources within themselves and their communities to give others a chance at a better life.

The film covers several uplifting stories from people trying to make the world a better place. One story follows a single mother in Texas struggling to pay the bills but who obtains a community college degree, knowing it’s her best shot of getting out of poverty and into a living-wage job — and ultimately a better life for her and her son.

Aware of the challenges facing his students, the college’s president has made it the school’s responsibility to remove barriers to education, empowering a team of social workers to support students both emotionally and financially.

Another story involves a Boston nurse who invites homeless people into her clinic for the simple purpose of soaking their feet, knowing that this tender act is the gateway to providing comprehensive health care for these people. Meanwhile, a doctor who has been caring for the homeless for 35 years cares for his patients in parks, train stations and the streets of Boston where they try to survive.

At its core, The Antidote aims to showcase the best parts of humanity in a time when we’ve seemingly forgotten how to care about one another. It’s a well-intentioned documentary that might just be exactly what we need right now: hope.

“This isn’t a film about an idea or a policy, but rather how we treat one another,” wrote the filmmakers. “It’s about who we are, or maybe, who we can be.”