Taking the sand out of ‘Sand Point’

By Hannah Combs and Will Valentine
Reader Contributors

“‘Sandpoint’ suggests and always will suggest to the outsider a dreary waste of blowing sand,” wrote George R. Barker, editor of the Pend d’Oreille Review newspaper, in 1913.

Today we may scoff at this ungenerous description of the natural beach from which Sandpoint takes its name. We might chuckle at the alternate names townspeople proposed to replace Sandpoint, including Corbin City — intended to draw railroad business from D.C. Corbin and the Spokane International — or Lucerne, after a beautiful lake in Switzerland but ultimately deemed too romantic a name to “tickle the fancy of the old timers.” 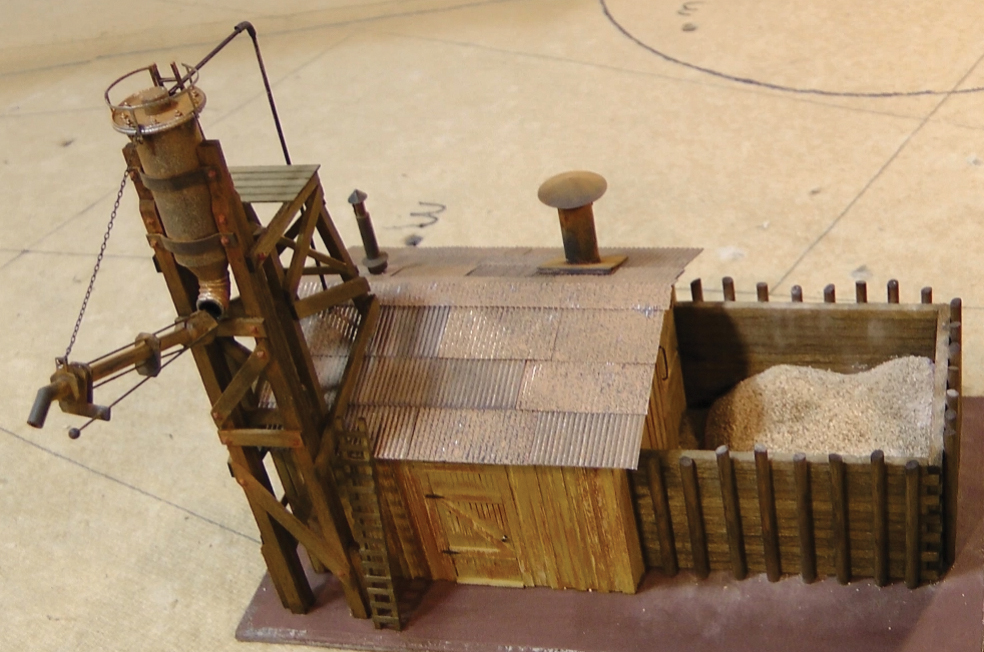 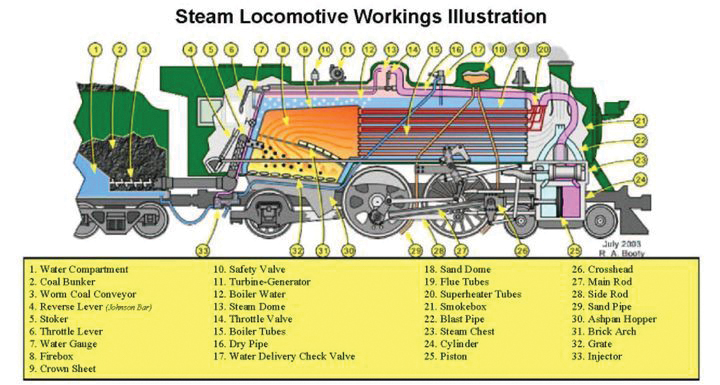 A diagram of a steam engine, including its sand dome (18) and sand pipes (29). Photo courtesy Bonner Co. History Museum.

In the early 1880s, according to Mel Nesbitt, a child at the time, “the bathing beach was a mountain of glistening white sand with a few pine trees on its crest.” The sand was deposited by the currents sweeping around the point and down the river. The Kalispel and other Salish tribes regularly camped on the pristine beach; but, by the turn of the century, the iconic “sand point” was no longer the natural beauty of years past and neither was it yet the idyllic, manicured spot we know today.

When the Northern Pacific railway came through in 1882, the shore of Lake Pend Oreille swiftly turned into an industrial center. Docks popped up to service the steamboats hauling building supplies from the south end of the lake. Then lumber mills sprang up to produce railroad ties and other building materials. A town grew along both sides of the NP track to house the railroad workers, their families, visitors, lumbermen and merchants.

Barker’s biting criticism of the name Sandpoint continues: “[Sandpoint] is a misnomer and a relic of a bygone day when the Northern Pacific went into the lake to procure sand for its right-of-way and the town that grew up along the track took the name of the siding.”

Though it’s unlikely unstable sand was actually used for a right-of-way, by the time the NP rail line was complete, the bounty of fine, silky sand to the east side of the track was certainly singing its siren song to the company. Why would a powerful company like the Northern Pacific be so enchanted by mounds of mundane crushed stone?

At the time, hauling tons of freight in a single trainload was possible through the use of powerful steam engines. Though steam engines were an efficient method of transportation, they could sometimes be foiled by the lack of friction between the steel wheels (drivers) on steel rails. Despite their inherent power, the driving wheels would lose adhesion with the rails and would slip, flattening the rail.

Sometimes a steam engine simply couldn’t muscle its way up a steep grade or even get started. Think of trying to climb a steep hill on a bicycle from a dead stop. It’s tough but doable with enough exertion. But what if the bicycle was hooked up to dozens of bike trailers loaded with brimming growlers? Impossible.

The secret ingredient to starting a train and climbing a grade is fine, dry sand.

The profile of a steam engine is topped by a medley of figurative and literal “bells and whistles,” as well as two distinct domes. In front of the “steam dome” is the “sand dome.” When the engineer identified a challenging patch of track — such as a rail slick from rain, wet leaves, dripping oil or a steep grade — they would release sand from the dome. Fine, dry sand would run down narrow piping and drop just in front of the drivers, sprinkling the track and providing just enough traction to help the train keep moving. Today’s diesel engines still use sand for traction.

One story from railroad history describes a locust infestation on the Great Plains, when insects were so numerous they covered the tracks. When an engine ran them over, the oils from their bodies completely greased the rails. Without the traction provided by the sand, the trains would have been literally halted in their tracks.

On the rail lines that crossed through the Rocky Mountains and Cascades, steep grades were hard to avoid, making sand essential. Yet it was difficult to come by a reliable inland supply until the NP tapped the potential of the sandy shores of Lake Pend Oreille. The sand at Sandpoint’s beach was deemed perfectly suited to serve the Northern Pacific’s rail line.

Though the fineness of Sandpoint’s sand was desirable, one characteristic was absolutely essential: The sand had to be bone dry to be effective. The Northern Pacific set about building a “sand spur,” or dead-end track, off their main line near the Sandpoint depot, down toward the beach.

Next to it, they built a “sand house.” The damp sand was stored in a fenced area next to a small building. Inside, sand was shoveled into a furnace and dried. The sand was then loaded into gondola cars and transported to a sand tower. An engine at a maintenance facility would sidle into a sanding spur, stopping under the sand tower while a hostler or fireman filled its sand dome.

With so much industrial activity happening on the shores of Lake Pend Oreille, it’s no wonder that the citizens of early Sandpoint were eager to draw attention away with a more “distinctive” name. At some point, it seems that the Northern Pacific was at risk of over-extracting from the beach. Mel Nesbitt remembered, “Only congressional action on request of the local citizens’ petition presented in person by W.F. Whitaker [the first state senator from Bonner County] stopped the devastation.”

The “dreary waste of blowing sand” was eventually restored by the healing river currents. Over the years the area has been reimagined many times, becoming the recreational space we all know today. From Indigenous camping grounds to a sand pit to City Beach, the face and shape of our “sand point” has changed frequently. Through it all, despite decades of disagreement, the name Sandpoint has stuck around.