In an update shared with the Reader on June 28, U.S. Army Corps of Engineers spokesperson Scott Lawrence said that the Albeni Falls Dam — located on the west side of the county and responsible for controlling how much water flows through the Pend Oreille River from its source in Lake Pend Oreille — would begin shifting operations to attempt to get the lake at a consistent summer level. 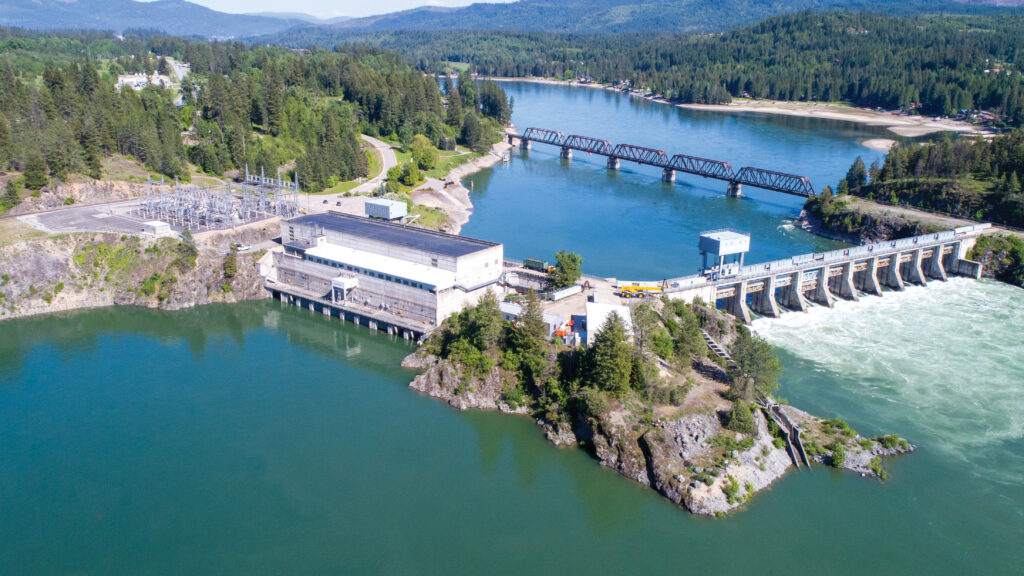 Due to cooler spring temperatures, several storm systems and a sizable snowpack, the panhandle has seen a rapid late-season inundation of runoff into local water bodies. Because of this, Albeni Falls Dam has increased outflows in order to avoid flooding upstream. The dam has decreased those flows from 84,000 cubic feet per second to 74,000 in a continuing effort to bring Lake Pend Oreille to its summer pool of 2,062-2,062.5 feet.

“Albeni Falls Dam is transitioning off free flow operations following the flood event of mid-June,” Lawrence said. “Project outflows will continue to decrease over the next few weeks.”

“Reducing these higher-than-normal outflows over the next one to two weeks will be accomplished using the spill gates to regulate outflow and not the powerhouse,” he added. “This will result in courser operations for outflows and slightly greater lake level fluctuations than typical summer operations. Once flows recede enough we will bring the powerhouse online and more finely regulate outflow and lake levels.”

Lawrence said that due to “natural constriction” at Dover, “the water surface elevation between Dover … and Albeni Falls dam will differ by around 10 feet when the lake elevations and discharges are high.” He added that 10 feet is about the peak difference that should be seen, and “right now we are [at] about seven feet and the differences will reduce as outflows reduce.”

Projections for Albeni Falls Dam inflow, outflow and Lake Pend Oreille elevation at the Hope gage, courtesy of the Northwest River Forecast Center, can be viewed at nwrfc.noaa.gov/rfc.

USACE officials continue to monitor the Clark Fork Drift Facility, where a 100-foot segment of log boom failed during the aggressive runoff.

In the meantime, boaters are advised to watch out for debris in the lake that may have gotten past the boom system. While Bonner County Sheriff’s Office Marine personnel are working to flag large debris, local authorities request that boaters report any additional hazards to the sheriff’s office by calling 208-265-5525.

A temporary order extending no-wake zones on all navigable Bonner County waterways to 500 feet is still in effect.