You got a friend in me

Evil is no doubt the predominant preoccupation of humankind — if it wasn’t, we’d have no need for its supposed equal and opposite. There’d be no religion; no laws; no social norms and mores; no conscience; very little, if any, art. That latter notion being particularly true of drama. What’s any story without conflict, and what greater conflict than between good and evil? As the (slightly modified) saying goes, “If the Devil didn’t exist, it would be necessary to invent him.”

This is the animus — marshalling both its meanings as animosity and impetus — of the HBO Europe series 30 Coins (30 Monedas), a potent brew of high-stakes theology, small-town politics, outsized personalities and horrifying monsters. 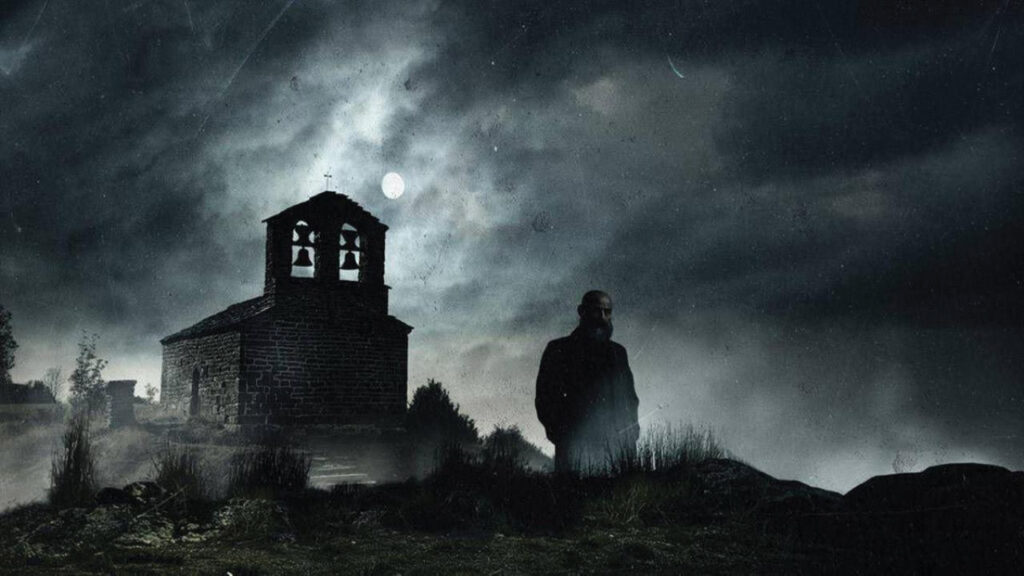 The Spanish-language series deftly mingles the sacred and profane, the mundane and the profound, culminating in a whole that has drawn overwhelmingly positive reviews from the likes of rogerebert.com to the AV Club, all applauding the show’s sweep, aesthetic and superbly balanced ensemble cast.

Comparisons crop up in these reviews nodding to Twin Peaks, The X-Files and any of a host of telenovellas — especially those including a conflicted priest. To that I would add the subversive ecclesiastical conspiracies of Dan Brown’s Angels and Demons and its subsequent Robert Langdon novels (as well as the films they inspired) but, of course, better.

If that seems like a lot to throw at the wall, it’s because it is. The show’s basic premise reads like the setup to a bizarre joke: a boxer/exorcist/ex-con priest, a mayor and a veterinarian confront a rising tide of supernatural evil in a backwater town in Spain, where everyone has a secret and the very streets are haunted by the real-life ghosts of history from the Inquisition to the Spanish Civil War. (Lest we forget, Spain was the first and last fascist state of the 20th century, only becoming a democracy in the late 1970s, after the death of Generalissimo Francisco Franco in 1975 — for vintage SNL fans: He’s still dead.)

The first episode could be easily expanded into a feature film. Hell, the title sequence alone is a Goya-esque thumbnail of the crucifixion of Christ — complete with a cameo by the Spear of Longinus — and subsequent suicide of Judas Iscariot, whence comes the show’s titular 30 silver coins.

Right off the bat we know there’s something rotten in the state of rural Spain, as a cow seemingly gives birth to a human baby. The put-upon suave-yet-doofussy mayor and his scheming society wife then have to figure out how to stage-manage this grotesque occurrence, balancing 21st-century concerns about social media virality and local politics with Old World superstition.

Enter the emotionally complicated town vet (and unhappily married mayor’s love interest), whose flabbergasted perspective on these strange events serves as the ground wire for the following narrative. Semi-spoiler: Don’t let your cowbabies grow up to be giant demonic spiders.

Then there’s the village priest — Father Vergara, who sips espresso, smokes cigarettes and whales on his punching bag in the rectory, battling his inner demons while maintaining his physique. This padre is built like a brick cathedral, sporting an aggressive salt-and-pepper beard and shaved head, barely able to pack his fireplug body into his cassock.

It’s immediately clear that Vergara has been around — his flashbacks clueing viewers into a tumultuous past as a globe-trotting exorcist who did time after the kid he was trying to de-demonize died of a heart attack mid-salvation. However, before the possessed gave up the ghost, a silver coin inexplicably worked its way out of his wrist, falling into Vergara’s possession (so to speak). You guessed it: It was one of the 30 pieces of Augustan silver paid to Judas to betray Jesus.

Vergara has held onto this coin for all the intervening years, and he’s in this little town as a sort of exile. Regardless, since he’s shown up, things have gotten especially weird in the hitherto sleepy ciudad. Someone, or something wants that coin for a fell purpose that raises serious questions about the nature of good and evil.

The three central characters established — the mayor, the vet and the priest — we’re off to the races in a truly stylish, at times darkly funny, frequently really horrifying and delightfully blasphemous romp toward armageddon.

30 Coins checks a staggering number of boxes yet manages never to feel bogged down, never scattered and — rarest of all qualities — consistently creepy. Stream it on HBO Max.