You CAN go home again

But why on earth would you WANT to?

I made a mistake a couple weeks ago; I went home again.

While out snapping photos for a story in the Reader, I drove by the log home my parents built in Westmond where they raised me and my two sisters.

I decided to stop in and see the old place, which I always notice when driving through Westmond. Bad move, Ben. 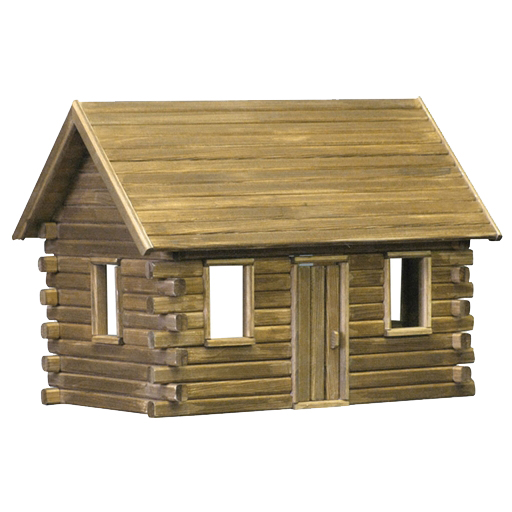 When I was just a young kid whose biggest concerns were playing baseball and Nintendo, this little piece of the world was everything to me. I rolled around in the lush green lawn in summertime, rode snowmobiles around the property in the deep snow of winter, watched as the lilacs and honeysuckle added color to the yard every spring and chopped enormous piles of wood in the fall to fill our shed behind the house in preparation for winter.

I remembered the loose brick on the corner of our fireplace that stubbed my toes about once a month. I looked back on the hot August days when my dad would be out mowing the lawn on his riding mower. Whenever he made a pass closer to the house it meant he wanted a refill on his beer, so one of us kids would scramble to the fridge on the back porch to get him a fresh cold one. I recalled diving off the roof into a pile of snow we amassed after shoveling the walk and burying pets in the back yard after the highway or a coyote took them from us.

Now, some 30 years later, the place is still recognizable, but just barely. The lawn my father sweated over to keep green and lush has grown fallow, with brown weeds and waist-high grass. The swingset we played on every year is gone, as is the enormous rose bush my dad planted for my mom out in front of the house.

The treeline that marked our figurative boundary to the “wild” has been thinned and is filled with the usual detritus many North Idahoans pile on their properties.

I stood there and tried to remember the smell of my log home, the buzzing insects on the fruit trees — also gone — and the chicken coop where we spent summer nights on the roof watching stars and satellites crawl across the sky.

Getting back in my truck to leave, I felt the enormous weight of melancholy. This home was my rock for the first 13 years of my life and now it was just a run-down old log house that only resembled a place where I once lived.

Driving around Sandpoint, I often feel the same way when noticing the changes that have taken place in the almost-40 years since I was born here. Where the rope swing was located by “pre-beach” is now a highway overpass. The building where I managed a bar for three years in my 20s is now a gaping hole in the ground after a devastating fire in 2019. The natural grass at Memorial Field is now a slick lime green field of artificial turf. And so on.

There is even more change coming, especially with Sandpoint City Beach slated to undergo a comprehensive reconstruction in the coming years.

Many of these changes that have occurred — as well as those that are yet to come — are put into motion for the best of reasons, but I still don’t like them. I never have liked change, because I guess it reminds me that I’m growing older and the tenuous grasp I have on the one place that has remained unchanged in my mind is slowly receding into the past. In so many ways Sandpoint is not the same town I grew up in those many years ago, or even 7 or 8 years ago, for that matter.

As more and more of “old Sandpoint” is replaced with a slicker, newer version, I am reminded that change is inevitable and growth is going to happen whether we like it or not. I fear the last year of world craziness will drive even more people to our corner of the world as they seek their own havens, like my parents sought in the ’70s.

But it doesn’t make it any easier, especially on melancholy days while standing before the place where I grew up and barely recognizing it.

It only serves as a reminder that everything is fleeting in this life and that we need to grab a hold of the things and people we love before they, too, drift into the past.

I am getting better at embracing change, mostly because my heart has grown a thick layer over it, thanks to living in paradise that is paving itself over, bit by bit.