You, at the Panida, with live theater

Clue comes to the main stage with local stage production

It’s no mystery that people love Clue. The murder-mystery game — originally an English creation called Cluedo — originated in the 1940s and shortly thereafter hopped the pond as a Parker Brothers product and a long life as a cultural icon. Clue was eventually acquired by Hasbro, and — long predating our current pop culture climate where video games frequently morph into action flicks — in 1985 came to theaters as a cult classic dark comedy of the same name written and directed by Jonathan Lynn (with an assist from John Landis) and starring Tim Curry. 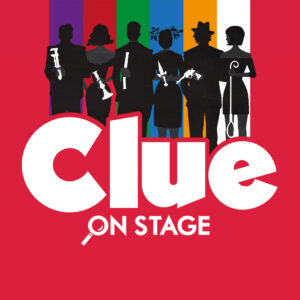 Clue has since continued its multi-media evolution with both a musical and a stage play — the latter adapted from Lynn’s screenplay by writer, comedian and actor Sandy Rustin, which Sandpoint audiences will have a chance to experience Thursday, Oct. 22-Sunday, Oct. 25 on the Panida mainstage.

Presented by Panida Playhouse Players and Blue Sky Broadcasting, Clue will be directed by Becky Revak with some notable local stage veterans in their roles as the iconic guests-turned murder suspects to the ill-fated dinner party at Mr. Boddy’s mansion. Among the players will be Kate McAlister (who audiences may remember from a number of local plays, including Drinking Habits) and Andrew Sorg (who has both directed and acted in several productions, as well as numerous turns in the annual Follies variety show).

Tervan Tavern owner Russ Sabin will take a turn not only on the stage but also designed the set, which, as any Clue knows, is a critical part of solving the “who, with what and where” components of the mystery. The key character of the butler, who guides (or misdirects, as the case may be) the audience and actors through the mystery will be played by Dean Thomas.

Panida Theater Executive Director Patricia Walker said the Clue crew faced some hurdles early on, having to initially start rehearsals over Zoom, “and as you can imagine it’s been tough to pull off during COVID, but there is a stellar cast.”

The upcoming two-hour, PG-rated Clue production will utilize a lot of movement and the full stage — to an even greater degree than many past local live theater shows. Being a rapid-fire (pardon the pun) comedy-mystery, the humor requires spot-on timing and expertly delivered dialogue.

“It’s a really great production,” Walker said, adding that while Mr. Boddy certainly won’t be safe, audience members will be with socially distanced entrance and exit policies, as well as seating spread out with every other row taped off.

Whodunit? You won’t know unless you go.