Feel-good movies – without all the cheese

Let’s face it: 2020 sucks. As we all find ways to supplant the constant bad news with ways to enrich our souls, feel-good movies often distract from the crushing reality of the mean, dark world. The problem is, many “feel-good” films are often confectionary nightmares full of clichés and dumb premises that only serve to make you more melancholy because such tripe was even produced.

In the spirit of wholesome distraction without the cheese, here are my favorite movies that leave you feeling more whole without compromising your artistic integrity. No guilty pleasures here —  only great films that make you feel good. 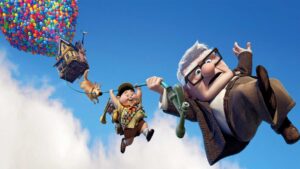 I was one of those kids who rarely watched animated movies, so it’s no surprise that my adult years have been filled with first viewings of animated classics that many of you have seen dozens of times. When I watched the Pixar masterpiece Up for the first time, I was struck with how good I felt about the world afterward. Beginning with the emotional devastation that the elderly Carl Fredrickson feels after his lifelong companion passes away, Up lifts its viewers with the story of this broken-hearted old man’s friendship — and wild adventure — with a lonely child who gives him a reason to smile again.

There’s a lot going on in Little Miss Sunshine. The movie starts by immersing the viewer in an unhappy family’s life as they struggle with their individual demons. The father, played perfectly by Greg Kinnear, is a washed up motivational speaker whose positive affirmations fall flat in the face of his own struggles. The son, played by Paul Dano, has taken a vow of silence until he can become a fighter pilot and get the hell out of his unhappy existence. Steve Carell, playing the gay Marcel Proust scholar who is Kinnier’s brother-in-law, moves in with the family after attempting to end his life after a relationship ends badly.

The highlight of the film is young Olive, played by Abigail Breslin, an awkward ray of sunshine who oddly has a dream to participate in a beauty pageant. The film follows the rollicking, emotional road trip the family takes to Olive’s pageant, showing how even in bizarre circumstances, a damaged family can still band together with love for one another and give a big F.U. to the powers that be. It’s a movie that grabs you with its humor, but keeps you with its honest attempt to show that feeling good isn’t just about ladling on the cheese sauce. 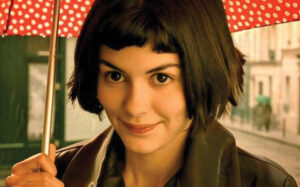 If you weren’t lifted up even a little bit after watching Amélie, you should probably check your pulse, because you’re walking around dead, man. While the charming oddball Amélie, played by French actress Audrey Tautou, secretly helps people who are living unhappy lives, she is woefully unprepared to face her own issues until she finds love. While I am usually opposed to anything resembling a romantic comedy, Amélie is so much more than that. It’s whimsical in just the right amount, portraying Amélie’s shy Parisian life with a fanciful quality that is bolstered by a talented ensemble cast of French actors that pepper this film with equal parts of humor and pathos. There’s a good reason this is the highest-grossing French-language film released in the U.S. 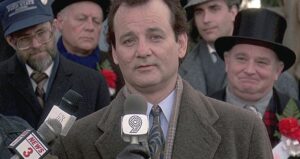 Who among us hasn’t felt as if we’re living the same day over and over again, especially during these turbulent months of 2020? What first appears to be an oddball comedy starring Bill Murray and Andie MacDowell, Groundhog Day is actually an uplifting movie that provides an amazing release in the end when Murray’s vain weatherman character finally overcomes his mundanity by figuring out the deficiencies of his own life. Underneath the heavy subject matter that many have likened to a philosophical allegory of life is a comedic tour de force by the master Bill Murray, who carries this film on his shoulders until his character’s glorious redemption in the end.

Tags: feel-good movies without the cheese