Just across state lines, residents of Whitefish, Mont., are mobilizing against a possible armed demonstration by white nationalists. 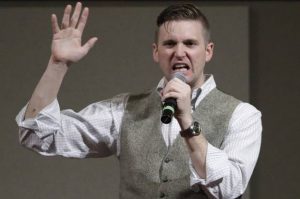 The small ski town, a familiar setting to any Sandpoint resident, is undergoing its own struggle with racist interlopers harassing minority members of the community. The harassment follows attempts by Whitefish officials to distance the town from Richard Spencer, a part-time resident and increasingly visible leader of the alt-right movement.

The harassment campaigns against Whitefish residents, most of them Jewish, and the proposed march are reactions against perceived slights to Spencer’s mother, Sherry. Organized through racist news site The Daily Stormer, the march is proposed for some time in January with claims that more than 200 supporters will be transported in from around the country.

Whitefish Police Chief Bill Dial said that while skinhead groups have as much a right as anyone to march with the proper permits, he and his staff are prepared to take proper precautions. 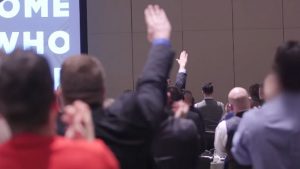 “We condemn attacks on our religious freedom manifesting in a group of anti-Semites,” the letter reads. “We stand firmly together to send a clear message that ignorance, hatred and threats of violence are unacceptable and have no place in the town of Whitefish, or in any other community in Montana or across this nation. We say to those few who seek to publicize anti-Semitic views that they shall find no safe haven here.”