Let’s face it. Redheads tend to stand out from the pack.

For author Heidi Mannan, her hair color is both a source of her identity and something that isolates her from the normal crowd. It’s a reality she’s always found to be a source of lighthearted fun. 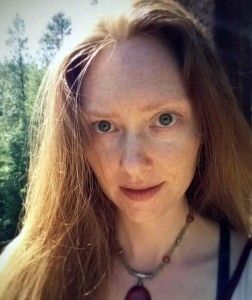 Beyond the jokes about gingers and other redhead labels, the hair color is the creative inspiration of her new novel, “Turning Red.” The book derives more than its share of content from Mannan’s own experiences. It follows protagonist Betty Brown, a quirky, nervous and, yes, red-headed young woman who moves to North Idaho, where her Uncle Frank has disappeared. The relocation provides a jump start to her average life, and the search for her uncle forces some impossible choices upon her.

The novel tone walks the line between quirky comedy and suspense as Betty Brown delves deeper into her investigation. The setting, meanwhile, provides both an idyllic mountain paradise and a series of locations with which Mannan is well-familiar. If you hold to the adage, “write what you know,” then you’ll find plenty of authentic details in “Turning Red.”

“People will recognize a lot of the locations in the books,” Mannan said.

Inspiration for “Turning Red” goes back nearly a decade. Mannan remembers developing ideas for it while pregnant with her son.

“You could say I gave birth to the novel and my son at the same time,” she said.

Of course, raising a small child tends to be a time-consuming occupation, so Mannan put her writing on the back-burner while she focused on being a mother. Now that her son is 8, however, she has a little more time to focus on her own interests and passions.

Writing has been chief among Mannan’s interests for nearly as long as she can remember. Both poetry and prose strike her fancy, and she’s released collections of short stories and poems. Her turn toward the novel 15 years ago was largely inspired by a letter and short story she sent to popular author Dean Koontz. She figured, considering his popularity, that she would receive any kind of reply in return—maybe a form letter at best. To her surprise, however, he sent her a personal reply saying he enjoyed her story and encouraging her to keep writing. 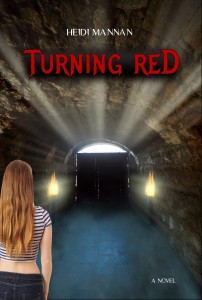 “That’s when I made the transition,” she said.

“Turning Red” is the latest of several titles Mannan has released, and it is available in both paperback and digitally. Just for fun, Mannan decided to release it in time for the eclipse that occurred last weekend.

“It just seemed like a good time to release a book,” she said.

Learn more about Mannan and her work at her website, www.heidimannan.com, and while you’re at it, check out the short stories, anthologies and poem collections available in addition to “Turning Red.”