What goes around comes around

Fueled by nostalgia, vinyl is back (and better than ever)

The Recording Industry Association of America noted in its mid-year 2019 report that vinyl records earned $224.1 million in the first half of the year, which is closing in on CD sales for the same period, which earned $247.9 million. If these trends hold, vinyl records could soon outsell CDs, a feat that hasn’t been achieved since 1986 (fun fact, Madonna’s True Blue was the best-selling album of 1986). 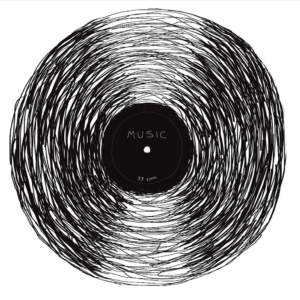 Even on the rise, vinyl still pales in comparison to digital and streaming sales, only contributing about 4% of total revenue during the first half of 2019. Paid subscriptions to streaming services like Spotify generated 62% of industry revenues. Also, since CDs average $13.32 each and vinyl records average almost double that at $26.06 each, it’s clear the costs are much higher to produce vinyl, so we may still be years away from the format officially surpassing CDs.

But one thing remains crystal clear: vinyl is back.

According to The Guardian, “Lonely, middle-aged men love vinyl.” The resurgence is not driven by younger adults wanting to embrace the novelty of a physical item, but by those wishing to stoke midlife nostalgia. According to London-based research data group YouGove, those most likely to purchase vinyl records were aged between 45 and 54, while those from the 18-24 age group were least likely to buy the old format.

Local collectors, regardless of age, have a variety of reasons why they are drawn to wax.

“The format is really interesting and it’s a connection to the past,” said Josh Hedlund, who has collected 800-1,000 records since his early teens. “One of the biggest things about listening to a record is the sound quality. There’s something unique about it — but also, it forces you to engage with the music more. When I sit down a put on a record, I listen to the whole thing. You’re not just skipping around like you would with an mp3. It keeps you involved.”

Racheal Baker — who is neither lonely, nor middle-aged, nor a man — collects and listens to vinyl because of the connection to her family.

“It reminds me of my dad, who has a huge vinyl collection,” Baker said. “I grew up listening to vinyl. I like the noise – that little crackle. It’s totally nostalgic for me. It was just so relaxing to listen to when I was a child, hearing that crackly noise and going through records with him. It developed into what I listen to now.”

Both Hedlund and Baker said they buy most of their vinyl from thrift stores, where old records can be obtained for as little as 50 cents.

Jeremy Holzapfel’s vinyl collection is a bit more specialized, thanks to his history of deejaying and mixing records for parties and raves over the years.

“I’ve probably streamed my collection down to about 400 records,” Holzapfel said. “I used to have thousands.”

Holzapfel said most of his collection amounts to singles, which he uses to sample hip hop breaks from.

“I especially like the feel of vinyl, especially when you’re mixing records,” he said. “I’ve tried mixing CDs and playing with the computer, but there’s a totally different connection when you’re touching the records and feeling the grooves. It’s the sound of vinyl itself versus the crispness of a CD or an mp3.”

For Tim Henney, whose age is higher than the fastest RPM one can play on a record and was lonely and middle-aged when Nixon was being impeached, vinyl reminds him of simpler times.

“My mom collected records,” Henney said. “When I put on Helen Forester or Peggy Lee or Rosemary Clooney, it reminds me of good times. It brings back memories of people who aren’t here anymore.”

With a collection of more than 1,000 records, Henney doesn’t purchase new titles anymore, but claims his collection spans generations of singers.

For those seeking to start their own vinyl collections, National Record Store Day falls on Friday, Nov. 29. This day — also celebrated on April 19 — aims to bring those who love the unique culture of records together with independent record store owners.

Local shop 7B Grooves, located inside the Cedar St. Station at 502 Cedar St., is a great starting point, with new and used records, record players and accessories and a knowledgeable staff that can help steer budding collectors into a lifelong habit.