‘We’re all in this together’

Citing the global coronavirus pandemic that has forced the closure of countless businesses and public gatherings, Festival at Sandpoint organizers announced May 4 that there would be no 2020 season of the concert series, which would have marked its 38th year this August.

“It is with heavy hearts that we have made a difficult, but what we feel to be the most responsible decision to postpone the 2020 Festival at Sandpoint season in light of the COVID-19 pandemic,” interim Festival Executive Director Ali Baranski wrote in a news release. “We know that a global pandemic does not stop at the Long Bridge and it would be irresponsible to gather 30,000 people this summer over the course of our two-week event.” 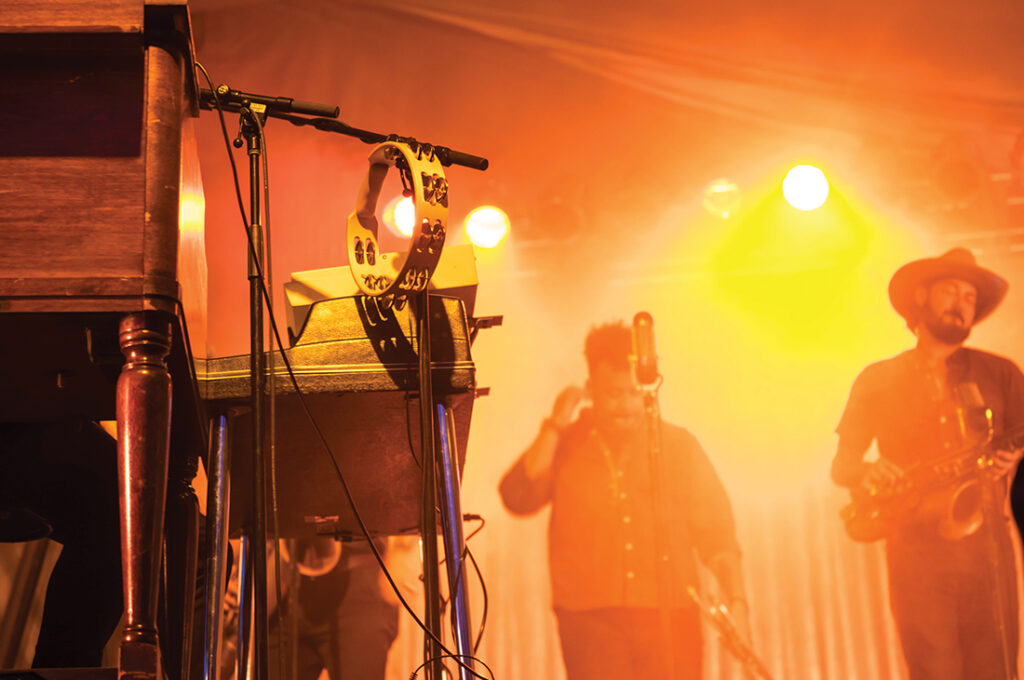 A photo from the 2019 Festival at Sandpoint. Photo by Racheal Baker.

The Festival is set to return July 29-Aug. 8, 2021. However, Baranski wrote, “It is possible that the Festival at Sandpoint will resume our education programs and produce smaller events prior to our 2021 season, but we will ultimately assess those opportunities as conditions evolve, and through the lens of prioritizing the health and safety of our fans, students and our community.”

In a separate statement issued in late March, Festival officials wrote that the fifth-grade outreach and youth strings programs have been canceled for the remainder of the 2019-2020 school year, though scholarship applications and auditions will continue with auditions conducted by video.

“The Festival at Sandpoint will need the help and support of our community and supporters more than ever and is gratefully welcoming donations [which can be given at festivalatsandpoint.com/sponsors-contributors] to help continue its 2020-2021 programs, and plans to hold a virtual fundraising event in the upcoming months in lieu of the two in-person fundraising events canceled this year,” Baranski told the Sandpoint Reader in an email May 6. According to Baranski and board, the handwriting was on the wall as artists and concert producers alerted The Festival that they were canceling the majority of their springtime shows and summer touring schedules were in flux.

“The economic relief The Festival could have created this summer was our biggest driver in not wanting to postpone the 2020 season, but ultimately could not be prioritized over health and life,” she wrote.

Based on research conducted by the organization prior to making its postponement decision, Festival managers identified “a natural decrease in tourism and spending that would occur even if we did hold a 2020 Festival.”

“Due to the pandemic, we do not feel the economic impact of The Festival would have been as great in 2020, as it has historically been in years past, due to drastically decreased tourism, economic hardship and the public’s lack of comfort attending large gatherings,” Baranski wrote.

The Festival’s postponement will without question put a dent in the community’s summer revenue. According to a 2013 economic impact report commissioned by The Festival and prepared by University of Idaho researchers, sales impacts from the event were forecast to reach $2.33 million and account for 32 jobs in 2018. By 2023, that number was expected to rise to $3 million and support as many as 43 jobs. The official numbers from The Festival organization put the current direct economic contribution from the event at $1.8 million, though “it is difficult to quantify,” Baranski wrote.

At the same time, the UI study underscored how many Festival goers traveled from out of town to attend the event — in 2013, totaling 31% from elsewhere in Idaho and 52% from out of state.

As Great Sandpoint Chamber of Commerce President and City Council member Kate McAlister said, “It will definitely be a hit to our economy — the same as losing other events like Lost in the ’50s [which has also been canceled due to COVID-19 restrictions on large gatherings]. It is not an easy decision to make for either the nonprofit, their employees or the community who counts on the volumes of visitors these events bring in; but, in these times, these are necessary difficult decisions. We will still have visitors coming here, we do now, just not the volumes who would be here for these specific events.

McAlister added, however, that travel analysts suggest that coronavirus social distancing measures may push tourists who would normally have traveled to large cities or attractions to instead look to rural areas for their summer recreation plans.

Andrea Marcoccio, who serves as executive director of the Bonner County Economic Development Corporation and is co-founder of Matchwood Brewing Company, said, “Our local economic recovery is a marathon, not a sprint,” and that the community is “small, nimble, and dependent on care and respect for each other. Relationships and collaboration are woven into the fabric of our local economic success.”

By that, she added, the strategy for economic recovery going into the summer is one of building “confidence and trust with consumers and tourists to reduce the negative impact of this pandemic.”

“If consumers and tourists feel safe, our local economy will be more likely to stabilize and recover,” she said. “[C]ommunity wellness is a key component of our long-term economic recovery and stability. This is not just about August — but our economic health for the long haul.”

Echoing McAlister, Marcoccio pointed to trends suggesting summertime travelers are hopping in their cars to enjoy amenities closer to home. In some cases, even opting for “stay-cations,” which helps to keep their dollars local.

Citing numbers from the Traveler Intentions Pulse Survey commissioned by the U.S. Travel Association, Marcoccio said 47% of 1,200 respondents reported in late April that they’d be making it a point to travel by car rather than air after COVID-19 passes, and 42% said they would not be roaming too far from their communities to find recreational opportunities.

“Folks will be looking for local options, like camping or road trips, that are more affordable,” she said.

For local businesses preparing with trepidation for a summer season lacking time-tested economic drivers like The Festival and Lost in the ’50s, Marcoccio said entrepreneurs should adjust their marketing to appeal to a younger crowd — in part by using online platforms including social media — but also reach out to the BCEDC, which has resources to offer for both financial assistance and expertise in a number of areas, from legal to accounting and marketing.

McAlister also underscored that the BCEDC “is a good way for a local business to get help whether it is financial counseling or paying for advertising.”

“We are a resilient community and region, and we will figure out a way to get through this time,” she said. “It’s cliché but true: We’re all in this together.”

According to Baranski: “The Festival at Sandpoint has overcome and endured its fair share of hardship this past year and I continue to be amazed by the integrity, perseverance, generosity and dedication that makes up The Festival board of directors, staff, volunteers and supporters. … [U]nfortunately we will have to wait a little longer to announce lineups, celebrate the artists coming to our town and gather, handshake and hug again in 2021.”