‘We are putting out a damn paper tomorrow’

Society is fueled by simple, everyday acts of courage.

Sometimes those acts are obvious, while other times, they’re more subtle. And this week, it’s tough to think of a better example of understated bravery than the staff of the Capital Gazette in Annapolis, Md., rallying together to put out a newspaper mere hours after five of their coworkers were murdered by a gunman. It was crystallized by reporter Chase Cook, who tweeted, “I can tell you this: We are putting out a damn paper tomorrow.” 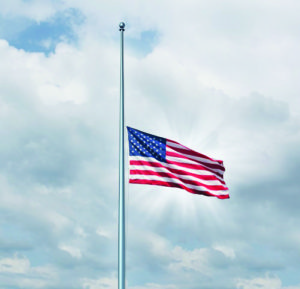 There is immense power in that simple, defiant sentence. It’s a battle cry and statement of purpose for the Fourth Estate. It tells the world, “You can insult us, you can harass us, you can attempt to de-legitimize us and you can murder us, but you cannot stop the free press.”

Honest journalists — those whose first loyalty is to the facts rather than any partisan cause or ideological creed — face a Sisyphean task in this era of bifurcated media, competing narratives and “alternative facts.” Ideologues of all political stripes question their motives, criticize their neutrality or simply reject their reporting out of hand. It can be a frustrating experience, especially when many public figures successfully reshape narratives — and rewrite reality in the eyes of their followers — without any commitment to the truth, ethical norms or moral responsibilities.

The vast majority of journalism jobs offer little pay for long hours. They’re jobs that guarantee, at best, a steady stream of criticism and, at worst, incidents of targeted harassment. Just about any working journalist today can rattle off a litany of stories about outraged messages, public confrontations and threats of violence. It’s a hostile climate that heats up with every tweet of “fake news.”

Despite all this, thousands of American journalists feel privileged to go to work everyday. Even at its worst, it’s a job underlined by a fundamental optimism that society can be better, that people can choose knowledge over ignorance and that, slowly but surely, the long arc of the moral universe bends toward justice.

“Those ideals are so perfect and so beautiful: to comfort the afflicted and afflict the comfortable. To give people the information they need to live. To teach you something you didn’t know. And yes, to challenge your beliefs,” Nyssa Kruse of the Hartford Courant tweeted in the aftermath of the Annapolis shooting. “… Please also know that no matter what, we’re not the enemy. We care about you and we’re always ready to listen.”

That’s as pure a distillation of what it means to be a journalist as one is likely to find. And it’s why, in good times and bad, in the tragic and the ecstatic, newsmen and women around the country will assert to the world: “I can tell you this: We are putting out a damn paper tomorrow.”