I’ve found no greater sense of kinship in this world than while sitting at a restaurant bar on a Saturday night in summer, surrounded by fellow food service workers after a dinner rush that left us all with new holes in our socks, new stories to tell of good and bad tables, and a renewed sense of appreciation for the only other people who fully understand what we just went through. 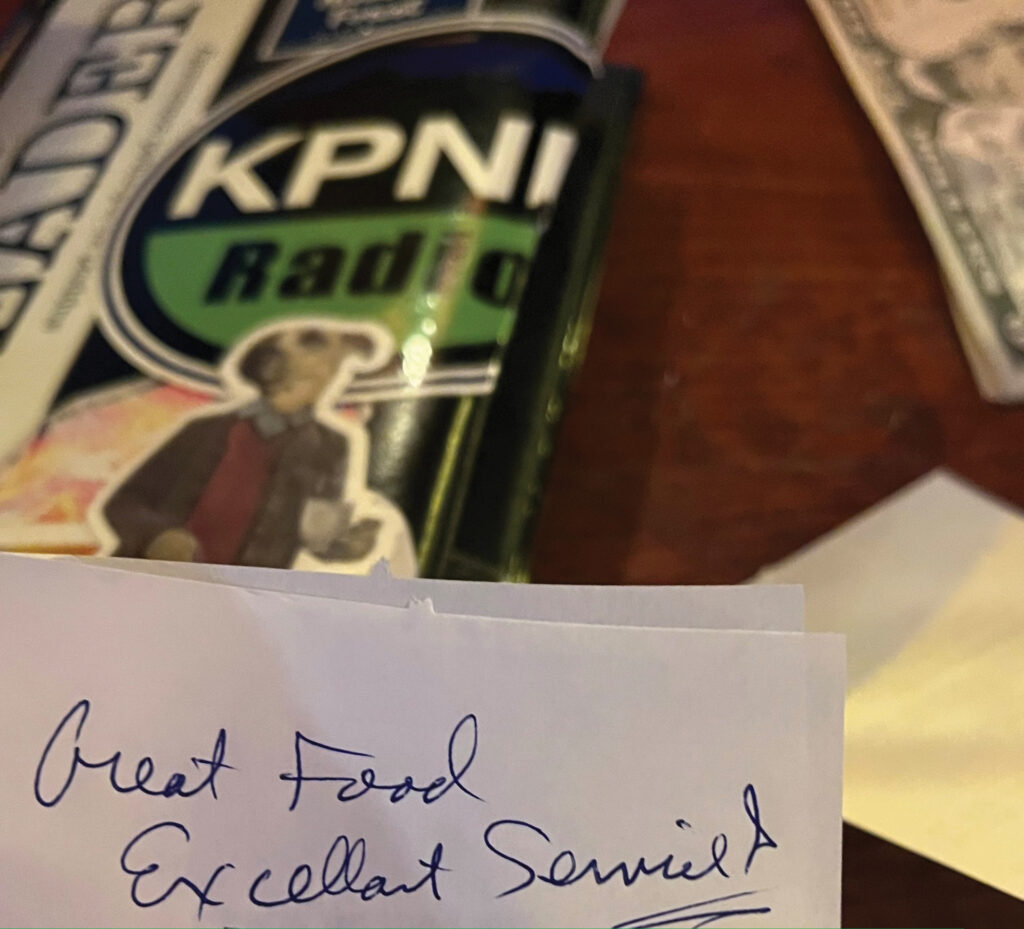 If this sounds at all hyperbolic, then you’ve never worked in a restaurant, and certainly not a lakeside establishment during the peak of tourist season.

I’ve spent my summers waiting tables since I was 15 years old. I got my first job at Holiday Shores Marina in Hope, back when the gas station held a small breakfast cafe. It was a baptism by fire as far as restaurant jobs go. I took orders, ran food, bussed tables, washed dishes and hand-tallied tickets. I did all of this over a seven-hour shift in flat-footed Converse high-tops, and then had the audacity to wonder why my back was always hurting.

My choice of footwear has since evolved, along with the fairness of the workload at the restaurants where I’ve worked. What hasn’t changed is my love for the job. I find serving to be fun. Many of the folks I met while serving as a teenager remain customers at other establishments where I’ve also worked, and I’ve had the chance to encounter incredible generosity through my time in food service.

However, it isn’t the relationships with customers that keep me coming back to the job; especially not at 11 p.m., with cash and a shift drink — both hard-earned — on the bartop in front of me. Instead, it’s the people who are also sitting there: the ones who helped bus the last table, wash the last wine glass and roll the last of the clean forks.

The fastest friends I’ve ever made are the ones with whom I’ve worked at restaurants. I used to think it was just good luck that the best people I knew were the ones beside me in the pass, when the chef called my name, ready to help me run plates; or teaching me to uncork a bottle of wine in front of a 12-top; or boosting my ego after a no-tip table who was upset about something that I could not control.

I’ve since realized that it wasn’t luck putting those friends in my path, but the caliber of person who’s required to successfully work in such a fast-paced and unforgiving environment. A crazy-busy shift will bring out a person’s most vulnerable side. It will also bring out profound resilience. Whether front- or back-of-house, food service folks are not to be underestimated. The hours are long and the payoff depends on an unfathomable amount of teamwork, humility and trust. It also depends on the customers — so be a good one.

I’m what many in the industry might call a “weekend warrior”: I work my serving job two or three nights a week in the summer and disappear mid-August to coach volleyball. Such is the rhythm of my year, and I’m thankful to everyone who supports me in doing so.

I am especially thankful to my friends who will continue to sling plates and mix drinks well past the busy season. I know how hard it is, and I know what you sacrifice (sleep, family time, sanity and more) to give North Idaho’s guests a dining experience to remember.

People who work restaurants year round are doing some of the most grueling labor in Bonner County. Cheers to them, and to anyone who knows what I mean when I say, “I’m in the weeds, 86 huckleberry and there’s some dead fries in the window if you want any.”