My view on Scotchman Peaks Wilderness

Scotchman Peaks, wild and remote, looms high above Clark Fork, Idaho and the Clark Fork of the Columbia River. Home to a small population of America’s remaining grizzly bears, this area contains the westernmost concentration in our lower 48 states. In fact, wildlife of a great many other species abound, including but a few years ago, sightings of Mountain Caribou – and an occasional moose or more. 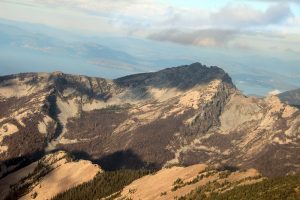 A beautiful, unique area from most anyone’s perspective, but today as in years past, it continues struggling to retain its fastness and isolation in the face of modern pressures, both social and political. These struggles are certainly not new to Scotchman Peaks, perhaps just changed somewhat in nature. One thing that remains unchanged however, is the political complexity of Scotchman’s straddling two states, Idaho and Montana.

Nearly 49 years ago, recognizing the high impact commercial commodity production would have on wildlife, many in northern Idaho, eastern Washington and northwestern Montana began the process of attempting to preserve Scotchman Peaks with the best tool available to the public: U.S. Congressional Wilderness classification.

In the intervening half-century, battles have been fought: any number of U.S. Forest Service decisions have come and gone. Mining Company interests have been met—and resolved. Potential timber production has finally been realized as marginal at best. Nine U.S. presidents have served in office. As well, any numbers of U.S. Congressmen have come and gone from office in these three states. Throughout it all, due to local citizen involvement, the fastness of these wild lands above the Clark Fork River remains intact.

The public has done about everything they can to present to the Congressional delegations of Idaho and Montana a still wild roadless area whose addition would be a jewel in our nation’s wilderness system. But the public cannot make this happen —only our U.S. representatives and senators can add Scotchman Peaks to our Wilderness system for future generations of Americans. It is time for them to do so.

While no two people agree on much of anything, the years have tended to flesh out legitimate concern versus self-interest. No, this author does not expect Scotchman’s legislation to be without dissent, but the majority of your constituents will support and thank you. I further suspect names of those representatives and senators, who take up Scotchman’s gauntlet through to the president’s signature, will certainly live on with those of Frank Church and Lee Metcalf.

In closing, your ultimate boundary is everything. The exact roadless extent is now well known both in Idaho and Montana, and many throughout the region endorse that boundary as necessary. Reduction for the sake of compromise is risky for several reasons, one being that an Idaho Wilderness designation must of necessity, not compromise a meaningful eventual Montana boundary.

Mr. Comola was privileged to have lived and worked in Northwest Montana for several years. He was involved in determining the actual Scotchman Peaks roadless boundary after RARE I (Roadless Area Review and Evalutation) and has worked with a great many others throughout the intervening years in the protection of the wild character of Scotchmans.