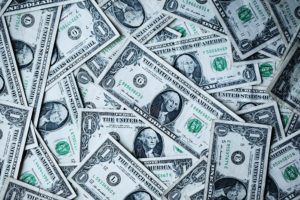 Rosedale announced on Aug. 8, which was only days before the county reached their semi-finalized budget, that by not taking foregone the budget would have been $2 million short. By taking the forgone, Rosedale said the budget would be only $204,000 short.

“The one thing that concerns me more than anything is that we go with the forgone, then suddenly we’re carrying more cash forward than we think, we all look like a bunch of buffoons sitting up here,” said Commissioner Jeff Connolly on Aug. 8.

Rosedale explained that last year when over $8 million was cut from the budget that the commissioners had “cut the low hanging fruit.”

“We’re at the knife’s edge of best-case scenario,” Rosedale said, referencing the estimated $4 million in carry-over the county is figuring into next year’s budget. He said that taking the forgone was the only way to be sure the county could operate within budget in 2019. “I’m on team Bonner County here. I’m just telling you that the car has been overheated crossing the mountain here. The fact that we don’t like that the car is going to overheat doesn’t change the fact.”

This “knife’s edge” is an apt metaphor for Bonner County’s budget situation. Operating within revenues has been McDonald’s goal since taking office in 2016, and this year, with that goal still in mind, the commissioners chose not to implement the 13 percent in forgone taxes. Instead, taxes will be raised the allotted yearly 3 percent and the county will focus on making more cuts.

These cuts are coming not in the form of services, but instead through procurement, attrition and miscellaneous budget cuts to better reflect actual spending, McDonald said.

McDonald said in the first year with a specific procurement position in the county, department heads placed only 10 percent of their orders through that avenue. He said 90 percent of ordering continued to be done independently by the departments.

Steve Lockwood, the Democratic candidate for the District 3 commissioner seat in the upcoming November election, has been following the county budget workshops closely. He said he attended the meeting where the lack of procurement orders was discussed. It’s just one example of how a lack of team-like atmosphere is hurting the county, he added.

“Instead of asking the (department) heads why they don’t use it, Dan simply issues an order to the group as a whole to use it. That isn’t the way to fix something,” Lockwood said. “The way to fix it is to talk about it — maybe it’s not as good as an idea as they thought it would be, or the departments need to be asked why it isn’t working for them and (how the system could be) improved.”

As far as attrition, to balance the $54 million budget, the commissioners calculated 15 positions to retire in 2019 and for those positions to be swallowed up, rather than rehired. Exactly which positions those will be is not known.

A big emphasis for the coming fiscal year is the implementation of monthly budget meetings between commissioners and department heads to control spending, McDonald said. He noted that a more easily balanced budget is hopefully on the horizon.

Even with all the cutting, most departments are seeing salary increases in 2019. Road and Bridge, EMS and Planning are seeing the highest wage hikes due to “market pressures,” McDonald said.

Road and Bridge Director Steve Klatt said his department is seeing a 20-percent increase in employment costs in an effort to keep operators with the county and hopefully attract more qualified employees.

“We need to show people that we respect the jobs they’re doing for this county,” Klatt said, noting that he’s lost several employees to the private sector in the last year. “I went to the commissioners, and we were in agreement that the county had slipped behind the marketplace with our operators.”

The Road and Bridge budget for the coming year is staying relatively the same, even with the 20 percent hike in employment costs. Klatt said this means the department will restrict money spent on new projects, and instead keep working on high-priority road maintenance.

Next year sees a 3-percent merit salary increase across most departments, with variations depending on market adjustments and compression, McDonald said. Commissioners saw a 7-percent salary increase in the new budget.

To balance the $54 million 2019 budget, the county took the 3-percent property tax increase and are utilizing $3.2 million in reserves for the new budget. McDonald said estimated costs are $49 million, coming in under budget. Still, close cost management is a priority in 2019, he said.

Rosedale said the commissioners are dedicated to making departments live “within their means” so that the 13-percent increase isn’t necessary.

“What they decided to do is go as close to the financial wire as they could, so they’re making everybody get very careful with the remainder of this year’s budget,” Rosedale said.

Public hearings regarding the 2019 Bonner County budget will be Monday, Aug. 27 at 10 a.m. and 6 p.m. at the Bonner County Administration Building.