The 50th annual Montana Shakespeare in the Parks tour will visit Sandpoint Aug. 20

William Shakespeare may have meant it philosophically when he said “all the world’s a stage,” but Montana Shakespeare in the Parks has been living that reality for 50 years now, treating various public spaces as stages across the American West. That may not constitute the entire world, but it’s a start, and one that people of all ages and means have been fortunate to experience free of charge for five decades. 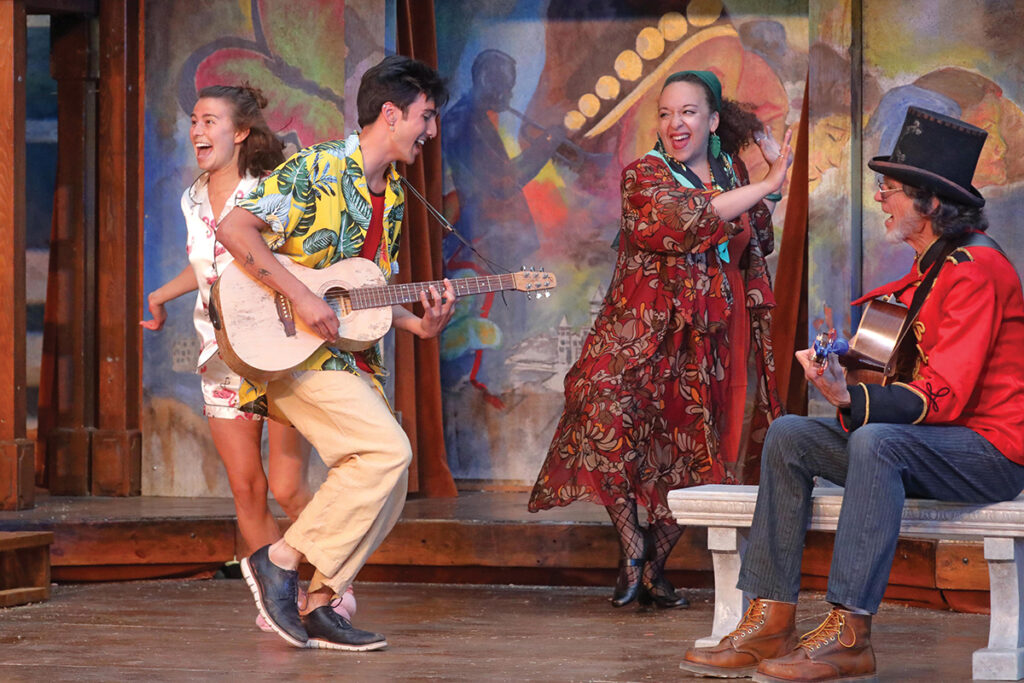 MSIP is an outreach program of Montana State University’s College of Arts and Architecture, and was “founded on the firm belief that Shakespeare belongs to everyone,” organizers state, adding that “the accomplished company of performers and staff work tirelessly to connect people, communities and the arts as they spread messages of unity and understanding.”

MSIP has made one thing clear: the works of Shakespeare, originally performed more than four centuries ago, remain timeless.

“This may sound a bit quirky, but when I attend one of his plays, I think of the history, [and] that I am having the same experience as those who first saw these plays over 400 years ago,” Dan Meulenberg, recently appointed coordinator of Sandpoint’s MSIP event, told the Reader.

MSIP will perform Shakespeare’s Twelfth Night in Sandpoint on Saturday, Aug. 20 at 5 p.m. in Lakeview Park, located at 901 Ontario St. A local youth string orchestra will provide entertainment prior to the main show. Attendees are welcome to bring chairs, blankets and food to this free event.

Meulenberg said he has loved Shakespeare’s works since reading parts of Macbeth in fifth grade, and has been attending MSIP events in western Montana and North Idaho since 1999. He said he was seeking a new volunteer venture last summer when the prior Sandpoint organizer announced their retirement.

“I could hardly believe my good fortune at this potential opportunity,” Meulenberg said. “I consider it a privilege to be able to help in some small way to bring live Shakespeare to Sandpoint.”

Meulenberg said that despite the centuries that have passed since Shakespeare originally wrote his works, his comedies are “absolutely hilarious,” featuring “certain scenes and certain characters and dialogue that will stick with you forever” and which seem “astonishingly contemporary.”

“Shakespeare has a gift for character development. He makes you care about the characters, both heroes and villains,” he added, noting that Shakespeare’s comedy Twelfth Night, which MSIP will perform in Lakeview Park this coming weekend, includes “mistaken identities, a woman who finds herself shipwrecked in a foreign land and who dresses as a man for personal safety reasons, star-crossed lovers,” and more.

“Through all of this, Shakespeare teaches lessons and also forces us to ask questions about love and romance, as well as family relationships,” Meulenberg said.

Sandpoint is just one stop on an expansive 50th anniversary tour for MSIP, which will take the troupe’s thespians and support staff across nearly 7,000 miles to perform in Montana, North Dakota, Wyoming, Idaho and Washington, always bringing their talents to parks and other public spaces in the name of providing accessible, family-friendly entertainment to rural communities.

“You can bring your own food and make it a picnic,” Meulenberg said, also noting that “it’s a chance to bump into friends that you may not have had a chance to spend time with during the summer.”

“As an author and playwright, Shakespeare is considered without equal in Western literature,” he added, “and here is a chance to see one of his plays performed on a beautiful summer evening in a beautiful setting.”

Learn more about Montana Shakespeare in the Parks at shakespeareintheparks.org.