This version of her

In life, some seasons feel like a relaunch, a new beginning, a brand new chapter. For Seattle-based musician Kate Dinsmore, that season is now.

From musical theater to lounge singing to front-girling for other people’s bands, it wasn’t until recently that Dinsmore started creating and performing songs under her own name. 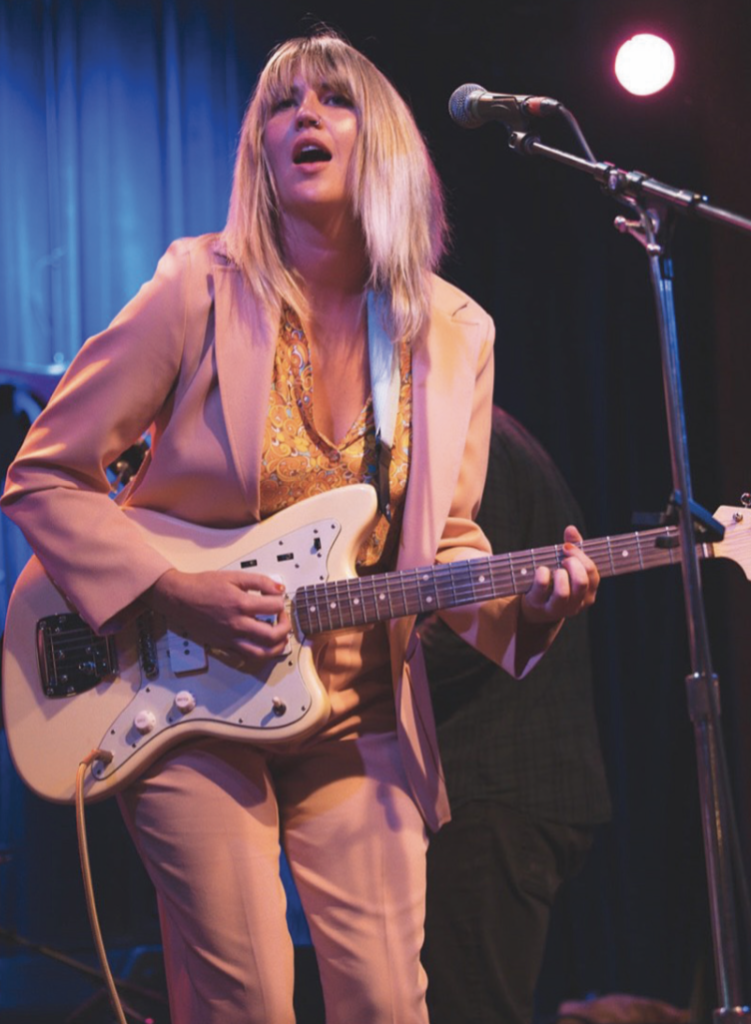 “Musically, it is so much more fulfilling than anything I’ve done before,” she told the Reader.

Dinsmore and her band will be at Matchwood Brewing on Thursday, June 16 at 6 p.m. as part of her “What’s the Point?” tour across the Pacific Northwest — marking the outfit’s first major outing from the Seattle music scene.

“That’s why I’m so excited for this tour,” she said. “It’s the first time I’ve taken my band out on the road.”

While Dinsmore says her music is generally categorized under the “Americana umbrella,” such a general term is a disservice to the soulful indie rock concoction she’s managed to brew up. Instrumentation aside, what makes Dinsmore memorable is her pipes. What it takes another artist to express in an entire chorus, Dinsmore shares in a matter of six words with both lyricism and gut-punching vocals.

“It’s Americana with a pop, indie flare,” she said. “There are soul elements, and I am a jazz singer, so there are a lot of those elements as well.”

With a choir teacher for a mom and an early affinity for theater, the Washington native has always found herself in the musical world. During college in Oklahoma, she found jazz singing, and spent a stint as a performer on a cruise ship.

“Then, there was just a series of me trying things out over the next, almost, decade,” she said. “This project, however, under my name, is the first time I’ve ever committed to writing my own music.”

That commitment arrived as a way for Dinsmore to start over after 10 years in Oklahoma, during which she said she spent a lot of time watching “from the sidelines” as musicians, including her then-boyfriend, worked. When she moved back to the Pacific Northwest, she decided it was her turn.

“That was a huge deal,” she said. “I grew up a very confident, self-assured person … and I lost a lot of that in Oklahoma. So, coming back here, it felt really great to reclaim my confidence and my artistry.”

That reclamation is on full display on Dinsmore’s 2021 EP Version of Me, including a title track that’s liberating, resonant and rich as honey.

“That was what I needed to put out in that moment, for myself,” she said, noting that a lot of her new music — which she and her band will play on tour — features a “groovier, poppier” sound.

As she launches into this new chapter under her own name, Dinsmore said she’s excited to “play in front of different audiences and see different places.”

“The response has been really positive,” she said. “It feels like it’s time to start expanding.”

Listen to Kate Dinsmore at katedinsmoremusic.com. See her perform for free at Matchwood Brewing (513 Oak St.) on Thursday, June 16 at 6 p.m.