The road to decision

It’s no secret that Bonner County officials dread choosing which of the county’s 679 roads get hard-surfaced and which do not.

Road and Bridge Director Steve Klatt said volume of traffic “is truly the measuring stick” for determining which roads are ultimately paved or given bituminous surface treatment (BST), and cost of continuous maintenance is another important factor.

A recently introduced and amended aspect of the Bonner County Roads Manual also plays into how and when projects get done: Locally Funded Improvements (LFI). 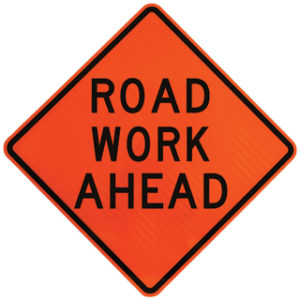 LFI projects use citizen funding to purchase materials, and in turn, the county provides the equipment and manpower. Bonner County Road and Bridge Engineer Matt Mulder said the concept was included in Version II of the roads manual, adopted December 2017, and required participating citizens fund 100% of material costs. After an amendment approved by the BOCC March 12 of this year, LFIs are now funded on a sliding scale. Projects under $50,000 must have all materials funded, $50,000-$100,000 projects require 90% funding, $100,000-$150,000 need 80%, and so on.

Mulder said the goal was to “establish a standard playbook to refer to so that if Bonner County wished to enter into a partnership of this sort, the procedures were well documented and the process established from beginning to end to make sure the project was successful, and ensure that everyone involved on both sides knew what the partnership would accomplish, and what its long-term limitations were.” He said the board can deny an LFI request if it is “not consistent with our current priorities for improvements.”

The BOCC approved an LFI March 26, agreeing to apply BST to 2.4 miles of Wooded Acres Drive in Sagle since members of the neighborhood — known formally as Wooded Acres Improvements LLC — are providing $100,000 to cover about 63% of material costs, according to Mulder.

Jerry Clemons, former Bonner County commissioner and assessor, raised concerns at the March 26 meeting, alleging the LFI system allowed people with “higher resources” to have their roads improved before those with “limited resources.”

Clemons told the Reader he’s been opposed the LFI concept since his time as a commissioner from 2001 to 2004.

“If somebody has waited, and they’re on a list to get their road fixed, and all of a sudden some folks that are wealthier jump to the front of the line — I never did think that was right,” Clemons said.

Commissioner Jeff Connolly said the idea that the LFI system favors wealthier neighborhoods isn’t something that came to mind while drafting the roads manual amendments with Mulder and Klatt.

“I don’t want to say it does,” Connolly said. “For me, that was never meant to be the case. This is a partnership between the county and people who want to get something done. Does it inadvertently favor? Hopefully not, because still our goal is to look at traffic count and maintenance and what that amounts to.”

That “list” is more of a concept than a concrete sheet of paper, according to Klatt, who said Bonner County doesn’t subscribe to the idea of a set project timeline.

“We really can’t point out, ‘We are going to do these roads in this time frame,’” he said, adding that creating such a structured priority system wouldn’t be realistic when it comes to budgeting. He said the “vast majority” of his department’s budget goes to “maintaining what we have.”

Klatt characterized the county’s project prioritization process as “nebulous,” but said LFI projects are a great way to mitigate the long-term costs of road maintenance despite concerns he said he understands.

“The department endorses the concept, and I also personally understand and empathize with people’s resentment,” he said. “It is a conundrum. Whenever the county makes a decision that is going to improve one road — and that usually means if it’s improving one road another road is being postponed — there is the proprietary resentment of the people whose road did not get chosen.”

In the end, the BOCC argues the LFI system is a wise financial measure that will ultimately save Bonner County money over time.

“If we can leverage the county’s money in any way to reduce the amount of overall and continuous maintenance, then that’s a good investment for the county,” Connolly said. “I just truly believe it.”