The Panida Theater: Where we are two years later?

That first trip across the Long Bridge was all it took to fall in love with Sandpoint. It was also easy to see, two years ago this month, that the Panida Theater was the heart of Sandpoint. 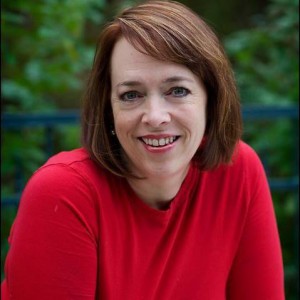 At that time, I was being hired to replace a director that had been on the job less than a year. This director had been hired to replace the stalwart, much-admired Karen Bowers, who had retired after 26 years. In many ways, Karen Bowers had become the heart of the Panida. Conversely, the director I replaced had made some changes that seemed to reverse the positive flow of community support that had been a necessary reality of the Panida since 1985.

After the many years of consistent successful fundraising for the Panida, his six- month experiment in reducing movies and productions and increasing expenses for a focus on rentals by businesses had created a void, where previously there was heart.

My early goals included revitalizing the heart and respecting the mission. My first forays in energizing our valuable venue and returning the intended mission included re-engaging community input, bringing important movies back to the Panida with increased showtimes, re-purposing the underutilized Little Theatre, expanding concessions and managing the newly added beer and wine license. This step involved improved and expanded relationships with movie distribution companies, exploring additional showtimes including matinees.

In addition to the Global Film Series, we brought in some classic movie showings, a youth series and expanded the variety of offerings, introduced a dinner theatre series, brought in high-speed internet to offer streaming of live shows of world class productions and added low-cost venue days/prices to nonprofits as a way to spur venue
rentals on traditionally slow nights, all while keeping prices for services as low as we could in spite of the vendor costs having increased.

So, where are we two years later? Our calendar is busier than ever before in Panida history with a concentrated effort to offer more. Movie attendance has grown steadily back and increased from previous levels and popular demand has created additional showings of well-received movies.

Last week’s record attendance showed us there is still an audience during the summer, traditionally a time the Panida was not open much. Sunday matinees have become a standard. It is not new to the long history of the Panida that
the movies pay for themselves but they don’t pay for all the expenses to operate the theater. It has always taken a committed fundraising effort from the board of directors. At the end of our fiscal year last year they were short of our fundraising goal and still reeling from the loss of income from the theater being closed for the ceiling restoration project. This year they are even further away and they will be more than $24,000 short of their fiscal 2016 goal.

Increased revenue has helped us maintain but this loss has left us underfunded. Fundraisers (including the ice cream booth at the Festival) and memberships are a part of how that goal is traditionally met. In 2015, Panida memberships, a voluntary annual donation from individuals, families, groups and businesses with some small tokens of reward, went up almost 250 percent over 2013 but fell again in 2016. We have recently had a board member take on the membership committee duties, to hopefully regain this effective source of badly needed funds and we hope this new attention will get the membership drive back on track.

This is an extreme hardship for the Panida. What is the most common thing I hear when I am out in the community? “We love the Panida.” Certainly, the community still does love the Panida—its offerings, the economic value to our downtown and the beauty it brings to all of us. When people aren’t aware their help is needed, they can’t help.

As a new fiscal year begins, new board members are being added and the new leadership will prepare a fresh approach to the fundraising needs of the Panida that’s required. Additional help is being sought to assist with valuable grant writing as well.

During a recent dance recital a small, contained fire inside the sound control box gave as the extra challenge of
updating a very outdated sound system. Meanwhile, I know calls for fundraising are easy to overlook and have a danger of sounding too familiar. The Panida staff and board has continually given a great return on investment to granting organizations, donations and membership support and we continue to need your help.

As I celebrate my second year in Sandpoint I am extremely grateful for the kindness that has been shown. I don’t take lightly the responsibility of caring for your most precious gem. The staff who go above and beyond to continue its care are deeply valued. The marketing support the Panida receives is of tremendous worth. The volunteers willing to help with theater needs as well as those who serve on a working board are one of our greatest assets. When people visit the theater for the first time they are always struck by its beauty and the fact the community has cared enough to preserve this rich piece of history.

The strength of the Panida reflects the strength of everyone who has donated time and money to its care and it creates a foundation for defining our sense of place. The Panida improves our community’s competitive edge for tourism dollars and for those companies trying to attract more of a workforce.

It is about more than art. It is about economics, stability, tourism and jobs.

As you are exposed to new, fresh, sincere requests to help continue to meet the needs of the Panida, please trust that every dollar will be respected and put to good use.

Where are we two years later? Yes, I had hoped that increasing revenue and lowering expenses would be enough to sustain monthly expenses, but I’ve learned your continued help is needed and necessary for us to remain vibrant. We are not where we wanted to be, but the future is bright.  I remain “passionately Panida” and very grateful to all of you.