Idaho makes some progress on standards and funding

For almost a century the American Civil Liberties Union has been in the forefront in protecting the people’s constitutional rights. For this column I will focus on the Sixth Amendment, which guarantees full due process to criminal defendants and their right to legal counsel.

In the 1963 case Gideon vs. Wainwright, the Supreme Court rendered a unanimous decision clarifying the right to counsel. Justice Hugo Black wrote that “reason and reflection require us to recognize that in our adversary system of criminal justice, any person hauled into court, who is too poor to hire a lawyer, cannot be assured a fair trial unless counsel is provided for him.”

The ACLU has filed suits in Washington, Michigan, Idaho, California, and most recently in Louisiana, arguing that these states have failed to provide adequate counsel for their indigent defendants. On June 17, 2015, in its first action against an entire state, the ACLU sued Idaho because its public defenders were “under resourced, overburdened, and are often overworked.” The work load of Idaho’s public defenders was on average twice that of what the American Bar Association recommends. 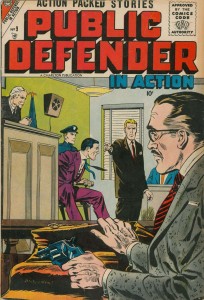 In addition to citing the lack of enough investigators and expert witnesses, the ACLU suit also states that “our plaintiffs have had to go before a judge for bail hearings, and even to enter pleas of guilty and be sentenced, without a lawyer present.” Many of them sit in jail because they cannot afford bail.

In July 2015 the ACLU filed yet another suit against Fresno County, where an understaffed public defender office serves 25,000 clients. According to an ACLU news release, plaintiff Peter Yepez “did not see a public defender until he had spent almost a month in jail. He had nine different public defenders between his arraignment and sentencing, some of whom told him they did not have time to work on his case and advised him to plead guilty despite strong evidence that he is innocent.”

On January 14 of this year the ACLU sued the City of New Orleans for severe deficiencies it its Public Defenders Office, one financed primarily by the fines that many of its poor clients have to pay. It is described as a “friendly” suit because the attorneys openly and regretfully admit that they have been forced to reject people sent to them by the city prosecutor.

Because of the crisis, 60 defendants sit in jail without legal representation, and the state-wide waiting list has grown to 2,300. One New Orleans attorney claimed that he already had 143 underserved clients and could not possibly take any more. In Louisiana and California a great majority of these defendants are people of color.

Returning now to Idaho, the Legislature passed two bills this session. One will hold the counties to higher standards for indigent legal representation, and it will allow the Public Defense Commission to take over the programs of any county that doesn’t meet them.

The second bill allocates $5.4 million for the Commission, which heretofore had no funding at all. It provides $4.3 million for grants to counties that meet the new standards. The balance of the funds will go to extraordinary litigation, and there is $550,000 to encourage small counties to merge their services. Currently only two do.

The rules for disbursing the county grants has raised some concerns. Small counties will be eligible for up to $25,000, but those with larger budgets will be capped at a 15 percent increase over the average of their last three years.

The problem is that counties such Blaine, which has done a good job of funding its public defenders, will do well, but those such as Bannock, whose attorneys’ work load is three times the national standard, will not solve its problems with a 15 percent increase. With the new bill treating all counties equal, there is no flexibility to put funds where they are needed most.

The bills have had the support of the Association of Criminal Defense Lawyers, and the ACLU’s Kathy Griesmyer announced that her organization was grateful for the new funding. However, she added: “We will be back here advocating for additional dollars as well as reminding folks that this is an instrumental step in addressing deficiencies in the public defense system.”

Ian Thomson, former Executive Director of the Public Defense Commission, is less sanguine: “I would be encouraged if this were a first step towards meeting the challenge of our public defense problems, but I fear that this may be the last step.”

Nick Gier of Moscow taught philosophy at the University of Idaho for 31 years.