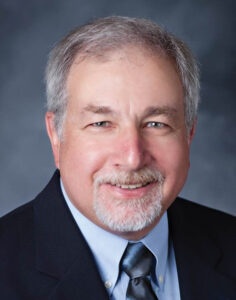 Well, it’s like a roller coaster. It can be a thrilling, adrenaline-pumping experience. Or it can be a head-spinning, stomach-turning nightmare. Or both. But in the end, after all the ups and downs, twists and turns, white-knuckled fist-clenching and primordial screaming, you wind up back where you started.

It seems every year the legislative roller coaster becomes increasingly more extreme. The plunges are deeper and the turns skew sharper to the right (ejecting some occupants from their seats). But in the end, the Legislature makes little or no progress by the end of the session. Here’s a midway progress report on the issues voters tell me they care about the most:

• Funding education without constantly voting on school bonds and levies: nothing;

• Transportation infrastructure that keeps up with the rapid pace of growth: zilch;

Instead, the majority party has spent most of the time on bills that are either self-serving, politically motivated or just plain head-scratching:

• Enabling the legislature to call itself into session anytime for any reason;

• Increasing the power of the Legislature over the executive branch;

• Making it easier for businesses to engage in price-gouging;

• A law to protect your kid’s neighborhood lemonade stand;

When the dizziness and nausea from the legislative roller coaster subsides, you can then head on over to the Fiscal Fun House! The Legislature is currently sitting on over $1.3 billion in a rainy day fund, a record budget surplus and an idle internet sales tax account. Instead of investing most of that money in education, infrastructure and vital services, the majority party introduced a bill that would divert a good chunk of it toward tax cuts that go mostly to businesses, the wealthy and the well-connected — while a family of four making less than $75,000 per year will likely see their taxes go up.

I and my colleagues have proposed legislation that will provide real tax relief for working families:

• Invest internet sales tax revenue in education, which would reduce the need for perpetual school bonds and levies;

• Increase the circuit-breaker allowance to help offset property taxes for low-income seniors and people with disabilities (which hasn’t changed since 2006);

• Repeal those portions of the $2.5 billion in annual sales tax exemptions that don’t deliver a fiscal benefit to the state.

Unfortunately, majority party leadership has thus far refused to allow these ideas to be discussed, debated or come to a vote. It looks like the Legislature may once again fail to prioritize working families over its political squabbles. It’s time to get off this roller coaster.

Rep. Steve Berch is a second-term Democratic legislator serving District 15 Seat A in Boise. He holds seats on the Business, Education and Local Government committees.