Before my husband and I joined forces to become arborists, I was a librarian. I loved it. The interaction with community and books and ideas filled my cup. Well, mostly it did. I admit that I often stared longingly out the windows, wishing I could topple the walls around me and be outdoors. 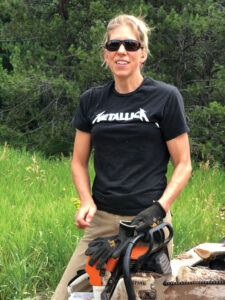 When the opportunity came to work outside with my husband, I jumped on it. Not only did I do it to be out in the elements, but also to make a living wage. My part-time work in patron services wasn’t exactly doing that. I supplemented my librarian living with work as an editor and columnist — neither of which pay well, either. Combined together, though, it sort of penciled out.

Skilled manual labor, however, was a revelation. Not only could we pay the bills, but we actually saved up a little in reserve. No longer was there a sense of impending doom when the car needed new tires or a cell phone crapped out. Though we still lived in a camper trailer together, those first few years gave us a sense of moving up in the world. We’d found a modicum of security and freedom. We could buy beyond PBR.

During this time, I still occasionally filled shifts at the library when needed. It was a good way to keep my toe in community and literary waters, feeling connected to things I still held dear. However, during those substitute shifts, I encountered an interesting array of patron reactions regarding my change in employment status. Some were excited for me, some were curious, but most reactions were along the lines of, Oh, you poor dear. Why in the world did you leave such a respectable job to do work like that?!? Never mind that my respectable job was paying me about $11 an hour. Never mind that I could make three times that running a chainsaw. Never mind that I was actually happy.

The perception was that the change from librarian to laborer was a downhill slide. I felt that I had somehow disappointed my community.

I admit that my first few days on the job found me questioning its respectability, too. When end-of-day clean-up found me filtering twigs out of rocks in a gravel driveway, I lamented the squandering of my college degree. Surely, I was not the kind of person who did this work, right? Such a thought begs the question: Who is supposed to be the twig filterer, if not me? Is there a type that belongs on the other end of a rake?

Once, on the job, I was asked if I had graduated from high school. It was a friendly question, born of simple curiosity and the desire to connect and converse, but… holy cow. The assumption was that, as a laborer, I was likely uneducated and making do with limited options.

Yet, all this points to the assumptions we carry about the kind of people who do and don’t toil behind computer screens. People who use their bodies for work likely do so because their minds are lacking. Or so the story seems to go. We manual laborers are just so many Scarecrows lamenting, “If I only had a brain,” because we’re all dying to get in on the Zoom craze, too.

The 1999 movie Office Space comes to mind when I think about this divide. White-collar Peter absolutely hates his job as a programmer at Initech — the tedium, his smarmy boss, the TPS reports — while his blue-collar neighbor, Lawrence, seems happy piecing together seemingly menial gigs.

At the end of the movie, with Initech in literal ruins after a disaffected employee burns the place down, Peter finds himself working side by side with Lawrence. This is the beginning of his new and contented life outside the office. 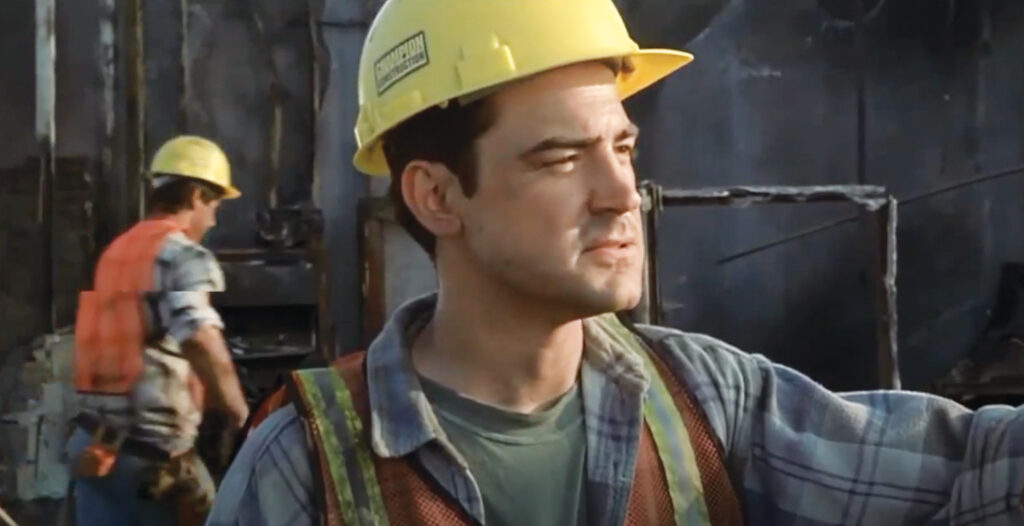 Soon after my transition from books to back cuts, my mother let me in on a little family secret: My deceased grandmother, before her passing, confided her fears that I wasn’t living up to my potential. Just thought you should know, Jenny.

Whether or not my grandma actually said this, I don’t know, but it did illustrate my mom’s backhanded point about my intellect, my education and my future. It was her oft-repeated phrase, “What will other people think?” in disguise. My mother was obviously not feeling the f***in’ A-ness of my new gig.

The thing is, though, my work is not that much different from that of my family before me. My dad sells heavy machinery. His father owned businesses in oil, gas and propane. My mother’s family ran the Monarch Feed and Seed Company for 75 years. I am just one in a long line of people working close to the earth. None of us has ever had to file a TPS report.

And maybe that was the problem for my family in initially accepting my work (they do embrace it now that it’s panning out). Parents always want better for their children. Often “better” looks like working with concepts rather than mechanics. “Better” is power suits rather than logging boots. “Better” is bodily ease.

In reality, “better” is what I’ve got. I love my job, and it supports my family. Makin’ bucks, gettin’ exercise, workin’ outside. F***in’ A.

Jen Jackson Quintano writes and runs an arborist business with her husband in Sandpoint. Find their website at sandcreektreeservice.com. See more of Quintano’s writing at jenjacksonquintano.com.