The extraordinary and brief life of Bob Marshall

Just who was this luminary comet of a man? This figure whose heart failed at the young age of 38 and yet at different times was a forester, philosopher, adventurer, athlete, arctic explorer, activist, labor spokesman, environmentalist, writer, romantic and jester? This man who, to quote one acquaintance, “never rested”?

And where did he get his massive reserves of energy? 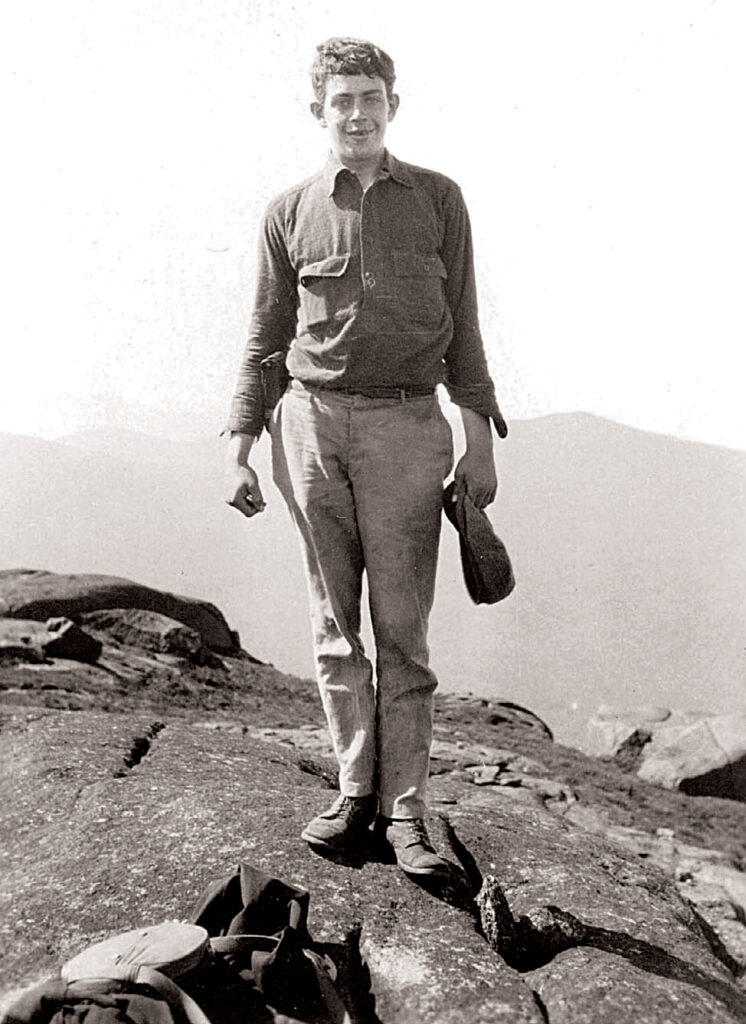 A young Bob Marshall in the natural environment he loved so much. Courtesy photo.

Reading about the life of Bob Marshall — the Bob behind “the Bob” Wilderness Area in western Montana — you can’t help wondering if he predicted his own demise. His brother George, who knew him better than anyone, dispelled this as myth, but many have jumped to this same conclusion because of the enormity of his life. “Living life fully” is something he promoted, and yet it seems he surpassed the boundaries of what a “full life“ normally entails.

Born in 1901 and the son of a constitutional lawyer, conservationist and civil rights advocate, Bob spent summers in the Adirondack Mountains where he fostered a love of nature and, along with his brothers, became the first to climb all 46 peaks over 4,000 feet. While he was always smart, he initially seemed to thrive more in the woods, seeking solace from school or social functions.

Certainly the crucible of his love for wild places, a progressive father, a sense of responsibility coming from being born to privilege and his boundless energy formed the basis of what we know about his life. But there are things — just as intriguing — that we’ll never know.

What we do know is that he was a visionary ahead of his time, pushing for wilderness legislation almost 40 years before the birth of the Wilderness Act in 1964. He saw wilderness access as a basic human right for every person at a time when massive amounts of land were being gobbled up by individuals and corporations.

Marshall came to thrive in the western U.S., and even spent a year in the Arctic Circle documenting the people, plants and geology of a remote Alaskan outpost for his book Arctic Village.

He was often remembered for his excessive hiking, sometimes 35 to 40 miles per day. If he had it in his mind to hike 40 miles and only did 35, he could be seen walking around his neighborhood to get the final mileage for the day. Long before the popularity of ultrarunning, he was rumored to have covered up to 70 miles in a day by running and hiking.

Marshall worked Out West as a researcher, forester and plant physiologist. Interestingly enough, while stationed in Missoula, Mont., he spent time at the Forest Service research station outside of Priest River. It was Bonner County where he worked on his first forest fire. There are colorful tales of these experiences and the roughshod group he worked with, but he was also starting to become active in the plight of the American worker and speaking out against the poor working conditions of the loggers, miners and firefighters.

In between working for the Bureau of Indian Affairs, the Forest Service and the Park Service, he managed to go Back East and earn advanced degrees, including a Ph.D. in plant physiology. He also visited D.C. to meet with government leaders and petition for wilderness legislation or talk about the rights of minorities and/or workers. He founded The Wilderness Society. He was a best-selling author and poet, but a list of his accomplishments does not begin to paint a picture of the man.

It would be easy to assume he was incessantly driven and serious, but this would discount Bob the jester. It seems many of his achievements were accompanied by playfulness, humor and his trademark easy smile. Children reportedly flocked to him, mothers mothered him and his research often stretched into goofy subject areas, like the number of times Supreme Court justices held their head in their hands in a single session, the reduced tree growth during election years or the number of eggs eaten/curses expelled by individual firefighters. (“Gosh darn” was the extent of his vitriol.) He enjoyed debate and could hold court with anyone, entertaining the likes of Franklin and Eleanor Roosevelt, Albert Einstein, Gifford Pinchot and Stephen Mather at dinner parties. But mostly he would wait for the end of the party to dance — apparently he was as tireless at dancing as he was at hiking.

What we don’t know is how this recluse who escaped into the woods grew into a gregarious socialite and conversationalist. In fact, despite all his writings, there is still a lot unknown about Marshall owing to all the time spent in the woods and remote places. And then there was his secrecy regarding his love life. After overcoming his initial shyness, women found him affable, even attractive. There was at least one woman we know he wanted to marry, and others who wanted to marry him, but his relationships never fully blossomed into wedlock. Marshall espoused the life of a romantic, but often his romance was with the land — or with life itself.