The dark and the light

A meditation on the power of gamers

Poor financial regulation. Reckless lending. Global pandemics. Many culprits have shaken Wall Street to its foundations over the decades. Last week, a new agent of chaos joined the list, this one somewhat more unlikely: Reddit gamers.

It wasn’t any great mystery how they did it, either. They simply used the same voodoo logic that underpins the entire financial system to beat billion-dollar hedge funds at their own game. All it required was internal cohesion, a clear-cut strategy, the ability to not blink under pressure and, most important, numbers. And that is one thing gamers have in abundance. 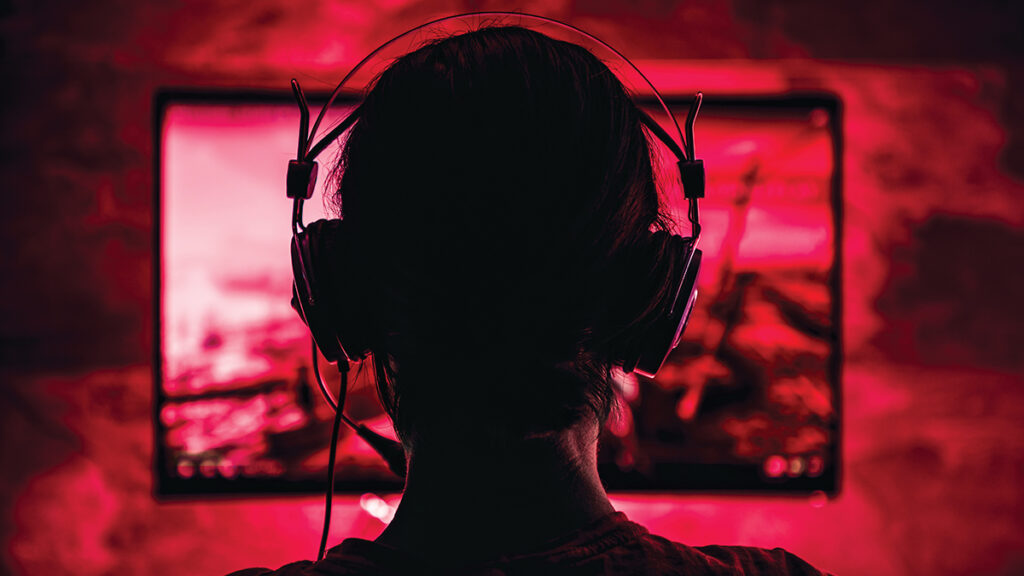 I’ve always disliked the term “gamer,” even though I sink more than enough time into video games to rightly earn the label. It’s a strange thing to hinge an identity upon. I love movies, too, but I’d never consider calling myself a “filmer.” It hardly captures the totality of who I am.

Nevertheless, I can’t deny that video games are a uniquely powerful force in the constellation of shared Millennial experiences. Gamers Of A Certain Age (a polite euphemism for aging 30-somethings) recall video games growing along with them, from the relative simplicity of the Nintendo Entertainment System to the enormous complexity of modern 3-D games. Technology that once struggled to draw more than a few three-colored 2-D sprites at a time can now handle physics engines, complex lighting systems and billions of polygons per microsecond.

That shared experience is powerful cultural mortar. It’s the foundation for online social platforms with millions of members and expressed through innumerable internet memes. It has launched the careers of commentators, analysts, critics, content creators, esports competitors and streamers. In 2020, riding a burst of pandemic-related demand, the video game industry surpassed the size of the global film industry and the North American sports industry combined.

All this is to say that the video game industry’s gravitational force is difficult to compare to anything else. Yet, all the numbers in the world can’t account for the intensity of emotion — a heady cocktail of nostalgia, enthusiasm and borderline obsession — that video games capture. That, more than anything, is why games are a cultural force that can unify huge numbers to accomplish great good — or significant harm.

Steve Bannon, former chairman of Breitbart News and adviser to ex-President Donald Trump, knows this. In 2014, he threw his support behind the Gamergate controversy, an online harassment campaign that targeted women within the games industry. From the beginning, the goals of the Gamergate campaign were ill-defined and largely a reaction against the increased influence of progressive values in game design. But for the women targeted by the campaign, Gamergate meant weeks of nonstop death and rape threats.

On a larger scale, Gamergate helped codify the lexicon, icons and tactics of the alt-right. Just two years later, the online right-wing movement played a pivotal, maybe even determinative, role in the election of Trump as president of the United States.

But right-wingers aren’t the only ones using video games to mobilize and activate. In 2019, progressive U.S. Congresswoman Alexandria Ocasio-Cortez signal-boosted a charity stream of “Donkey Kong 64” by popular YouTuber H.Bomberguy, which raised nearly $350,000 for LGBTQ charities. It was a lesson in the effectiveness of video game streaming as an organizational tool. Ocasio-Cortez now regularly uses streaming for outreach, attracting more than 400,000 concurrent viewers during a November “Among Us” stream.

With the GameStop stock story, and its surrounding ramifications, gamers are responsible for another seismic news moment. Opinions are divided on whether Reddit’s assault on Wall Street is a positive or a negative development; but, it’s undeniable that the moment has brought unprecedented attention to the vicissitudes of the financial markets, with some cultural critics calling it a more effective protest than 2011’s Occupy Wall Street ever was.

If there’s one prediction you can take to the bank, it’s that video games’ cultural power isn’t going anywhere. If anything, it’s only going to grow more powerful as technology improves and the range of available experiences expands. As popular entertainment, as a competitive sport, as a medium for artistic expression, games have grown to match more traditional, established formats.

It’s also unlikely that gamers, such as they are, will be anything other than wildly disparate in ideology and demographics. Once again, it’s only likely to expand as the medium itself expands. But if there’s a lesson to learn from the past few years, it’s that anyone seeking to impact the broader national culture ignores them at their peril.

Cameron Rasmusson is editor emeritus of the Sandpoint Reader.