When Tamarack Aerospace Group announced last month the first customer installation of its “ATLAS” active winglet system, it served notice that it is a major player in Sandpoint’s growing reputation as an aerospace center.

Engineering and test work is centered in a hangar just south of the airport FBO building while component assembly work and quality control is located at a facility on Ontario St. Tamarack currently has 25 employees, nine of which work at the Ontario facility. As Tamarack expands, it will add  employees, the company says.

Founded by inventor Nick Guida, Tamarack is now offering its active winglet system, which he describes as a “game changer,” for an entire series of Cessna business jets.  It is also being closely looked at by Learjet, Dassault Falcon and other business jet makers. 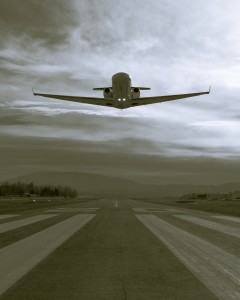 The first customer installation was on a Cessna Citation CJ operated by a private- hire firm in Zurich, Switzerland.  It chose the Tamarack system “because of the significant fuel savings and the extended range it will allow us to offer our guests, “ said JetPingu pilot Hugo Dobler.

“Today we installed the world’s most efficient winglets on a customer aircraft,” Guida  said.  “The active winglets are two to three times more efficient than previous designs. This is a very exciting milestone for everyone at Tamarack Aerospace.”

Winglets are the small upturned sections you see at the end of an airplane’s wings. Fairly new since the past decade, these winglets provide added lift and are key to increasing aircraft fuel efficiency,  critical to operators when prices for jet and aviation fuel are high. They also reduce takeoff distance, allowing operation out of smaller, secondary airports and allow higher cruise altitudes for “overflying” adverse weather.  Winglets are a standard feature on most new transport and business aircraft ranging from Boeing 737s and 747s and  a number of business jets.

Prior to “active” winglet availability, “passive” winglets required addition of strengthening structure to the wing – with resultant aircraft downtime required for the work. In contrast, Tamarack’s  “passive “ ATLAS  system incorporates a “load alleviation device,” an active control system actuator that drives small moveable surfaces to counter and alleviate wing  load, according to Hal Gates, an aeronautical engineer, who started work at Tamarack as an intern.

“That negates the need for additional wing structure, reducing downtime, “ Gates explains.  The Atlas system also increases aircraft stability when encountering in-fight turbulence, he adds.  Last January, the European Aviation Safety Agency(EASA) granted a supplemental type certificate (STC) for the Tamarack system to be installed on the CitationJet and its variants the CJ, and C J1.

In the U.S, FAA certification for the systems is expected this summer. Guida says.  “We are already planning modifications to larger aircraft for which we have predicted similar improvements in fuel economy,” he added. 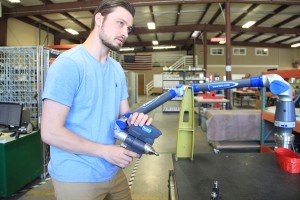 The approvals culminate a three-year program involving more than 300 flight test hours on its testbed CJ C525 aircraft. In 2013, the Sandpoint company signed an agreement with Cessna whereby the aircraft maker would sell, market and install the active winglets on its CJ series in the aftermarket.  (Installations take place at Cessna-authorized Textron Aviation Service Centers.

At the Ontario St. facility, “we do all the quality control, assembly, inspection and acceptance testing of the ATLAS components,” says Danny Hiner, production manager.   “We also kit, ship and run product support from the site,” he adds. The work includes that with composites but “we receive the components fully assembled to our type design. We do the final quality check on them.”