Switching to Plan B:

The Bonner County Planning Commission has a problem, one it’s struggling to resolve.

In December, the governmental body responsible for decisions on county land use and property regulations were asked by the Bonner County Commissioner’s Office to consider procedural changes that would lessen its own authority. The change would essentially remove the criteria and fees for appealing the commission’s decisions, effectively initiating a new review process overseen by Bonner County commissioners. Last Thursday, the Planning Commission remanded the proposal back to staff for retooling, delaying for a second time a final decision on the measure.

The proposed appeals change would be unusual enough on its own. But it’s just one part of an apparent philosophical shift in county planning, and that shift has seen the entire department upended.

According to Bonner County Commissioner Todd Sudick, the review of planning policies dates back to  an overhaul of the county comprehensive plan in 2007 and 2008. The resulting vision was land use policy that was quicker, cheaper and simpler for county property owners.

“After seven years it was time to review that change and see what made sense and what did not,” Sudick said. “In addition, the planning process was unwieldy and cumbersome. The citizens of Bonner County overwhelmingly wanted change.” 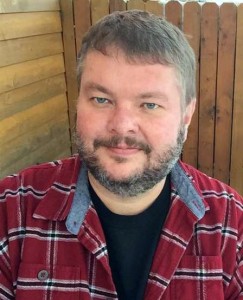 It’s that conflict between streamlined procedures and existing county law that cost former county planner Dan Carlson his job, according to his lawsuit filings against the county. In a legal statement of grievance filed against the county, Carlson said that he and Sudick clashed in August over the permitting process of a cell tower. Sudick was allegedly irritated by the requirement for Bonner County Road and Bridge to sign off on the project and wanted planning to find away around it. Carlson replied the procedure was a matter of county code and asked whether Sudick wanted him to break the law. According to statements from Carlson and several of his former co-workers, the confrontation was tense and heated.

“I perceived Commissioner Sudick’s tone and demeanor to be very intimidating and threatening as he had raised his voice to a yelling tone,” said Tina Smith in her statement. “I was very uncomfortable to hear my supervisor talked to in such a harassing manner, and it made me sick to my stomach.”

After investigating the claims and Sudick’s version of events, the Bonner County Board of Commissioners denied Carlson’s grievances in September and then fired him on Oct. 13. Carlson has since filed a lawsuit alleging the commissioners violated open meeting law when deciding to fire him. He has also submitted a tort claim for wrongful termination seeking $1 million.

Carlson wasn’t the only figure in planning leadership to face professional consequences. Longtime planning director Clare Marley was first demoted down to Carlson’s position after his firing. Two weeks ago, she was also fired.

As the commissioners move to reshape the planning department, their philosophy of fewer regulations and quick, streamlined turnaround is a guiding force. Even the planning director job listing advertised by the county sought a professional used to working within an environment of small government and limited regulation.

According to Sudick, the ultimate goal is a reshaped land use plan that serves the needs of Bonner County. He said previous policies were based on ill-fitting, generic code that established onerous and unnecessary demands on property owners.

“It must be Bonner County’s land use plan not a generic APA inspired document,” Sudick said. “Our last Comprehensive plan came from a county in Washington State and the  name was changed to Bonner County.”

Commissioners started on that path by relaxing building permit regulations in December, exempting some types of structures from the requirement and expanding the maximum size of structures allowed under permit.

The change concerned John Dowling of Panhandle Health District. With fewer notifications about building projects coming into his office, the likelihood of property owners building over their septic system or the space reserved for a replacement septic system. He said it’s a risk that comes with potentially serious impacts on public health, particularly for lakeside properties.

“Now [property owners] are free to do whatever they want because we aren’t the ones holding them up,” he said.

Then there’s the proposed change to the appeals process still under consideration by the Planning Commission. To limit spurious appeals, existing regulations to appealing a Planning Commission decision require that the case meets at least one of five requirements. An appeal also requires a fee. Given the often contentious nature of planning decisions, the regulations are designed to ensure appellants have a solid case.

The proposed changes eliminate both those requirements. It also mandates that appeals go straight to the commissioners for de novo consideration, meaning that all public testimony and deliberation during the Planning Commission wouldn’t necessarily apply to a final decision.

Planning Commission members worried the deregulation would result in a flood of appeals to the Bonner County commissioners. Commission members and residents also took issue with the de novo proceedings, which they felt hurt public involvement.

“Citizens who have written a letter or given testimony [to the Planning Commission] think, ‘OK I’ve been heard,’” said resident Molly O’Reilly. “And now suddenly they’re not heard.”

A final concern in both the appeals retooling and planning deregulation in general is an increased vulnerability to potential lawsuits. Worse still, government insurance plans typically don’t cover litigation from land use decisions, meaning the cost goes straight to the taxpayers. A lawsuit against Boise County’s handling of the Alamar Ranch project, for instance, resulted in a $4 million verdict against the government. The county ultimately had to raise taxes to cover the payments.

“Land use decisions can be some of the most expensive lawsuits cities and counties face,” said Jeremy Grimm, former department head for the Sandpoint Planning and Zoning Department.

Commission members remanded the procedural changes back to staff for tweaking. While most were in favor of expediting the appeals process, the removal of all protections concerned them.

“I get the attempt to speed up the process and make it less expensive on the public,” Planning Commissioner Steve Temple said. “What I don’t support is removing standards.”

Planning issues will likely continue to dog Bonner County as the year advances. The county’s search for a new planning director is ongoing. The Planning Commission’s final recommendation to the appeals process revisions is yet to be resolved. And a conflict between Alpine Cedar Mill and neighboring property owners over the business’ expansion plans is poised to become a grueling legal battle. As a homeowner, Grimm hopes this ongoing battle of planning philosophies won’t translate to lower home values or lost property sales.

“I worry that this could have a chilling effect on the real estate market,” he said.