Sweet sounds in a small setting

Vetiver returns to Sandpoint for a special show in March

The last time Andy Cabic of the popular folk group Vetiver played in Sandpoint, he stood on the biggest stage around at the 2015 Festival at Sandpoint. This time, the band will perform in one of the most intimate rooms in town. 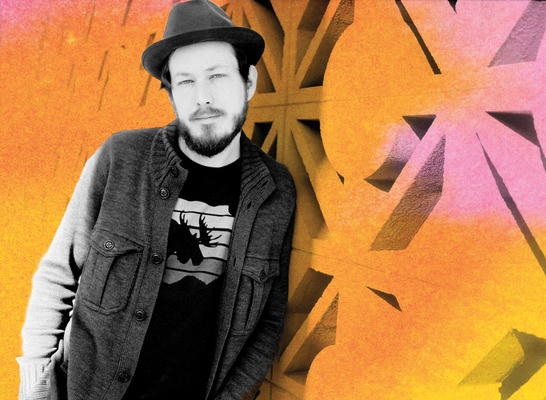 Vetiver will play a special show Sunday, March 20 at The Longshot (102 S. Boyer Ave.), presented by the Festival at Sandpoint and Katelyn Shook, sponsored by the Reader. Tickets are available for $15 and can be purchased in advance at festivalatsandpoint.com. If there are any left, tickets will be available the day of the show for $20.

Cabic’s music strongly resembles the sweet, fragrant grass for which his band is named. His songs are honest and fresh, carried forward with a thoughtful arrangement of acoustic instruments and melodic lyrics sung in his breezy voice. His is the type of music that sounds best with the window down on the first warm day of spring.

In his nearly 20 years of making music, Cabic has recorded seven studio albums as Vetiver, the latest release being Up on High in 2019, which captures the wistful mood from earlier records such as To Find Me Gone, released in 2006.

When asked in a phone interview to compare the recording process for Up on High with his earlier albums, Cabic told the Reader, “It was both the same and different. Same because I worked with the same producer and engineer that I’ve done all my records with — Thom Monahan — but it was different, because we’ve worked together so long on each album, we can look back on what we did before and talk about what we wanted to do differently.

Cabic said he gathered with Monahan, drummer Josh Adams and bassist Gabe Noel in a friend’s house near Joshua Tree, Calif., and laid down all the tracks before moving on to the final steps.

“It was a quick experience, then a prolonged thing that took place over many months,” Cabic said.

The result is an album that creates a feeling Cabic has developed as a brand: plaintive, thoughtful and introspective, with songs that keep your foot tapping and lyrics that make the synapses fire a bit faster.

Vetiver has shared the stage with many big names over the years, including Devendra Banhart, Joanna Newsom, Vashti Bunyan, Fleet Foxes, The Shins, Wilco and more. The band is currently on tour with the Fruit Bats, and is able to play this special Sandpoint show because of a brief window in touring.

“I’ve done less touring, as you can imagine, than I’ve done in years leading up to the pandemic,” Cabic said. “I’m just excited to be out traveling again and playing. I’ve only been to Sandpoint once, playing the Festival. My time there was very brief, but I got to walk around downtown a bit. I’m really looking forward to having more time there.”

Though Cabic is the driving force behind Vetiver, the band has undergone several different iterations over the years, which Cabic said he enjoys. The current tour will include Cabic, drummer Miles Wintner, Tim Ramsey on guitar and Aaron Olson playing bass. Fun fact: Aaron Olson is Bob Witte’s son-in-law. If you don’t know who Bob Witte is, you probably don’t live in Sandpoint.

“I’m really excited to play with these guys. They’re great musicians,” Cabic said. “The band always changes based on who’s around and available. … This lineup, they’ve all known each other a long time and they all live in L.A. except for me. … We did one tour with this group and it was one of my favorites I’ve ever done.”

Tickets went on sale for the March 20 show at The Longshot, which has closed as a business but is still available for pop-up music shows. The show is expected to sell out quickly, as a band of Vetiver’s caliber doesn’t often play intimate shows like these. Proof of vaccination or a negative 72-hour PCR test is required at the door for entry.

To listen to Vetiver, visit mamabirdrecordingco.com. For more information or questions about tickets, contact the Festival at Sandpoint by emailing [email protected] or by calling 208-265-4554.