Corps and LPO Waterkeeper ‘agree to disagree’ on the best solution

The vault toilet located on the Springy Point peninsula will soon be decommissioned, after the contents of the facility were found during routine spring maintenance to have solidified.

U.S. Army Corps of Engineers officials and Lake Pend Oreille Waterkeeper met Sept. 25 to discuss the issue. While the Corps is pushing for the removal of the outhouse due to cost, environmental restrictions and the existence of ample facilities across the bay at Springy Point Campground, LPOW maintains that the peninsula needs a bathroom due to increased use. 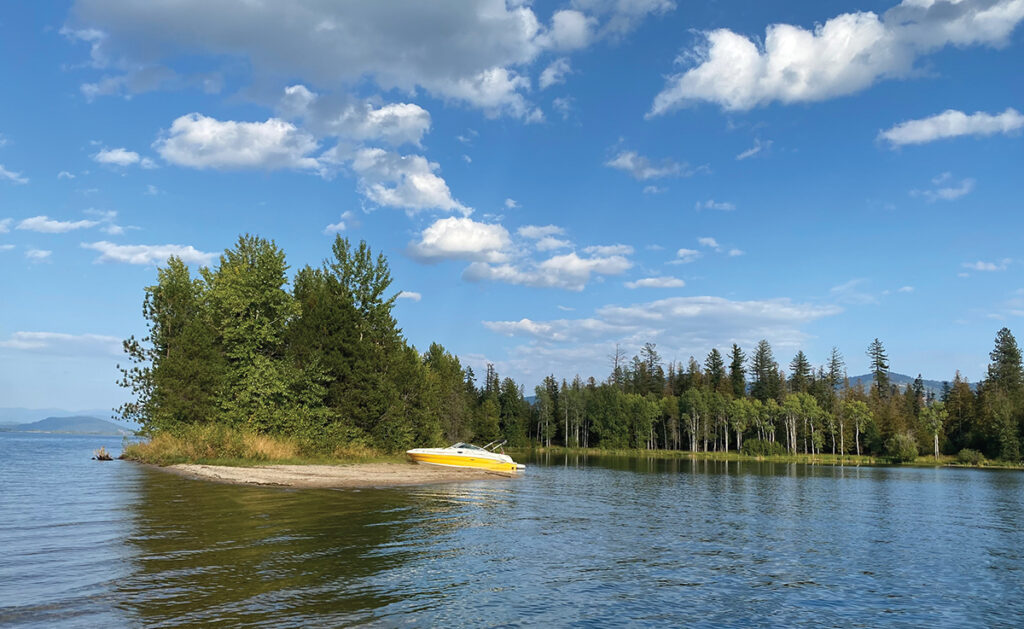 USACE Chief of Natural Resources Taylor Johnson told the Sandpoint Reader Oct. 6 that the Corps and LPOW “agreed to disagree on the path forward.”

“By assisting our visitors through proper education and enforcement I have faith that we can not only hold people accountable to keeping this popular day-use area clean, but also save taxpayer money by not duplicating a service already being offered just a few hundred yards away,” Johnson said. “Additionally, we’ll be removing a potential environmental hazard in an area prone to high water and erosion from watercraft.”

To shut down the facility, the outhouse and toilet will be removed, the top of the vault opened and lime sprinkled over the waste. Over time, the lime will deteriorate the waste, and a large mound of dirt — placed over the vault at the time of demolition — will eventually fill the hole.

Lake Pend Oreille Waterkeeper is working on behalf of several concerned boaters and neighbors to argue that repairing or replacing the current facility is imperative in order to maintain the cleanliness of the peninsula, which is prone to having trash, toilet paper and waste dumped on its shore.

During the Sept. 25 conversation with USACE officials, LPOW Executive Director Steve Holt said the Corps “made it clear that they have no interest in providing or maintaining a vault toilet for public use in that location any longer.”

“This is clearly an unfortunate situation as people are continuing to use the peninsula as an outdoor restroom,” Holt told the Reader Oct. 7. “It’s particularly frustrating as there is clearly a need, [and] permits and funding are available to install a new facility, we just haven’t been able to get buy-in from the major jurisdictions.”

Johnson remains hopeful that education and enforcement will improve the situation at Springy Point peninsula.

“I believe that the goals and intentions of the Corps and Lake Pend Oreille Waterkeeper for The Point’s cleanliness are the same,” he said.

There is not yet a timeline for the decommissioning of the outhouse.