About a week ago I was sitting comfortably surfing the net enjoying the fast wifi at my bearded companion’s house when I heard a gunshot. 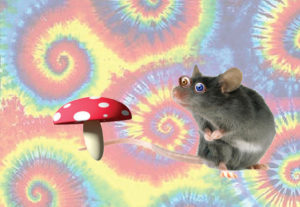 This rule dictates that the entire month of October has to be spent doing elk-related things, because you have to stake out your spots and then set up an elaborate camp and stalk your prey for days, and you can’t work or be expected to attend to trivial things like the birth of a child or your daughter’s wedding. It’s like Lent for Catholics, but instead of giving up booze or french fries for a month, you just give up all responsibilities until you shoot a hooved animal.

Also, what kind of a hunting story would that be? You just shot it, and then drug it back into the yard. There was no chase, no harrowing tale of outsmarting the beast, your life was never in danger, you had cell service? That is basically hunting blasphemy.

I sent out a text: “Did someone shoot something?” There was no answer. The dog was running around frantically searching for a window or door that he could escape from. Odin (the dog’s name) believes that it is squirrel season. I don’t believe he knows or cares about any other hunting season at this point. In his mind squirrels are the most horrific animals on the planet. There is nothing more satisfying to him then retrieving one after it has been shot down by his master. Yes, I understand that squirrel hunting isn’t really a thing, and maybe you don’t understand it. Only those of you who have a pine squirrel infestation would understand what it is like to hear their incessant chirping at 4 a.m. every morning and then experience the joy of them infiltrating and nesting in one of your sheds or garage. Or leaving the scent of squirrel piss and death in your insulation that has to be replaced before winter, should you want something like, oh, hot water.

Odin enjoys a squirrel hunt. I am not a gun owner or user,  but those squirrels piss me off. Before you go judging, do you like rodents infesting your home? I do not feel bad when a pine squirrel is shot down. A gunshot is a lot quicker than poison or a trap. Just saying.

In all fairness, this rodent issue has escalated into an all-out war. The squirrels joined in, but truth be told, the mice started it. One evening, I was spending the night at  Fort Lower Pack, and heard some disturbing scratching noises coming from  a dresser drawer. I wasn’t sure what it was, the bearded one told me that mice were probably in the attic walls, and there wasn’t much he could do about it. Cue his snoring and blissful sleep.

Meanwhile, I feared for my life, my health and my sanity for the next three hours until daylight. In the safety of daylight after some discussion, the dresser had to be checked. I opened the top drawer, and sure enough there were strange wrappers, mice shit and bits of tin foil and chocolate shredded in the drawer. I was like: “SEE! WHAT THE HELL. DID YOU HAVE PARTIALLY EATEN CHOCOLATE in this drawer?”

He looked alarmed. Finally, he would have to acknowledge the mice were actually in the bedroom, and it was all his fault for keeping his little chocolate stash and never even once sharing it with me. He was unnaturally pissed about the audacity of the mice, when… wait, shouldn’t I have been the one pissed? Denied my share of the chocolate and exhausted from the torment of the late-night mouse siege?

Finally he fessed up. Apparently the chocolate stash was some sort of hallucinogenic fungus covered in chocolate that he had been saving for months… for what? He didn’t have any answers. It was a gift, and seriously… what the hell? Now not only are we dealing with mice, but the mice are tripping balls and probably drug addicts? I took a few months off from staying there. When I closed my eyes at night I could only think of mice prowling around looking for their next fix.

After that, he’s been all mouse traps and shooting squirrels. Go figure.

Anywhoo, back to the gunshot and the elk.

I went outside. The pickup was gone, there were no fallen squirrels and the air was eerily silent. After the dog checked all the usual dead squirrel areas, we went back inside, wondering what the hell was going on. Ten minutes later the hunters came back into the driveway, elkless. The gunshot, was apparently a signal that it’s time to come in for the night. I should have known.

Seriously, this is what it is like to date a native.

And, as I closed my eyes to find sleep that night, I could  hear the faint sound of Pink Floyd coming from a mouse- sized speaker.