Saluting the jazz of Gerry

As a young boy in the 1930s, Gerry Mulligan fell in love with the sound of big band jazz. He pursued music in high school, which set him on a path to ultimate stardom in the genre. His path would cross with countless talented musicians during his lifetime — some of whom will be paying tribute to the jazz great Thursday, Jan. 30 at the Gerry Mulligan All-Stars Concert at the Panida Theater. 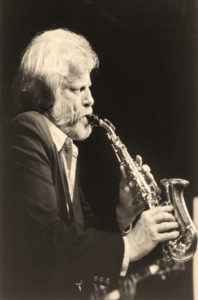 Revered as perhaps the greatest baritone saxophonist in all of jazz history, Mulligan made a career out of composing music and fronting bands that led the way in establishing the American jazz sounds of the 1940s and ’50s — including a stint as arranger and sax player in the big band fronted by legendary drummer Gene Krupa, which prompted the influence of ’40s bebop on his style.

Mulligan’s writing made waves as he featured on iconic jazz compositions like Miles Davis’ Birth of the Cool and set the tone for West Coast jazz with his piano-less Gerry Mulligan Quartet, which included no less than trumpeter Chet Baker, whose name to this day resonates in jazz history as a tragic genius whose immense talents went hand-in-hand with a devastating heroin addiction.

Mulligan, who died at the age of 68 in 1996, had nine Grammy nominations to his name, including a win at the 24th annual awards show in 1981 for Best Jazz Instrumental Performance, Big Band, honoring his album Walk on the Water. His first nominations came in the 3rd Grammys in 1960 for Best Performance by an Orchestra with The Concert Jazz Band and Best Jazz Performance, Large Group, with the Peggy Lee-Duke Ellington original number “I’m Gonna Go Fishin’.”

The Gerry Mulligan All-Stars Concert, which is part of the Festival at Sandpoint Chamber Concert series, will feature several jazz musicians who worked with Mulligan, including pianist Bill Mays, whose 60-year career has spanned from Hollywood to New York; bassist Dean Johnson, who spent 10 years in close collaboration with Mulligan; and drummer Ron Vincent, who also performed alongside jazz greats like Phil Woods and Bill Charlap.

In addition, the All-Stars lineup will feature trombonist Dave Glenn — former director of Jazz Studies and professor of low brass at Whitman College in Walla Walla, Wash. and a 10-year player with Mulligan — and baritone saxophonist David Larsen, an up-and-coming Spokane-based artist who also serves as director of Instrumental Studies at Spokane Falls Community College and has been called a contender for “one of the top baritone saxophonists in modern jazz.”.

The ensemble will pay tribute to Mulligan by playing his music, which persists today as some of the most cutting-edge compositions to set the stage for the modern jazz scene.