‘Seducing and Killing Nazis’ shows the brutality of fighting injustice

They were young women — 19, 16 and 14 — but they were killers. Hannie Schaft and sisters Truus and Freddie Oversteegen, respectively, volunteered for the Dutch Resistance during the Nazi occupation of Holland. Unlike their male counterparts, they had a secret weapon: young and beautiful, they could pose as so-called “Moffen girls,” the derogatory terms used for Dutch women and girls who carried on romantic relationships with German soldiers.

Dressed in attractive clothes and wearing powdered faces, mascara and lipstick, they were able to lure unsuspecting Nazis and collaborators on “dates” that ended in securing important information or in their deaths, either at the girls’ hands or those of another resistance member. 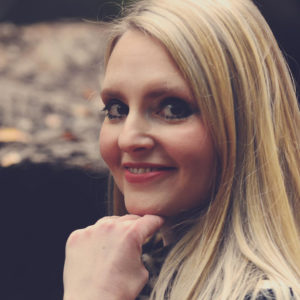 Decades after the war, Truus Oversteegen remembered the “liquidations” — “a nice word for killing,” said her sister, Freddie — as being necessary.

“That is the cruelty of war,” she said, recollecting an incident when she encountered a Dutch SS soldier who was in the act of murdering a baby by hitting it against a wall as family members were forced to watch.

“I shot that guy. Right there and then. That wasn’t an assignment, but I don’t regret it,” she said. “We were dealing with cancerous tumors in society that you had to cut out like a surgeon.”

That harrowing story and many others of bravery, cunning and necessary ruthlessness are recounted in riveting fashion by Dutch writer, lawyer, academic and 2000 Sandpoint High School graduate Sophie Poldermans in her new book, “Seducing and Killing Nazis: Hannie, Truus and Freddie: Dutch Resistance Heroines of WWII.”

Poldermans wrote the book after 20 years of research — including personal relationships with the Oversteegen sisters that date back to when she was 19 years old and reached out to Truus for a high-school history thesis project. From there, she struck up a friendship with both sisters — at Truus’ invitation delivering the keynote address at the 1998 Hannie Schaft Commemoration and later serving on the board of the National Hannie Schaft Commemoration Foundation.

Now, she is sharing her book on a tour from Chicago to the Seattle area and Sandpoint. Her Sandpoint stops include a lunch-hour presentation Wednesday, Sept. 11 at the Rotary Club — the organization that facilitated her foreign exchange year at SHS from 1999-2000 — followed by a book talk Thursday, Sept. 12 from 6:30-8:30 p.m. hosted by the Bonner County Human Rights Task Force and First Presbyterian Church at 417 N. Fourth Ave. Vanderford’s will have a limited number of books on hand. 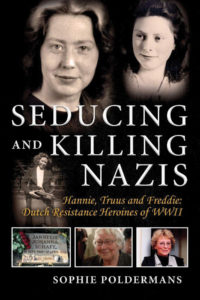 “The content of the book and the ideals of the three main characters run like a red thread through my personal and professional life,” she told the Reader in an email while en route from Chicago to Tacoma, Wash.

Though she has shared the women’s story many times, Poldermans wrote that she always wanted to present their experiences in a deeper way.

“I wanted to tell this side of history through a nonfiction narrative that is as objective as possible. References to facts, historical data, photos, maps and interviews with Truus and Freddie and people who knew them or were in the resistance themselves,” she wrote. “People who lived through the war are dying, so I was just in time to finish the book.”

Schaft was executed by collaborating Dutch officials in 1945 but Truus lived to be 92, passing away in 2016, and Freddie died one day shy of her 93rd birthday in 2018.

Beyond the headline-grabbing violence of some of their resistance work, Schaft and the Oversteegens were above all humanitarians: risking their lives to hide and protect Jews from deportation and murder, smuggling vital documents, bombing Nazi-occupied railways and otherwise serving in whatever capacity they could to fight back.

Schaft has long been considered “an icon of Dutch female resistance,” as Poldermans put it. It took longer for Truus and Freddie to receive equal recognition for their war efforts — in large part because, Poldermans wrote, “directly after WWII people wanted to look forward and not backward.”

Yet, their status as heroes came with a price. The “liquidations” they performed during wartime haunted both Oversteegen sisters throughout their lives.

“They never regretted what they did but they did have nightmares every year around Liberation Day (May 5) and were depressed and suffered from what nowadays would be diagnosed as PTSD,” Poldermans wrote.

Not only their actions but the toll they took on the Oversteegen sisters play a central role in the message Poldermans hopes readers take away from the book.

Summing up what she learned from her many years of research, Poldermans wrote in a Time magazine article published Aug. 30: “Fighting injustice and doing the right thing takes exceptional strength and bravery, and is harder and more brutal than you might imagine, but is crucial to a livable world. … [T]heir work in pursuit of the right thing was, by necessity, ruthless.”