The blog Scott posted is titled “A Contagion of Fear,” authored by a far-right anti-government pastor named Chuck Baldwin, whose Liberty Fellowship church in the Flathead Valley of Montana has drawn such extremists as Randy Weaver and neo-Nazi activist April Gaede. 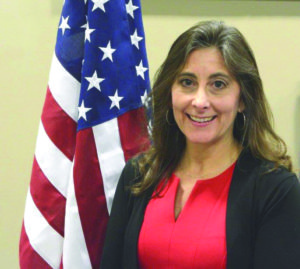 The preacher often rails against homosexuality, Islam and Zionists, peppering his online sermons with anti-government ideas.

“Today, there is a contagion sweeping the country alright,” Baldwin wrote in the article posted by Rep. Scott. “It’s a contagion of FEAR.”

Baldwin outlines several ideas labeling the coronavirus as a “hoax” and Dr. Anthony Fauci, the director of the National Institute of Allergy and Infectious Diseases and a member of the White House Coronavirus Task Force, as the “chief fearmonger of the Trump administration.”

Baldwin goes on to write, “If it’s not a hoax, the virus IS being used as a completely exaggerated, super-hyped, super-inflated psychological ops campaign against the American people – a coordinated full-court press of intimidation and fearmongering by the government, the mass media and the CDC. And disgustingly, many so-called patriot bloggers and broadcasters have also given themselves to grotesque fearmongering.”

In the blog article, Baldwin also encourages people to ignore warnings from the government and CDC to socially distance themselves to avoid spreading the virus.

“The government has no authority to dictate how many people choose to congregate for any peaceful purpose,” Baldwin wrote. “… what we are witnessing is Medical Martial Law. It is unadulterated, unabashed government tyranny. … We have far more to fear from Big Government tyranny than we do from any virus.”

When asked for comment as to why she posted a message that contradicted the Trump administration and CDC’s guidelines to avoid further outbreak, Rep. Scott did not respond after multiple attempts.

Those on her page, however, didn’t take long to hold her to task.

Dian Welle commented “Ma’am, I voted for you. I had intended to vote for you again. This irresponsible post has guaranteed I will not.”

Carol Stefanich Quinn wrote, “I am a person of faith and I would like to be with my congregation today, however, these are not fear-based messages we’re getting – these are safety-based messages. An ounce of prevention is going to go a long way.”

Orin Moses of Spirit Lake summed it up with, “Wow, I just wasted 20 minutes of my life reading. How brilliant your stupidity is!”