What Redoubters are looking for when establishing a ‘survival retreat’

Editor’s Note: In this final explanatory piece on the American Redoubt movement, we discuss what the ideal characteristics are when folks are looking for a piece of property. Next week, we will begin the second half of the series, which will explore the politics of the Redoubt and the effects the movement has had on the political environment of North Idaho.

For those seeking a place of refuge in the so-called American Redoubt region, there is no shortage of resources to explore in setting up a “survival retreat.” 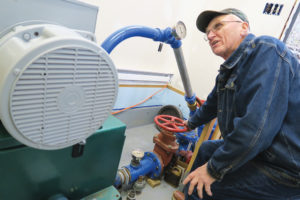 From the movement’s founder James Wesley, Rawles’ (sic) SurvivalBlog.com to local real estate agents like Todd Savage of American Redoubt Realty, detailed information is readily available for anyone willing to do the research.

In his blog post, “Introduction to the American Redoubt Migration Movement – Move to the Mountain States,” which he claims launched the Redoubt movement, Rawles outlines a checklist for people to follow in preparation for moving to a retreat locale.

“Buy land that maximizes your self-sufficiency,” he wrote. “Make a clean break by selling your house and any rental properties. You aren’t coming back.”

For Savage, it’s essential to outline a clear plan for his potential buyers on a website he operates called AmericanRedoubt.com.

“The key elements of any retreat property search are: Locale, location, water, food, energy, defense (and) safe storage,” wrote Savage. “After the retreat is built then you’ll need to properly stock it with Preps (pre-positioned supplies).”

Savage said the search for a retreat locale is the most important aspect to consider: “This single decision, normally the very first in the search and in accordance with your threat assessment, will often be responsible for your long-term success and happiness.”

Of course, there were people deciding to build retreats long before the Redoubt movement. Lloyd Wallace has lived all over Bonner County for 65 years, the past 22 of which have been spent on a defensible piece of property west of Hope.

“My geographic location-isolation was not my choice,” said Wallace. “I was born in Spokane and … my family’s economic situation demanded that we be self-reliant or go without.”

Wallace believes the Redoubt movement is a throwback to a lifestyle that goes back to the founding of the nation.

“We have been on this self-sufficiency quest for at least 50 years,” said Wallace. “It started with growing our own health food in the 1970s because we didn’t have money for health insurance.”

Over the years, Wallace has slowly turned his property into a haven which he feels is secure from any outward calamity. He positioned a driveway gate strategically near a steep cliff area to prohibit vehicles from entering the property, built garden boxes,  planted fruit trees and berry bushes and began work on a hydroelectric-power production system that draws energy from a nearby creek through gravity fed pipes.

“What I built is a water motor that needs neither diesel nor gas nor propane,” said Wallace. “It does not have a lot of moving parts to wear out, just two bearings and a shaft that rotates. It does not pollute, does nothing to the water to contaminate it. It only borrows the mass of the water and its weight and is not excessively noisy to the environment.”

Wallace’s hydro power system is primarily used to heat his home, which is also connected to the grid. However, Wallace’s system includes a 5,500-watt inverter that returns power to Avista, which they store as a credit for him to use during the months of August through October when water flow in the creek is at its lowest.

“It’s a lot of work, but it comes with the lifestyle,” said Wallace. “It becomes easier if you direct your whole existence around it, but I’ve found you have to enjoy the journey as well as the destination.”

Savage agrees that, after locating a survival retreat location, water is the most important aspect to consider.

“No matter how spectacular the property, make sure there is some type of primary water available,” wrote Savage. “Most rural properties will have either a drilled water well or a hand dug well with a cistern. … If you find a property in your price range that has the ability to install hydroelectric power, and it meets all the other criteria on the list, BUY IT. Hydropower is the most sought after power source for most Preppers.”

Savage said that of all the prospective buyers of retreat property, most are interested in going off grid.

“About 35 percent actually achieve this within the first year,” he wrote, “And about 50 percent within two years. It’s expensive if done right, but so very worth it when the grid goes down.”

For Savage, there are three distinct and primary property attributes that must be considered which all work toward the goal of becoming self-sufficient: “Abundant year-round water + alternative energy + sustainable food production = a property worth defending. It’s that simple.”

Next week: the politics of the Redoubt and what effect the movement has had on North Idaho.