The American dream is planted into our minds at a young age, with the idea of growing up, making a living and owning a home being a symbol of truly making it in this world.

This concept originated in 1933 in James Truslow Adams’ Epic of America, in which he wrote, ”It is not a dream of motor cars and high wages merely, but a dream of social order in which each man and each woman shall be able to attain to the fullest stature of which they are innately capable.” 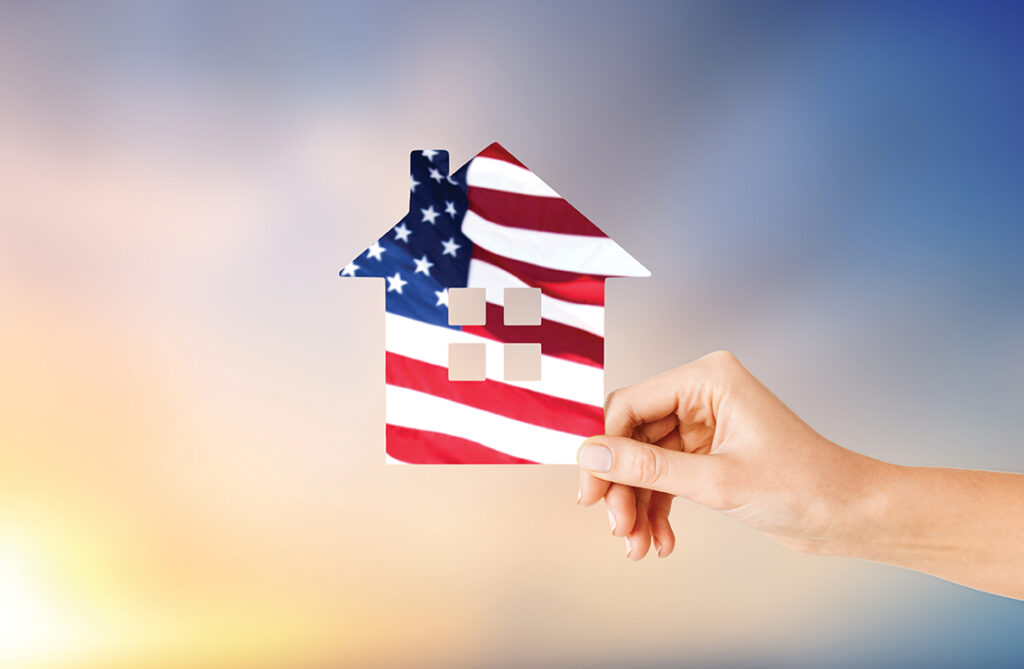 This ideology was bolstered by the Federal Housing Administration in the 1930s, when the government agency provided the modern mortgage structure we still use today. The difference between then and now, is that our home size in the 1930s was about 1,000 square feet and the average family size was  about 4 people. Today, our average home size has almost tripled, with many homes surpassing the 2,500-square-foot mark, despite family sizes decreasing to 2.5.

As the cost of materials, labor and new home prices continue to climb, and with modern homes being built with third and fourth bedrooms that sit empty 358 days of the year (which we’re now tasked to vacuum once a week), it begs the question: How much space do we really need?

While a larger home once stood for freedom, it now means having a larger mortgage, more home maintenance and repairs, and less time to pursue a living wage and passions outside of the house (a version of freedom millennials and gen-Zers aren’t as willing to accept as previous generations and with empty nesting boomers looking to downsize).

These ideas of growth and development, as they relate to idealized ways of living, have gotten a little closer to home in recent years, with migration to Sandpoint lowering the available supply and increasing the demand of both land and homes.

Before I fall into the trope of being another local condemning newcomers, I acknowledge that most people — even the generations-long local families — moved to North Idaho at some point. This makes the idea of a local a nebulous one.

So instead of spending energy discussing who should live here and who shouldn’t, I’d rather contemplate (through the lens of policy and change) the space we truly need to live and thrive as a community. Looking forward to what it would take to keep Sandpoint an affordable place to live, we’ll have to be more creative and resilient in planning and developing.

One such solution is adjusting policy in the county, allowing for centers of density and saving open space — a major reason why people move to North Idaho — while not subdividing every buildable half-acre into isolated neighborhoods, far from any amenities like grocery stores, gas stations and civic institutions. There is irony in the ability for one person to build a 10-bedroom home with an accessory dwelling unit, while another person on an identical and neighboring lot being unable to build a duplex or triplex and rent to multiple families.

Another solution to the higher cost of living in the county is “cottage housing,” which essentially doubles the potential residences on your project. Cottage housing residences have a few stipulations from Bonner County jurisdiction, but they provide that “missing middle” housing of smaller, more affordable homes. The allowed area per home is 1,500 square feet, which is a reasonable space for a two-bedroom, two-bath home and a sizable living room, kitchen and dining room.

The county also has stipulations for shared open space and this model lends itself to housing as a community. In the case of a one-acre lot zoned “suburban,” which typically only allows one residence, you can add a second residence following the “cottage housing guidelines.” With the addition of one tiny home, built on a mobile structure, you could potentially have three small families on a one-acre lot. This would lead to affordable housing by increasing the supply.

As an alternative to the cottage housing model, we can look at the example of a R-5 lot (five acres per single family home). A resident today can build the following: a single family home, a two bedroom ADU and the recently allowed addition of two tiny homes to park on a property (adhering to the minimum setback requirements of 25 feet at the road and five feet on the other sides). This would create the opportunity for one large family, a younger or retired couple, one fresh-out-of-school entrepreneur, and a local tradesperson to all live and share the same piece of land.

There is room on a five-acre parcel for autonomy and privacy, while also offering a sliver of community and as one’s own social cluster.

We are social creatures and sharing land is part of our DNA. This hub makes for simple and easy social connections.  It also takes a mortgage or construction loan of $800,000 to about $500 per month per resident.

The power to think creatively when it comes to homes, properties and participation within a community lies within every resident of Bonner County. Together, we can foster healthy density, affordable housing and a reimagined take on what it means to build an American Dream.

Reid Weber, a Sandpoint native is an architect at North Root Architecture. For the original article and references, see northrootarchitecture.com/north-idaho-housing-solutions.