Have you heard of the Kootenai War of ’74? The story begins with the Treaty of Hellgate. Ratified in 1855, it wasn’t until 1871 when the local Indigenous peoples — the Ktunaxa (Kootenai), Kalispel and Schitsu’umsh (Coeur d’Alene) nations, according to native-land.ca — were forced by President Ulysses S. Grant to join the latest “Trail of Tears” without a site survey and with no visit by Grant to the Flathead Indian Reservation to which they were forced. 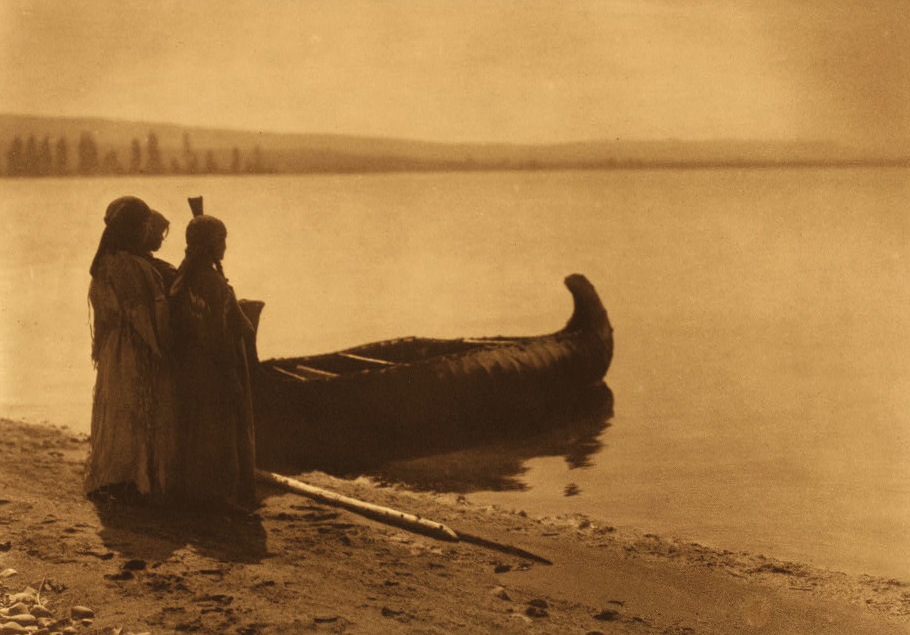 Ktunaxa (or Kutenai) girls, photographed by Edward S. Curtis in 1911.

The Ktunaxa, being willful and resilient people, initially refused to sign the treaty offered to these nations, which means that their land was stolen. In fact, the entire local region considered Ktunaxa territory was built on stolen land.

However, after being almost wiped out and forced into a small spot of land in Bonners Ferry, in 1974 these Ktunaxa people, often referred to as the Idaho Ksanka, requested to be allowed to reconsider the treaty. Upon being denied, they turned to declaring non-violent war on the U.S. government, insisting on being offered into the treaty in order to save their nation. This necessity to be included in the treaty was not voluntary, this was forced in the face of the extinction of an entire people. Their war ended in success, when President Gerald Ford agreed to grant them 12.5 acres, which today has grown to 2,500 acres of land.

To the people standing on the corners in Sandpoint hiding as cowards behind their masks holding signs that read: “Stop white genocide” and “White lives matter” and “No white guilt,” the land you were standing on was surrendered (by force of extinction) to the Treaty of Hellgate. It is shameful to feign oppression standing on an oppressed people’s stolen land, stolen by force of arms and genocide — all while hiding your face. You seem to want “oppression” so bad.

For further information, watch “What if the U.S. Honored Native Treaties?” and “Idaho’s Forgotten War” on YouTube. Also, access the app native-land.ca to learn about Indigenous territories, languages and treaties, and read the article “Blast From the Past: Treaty of Hellgate 164 years old today” on charkoosta.com

I acknowledge I am on stolen land, stolen by my ancestors; land now governed by a Constitution that is legally bound to uphold the treaties as the law of the land.

See how easy that is? We can at least face the sins of our grandparents by knowing our history, and feeling the natural human soul-response called guilt, meant to ignite actionable change.

Sandra Nicholson, is Cymraes ydw i, a Welsh woman, written in Cymry, her native language, and living in Ktunaxa/Kalispel/Schitsu’umsh national territory in the Kamanquku (Sandpoint) region.