‘Between Earth and Heaven’

The newly formed North Idaho Philharmonia wowed attendees at its inaugural concert in December 2021, and Artistic Director Jan Pellant plans to bring down the house again with a second concert, slated for Friday, March 25 at the Panida Theater. The doors will open at 7 p.m. for a pre-show chat with Pellant, and the performance will begin at 7:30 p.m., featuring a 32-piece orchestra playing works by Mozart, Saint-Saëns and Dvořák.

“The concert will begin with Mozart’s Symphony No. 5,” Pellant told the Reader. “Mozart was only 13 years old when he composed this piece.” 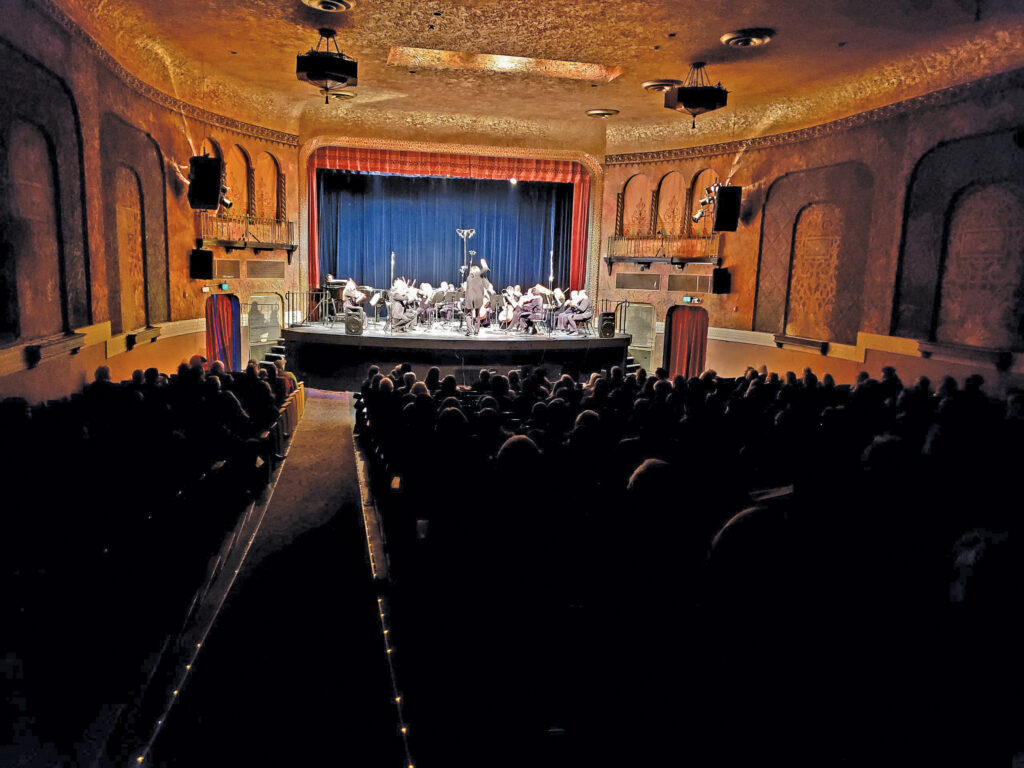 Containing three movements, Mozart’s Symphony No. 5 is a “very energetic, lively piece,” according to Pellant.

Following Mozart, Pellant will lead the orchestra with 19th century French composer Camille Saint-Saëns’, “Carnival of Animals,” which features two pianos and an orchestra of more than 30 performers in 14 movements.

“The pianos and orchestra are imitating voices and sounds of all kinds of animals,” Pellant said. “It’s very friendly, easy going music that is great for families.”

After a brief intermission, the Philharmonia will play the works of Czech-American composer Antonín Dvořák.

“I’m originally from the Czech Republic,” Pellant said. “North Idaho has a very similar landscape as Czech Republic, so I thought this would contribute to this wonderful community and landscape.”

Dvořák’s symphony has five movements and expresses the people who live in the villages, depicting how they dance and enjoy their lives.

“It’s a very melancholy piece, but at the same time, is filled with all kinds of moods: happiness, sadness, anger,” Pellant said.

The North Idaho Philharmonia will also play a second concert Saturday, March 26 at 2 p.m., which is only an hour long and caters more to families. This concert will include the “Carnival of Animals” and works by another French composer, Maurice Ravel.

Soloists include Dr. Matthew Goodrich and Melody Puller, both Sandpoint residents and piano instructors at the Music Conservatory of Sandpoint. Sarah Caruso and Kent Kimball will also contribute to the orchestra as spoken word artists, guiding the audience through the “Carnival of Animals” while the music plays.

The Friday, March 24 concert will include some information about the war in Ukraine, as well as a call for donations to help support those affected by the conflict.

“This concert is a little reminder of what’s going on over there,” Pellant said. “Our hearts go out to the people in Ukraine and with this concert together we can raise funds to help.”

A portion of the ticket proceeds will be donated to the Ukrainian Red Cross to help during this humanitarian crisis.

Admission prices are $15 for students and $30 for adults, and tickets can be purchased at sandpointconservatory.org/northidahophil, at MCS, 110 Main Street in Sandpoint, or at the door on the day of the show.