When the Sandpoint Reader began its second incarnation in January, it was considered a crap shoot. Free weekly community print publications are disappearing all over the country, and to revive what was a solid part of the town’s media took a lot of gumption and hard work. 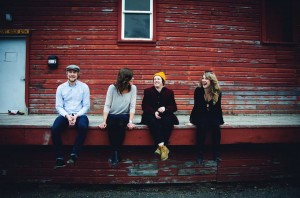 Publisher Ben Olson and editor Cameron Rasmusson have made that hard work pay off. Now it’s time to celebrate. And celebrate we will, when the Reader hosts a night of appreciation featuring four local bands at the Panida Theater. The fun begins 7 p.m Saturday night in an evening billed as “The Reader Fundraiser Show.”

“Both Ben and I are really happy that the Reader is still kicking and going strong. We wanted to recognize and give back to those who have contributed to things going well,” Rasmusson said . “We’re going to try to get as many of the contributors to our paper out to the show as we can, to show a little appreciation for their work. It’s going to be a really fun night.”

“We’ve got so many people that care about the Reader and who want to see it succeed. This is a way for us to use a little bit of money in a different way to help improve the paper.  I want to turn this into a yearly tradition,” said Olson, “We do the monthly Live At The Office events. They’re usually held here at the office, but this one, we’re moving over to the Panida.”

“So it’s a super-sized Live At The Office?” I asked.

“It’s a super-duper-super-sized thing,” Olson replied. “We can fit 490 more in at the Panida…and maybe just 25 here in the other room.” 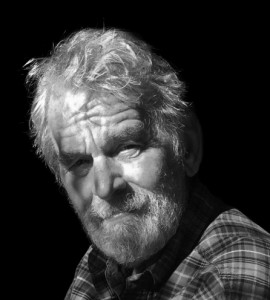 The event brings an opportunity for some quality local entertainment, some door prizes and just an all-out celebration for the success of the paper. Ticket prices of $10 in advance and $12 the day of the show promise to be a value with four well-known acts on the Panida stage.

“Charley Packard is on the list first, because Charley is a legend in this town, and he draws a lot of people out of the woodwork whenever he plays a big show. People in town just love everything he does,” said Olson. “Charley and Karen have been big supporters of the Reader and we really wanted him to be a large part of the show.”

“Josh is an amazing songwriter. He writes folksy songs that are very raw, that you can’t help but dissect in a few different ways.” said Olson.

Rasmusson agreed, adding,”Josh has a certain level of authenticity … that really speaks to an experience that you can really relate to. He’s a terrific musician.”

Third up on the Panida stage will be the band Harold’s IGA, featuring none other than Olson as frontman. 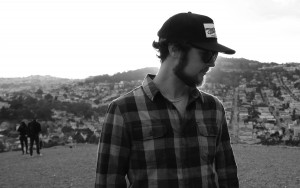 “Yeah, my band is playing,” Olson said. “Mainly because the fee I’m waiving makes it much easier on the budget. We just got a new drummer, Josh Vitale, which makes us a four-piece now. We’ve got kind of a new-ish, fuller sound than what we’ve been playing, so that’s kind of exciting. I’ve actually never played a show at the Panida. Even if I had to put myself on the bill, I’m still very happy to play there.”

“They have a really good harmony structure and a really cool vibe that’s going on and they’re starting to get some attention. I thought they’d be a great band to close out the night because they have the kind of “wow factor.” When you leave the venue, you take the performance with you,” Ben mentioned. “I love the fact that it’s a complete variety of musicians. Charley and Josh have their own things going on, and you have Harold’s, which is kind of indie-rock-ish and then you have Mama Doll, which is somewhere between indie and folk rock.” 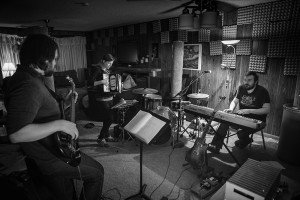 “But stylistically, [they’re] also completely different, which gives the night an absolutely unique flavor,” Rasmusson added. “I think the people are going to be really impressed.”

Great music, door prizes, local beer and wine and support for a local institution? I know my Saturday night calendar is filled. I’ll see you there.