For over a decade, the Banff Mountain Film Festival’s Radical Reels tour has been bringing Sandpoint a night of action-packed storytelling where the outdoors rule and crazy characters take on feats worthy only of a big screen.

But sad news for the action sports film junkies who look forward to Rad Reels each year: this year, the event’s 14th at the Panida Theater, will be its last. 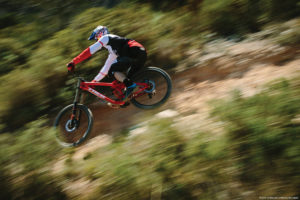 Still frames from some of the selected films playing at Radical Reels on Oct. 14. Courtesy photos.

“I’m like, ‘doggone it,’” said event organizer Michael Boge. “This is the final hurrah.”

Boge brought Radical Reels to Sandpoint as part of BMFF’s pilot program. The event is meant to highlight adrenaline films, and the Panida was one of only six locations worldwide to host the show. This year’s show is Saturday, Oct. 14 at 7 p.m.

“What I like is that it’s not just head-banging items. There’s a story about it, like ‘this is how we got here,’” Boge said about the types of films that make it on the Radical Reels tour.

He said that in the interest of efficiency, BMFF is going to end Radical Reels, and Boge expects that will mean the festival’s main tour will adopt the action components Rad Reels is known for.

“I love working with these guys because they’re obsessed with doing a good job,” Boge said of the BMFF crew. “They want really good shows.”

The 2017 Radical Reels tour features eight films from the U.S., Canada and France that tell the stories of climbers, free-fallers, bikers, kayakers and other limit-pushers exploring some of the most remote parts of the world.

Having been to shows across the region, Boge said Sandpoint never fails to be one of the more lively crowds when the Banff Mountain Film Festival and the Radical Reels tour visit. 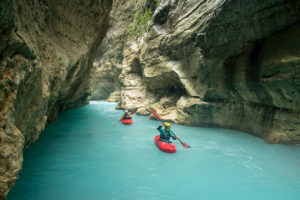 “They like to have a great time — I’m always proud of that,” Boge said. “This is one of the best things I’ve ever done in my life. It’s really opened my eyes.”

The doors open at 6 p.m. and the show begins at 7 p.m. Tickets are $15 in advance (sold at the Alpine Shop, Eichardt’s, Outdoor Experience, Burger Express in Sandpoint and Burger Express in Bonners Ferry) and $19 at the door.